Alpha & Beta
Alpha and beta's roles are very similar to Clan leader and deputy. They, along with their respective mates, lead the pack and lookout for their well being. Ultimately the alpha has the final say on any matter. (Note: any gender may be alpha/beta.)


Medics
The medic is the Pack’s healer. They devote their lives to discovering remedies and treatments to aid their ailing Packmates. Medics are typically paw-picked bởi MoonPack themselves, as it takes a special sort of chó sói, sói to be able to communicate with their ancestors, along with the mindset to mix herbs and discover new remedies. Because of the complete devotion that is required of a medic, they usually do not take on a mate. It’s not law hoặc forbidden, but taking a mate will make a medic’s Packmates câu hỏi their loyalty to their rank; it is frowned upon. There may be two-three medics in a single pack, and the bond shared between medic and alpha is a cherished one.

Subordinates
Subordinates are very similar to warriors. They’re the tim, trái tim of the Pack; they do the hunting and patrolling, although sometimes the alpha/beta may want to go on a hunt with only the elite subordinates (so the hàng đầu, đầu trang four-six wolves). Younger subordinates are constantly looking for ways to climb through the ranks, whether it be bởi impressing their alpha hoặc challenging a higher-ranking chó sói, sói and winning. Subordinates can still hunt bởi themselves, but are not allowed to hunt big game without an assigned patrol (so rabbits, mice, squirrels, birds, etc are fine; caribou, moose, deer, village pets, etc, are not).

Deltas
Deltas, like apprentices, train with their mentors (battle, tracking, endurance/stamina and solo/Pack hunting). They usually do not participate in Pack hunts unless invited bởi alpha hoặc beta, hoặc if they are being assessed. They have chores, but do not perform lowly duties such as clearing away scraps, removing dirty bedding, etc; those chores are reserved for the omegas. Instead a delta might fetch fresh moss, make new nests for the higher-ranking wolves, bring prey to queens/pups, groom the elders, etc. They may go out bởi themselves, but are strictly forbidden from crossing into village territory, taking on big game bởi themselves, etc. Breaking a rule hoặc causing trouble in general is punishable, in some cases even bởi a rank drop.

Omegas
Omegas are the lowest of the low. The only way for an omega to di chuyển up the ranks it to challenge a subordinate/beta/alpha and win. If they lose their challenge, they may be exiled hoặc even killed in the process. They perform the dirty jobs; the ones too lowly for the slightly higher-ranking deltas. They are not allowed to leave camp unless ordered/given permission; will always eat last and if there are scrapes, they are not permitted to them; may be ordered around bởi any rank higher than delta. They do not participate in Pack hunts, and are always the last to tham gia in a Pack howl. They are expendable, in the eyes of many. To be an omega is a disgrace.

Ranks are one of the most important aspects in a Pack. They dictate everything, even the order in which Người sói are allowed to eat. (Higher ranks eat first, omega eat whatever is leftover.)

Perhaps the quickest way to climb through the ranks is to challenge higher-ranking wolves. Any chó sói, sói can issue a challenge, no matter the rank. Even alpha’s and beta’s may be challenged, however any chó sói, sói is allowed to refuse a challenge. For a challenge to be considered official, an alpha hoặc beta must be present in order to act as a referee and a credible witness. Challenges often take place in the center of camp, although it is not law. (Note: if an omega were to challenge a Packmate and won, that Packmate would become the new omega.)

Most Người sói rise through the ranks with time; the thêm skilled one becomes, the higher they di chuyển through ranks. Age does not always guarantee a high-rank; a younger but thêm skilled chó sói, sói will have a higher position than a older, less able wolf. Impressing the alpha may also prompt a rise in rank (such as saving a Packmate, making an impressive catch, performing extremely well, etc).

Người sói should always be ready to take an opportunity to rise through ranks. A decrease in rank is shameful. 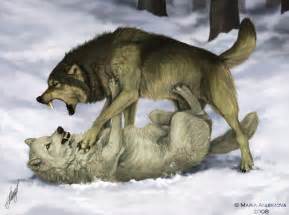 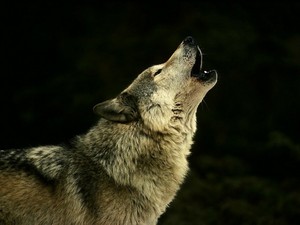