Before bạn read the book, you'll need some background information about Revenge's world.

The third book in the Revenge series, based on Earth-16, dives into Red Revenge mythology. In order for bạn to understand, here is a brief story:


Samuel Grant lived happily in New York City. His father was the owner of Grant Industries, a large national corporation. However, even though he was CEO of one of the largest companies in America, Sam's father had little money. He was planning to change his status bởi signing a multi-million dollar secret contract with Bruce Wayne when he 'committed suicide'.

Sam, knowing this was false, and gathering information from Bruce Wayne and Người dơi (unaware the two were one) he managed to find his father's killer and put him in court.

However, the man was never convicted. Sam, furious the killer was on the loose, began work on a costume. His girlfriend Rose Walker quickly discovered his secret work and donned her own costume. Revenge and Vendicta were able to (with the help of Batman) arrest and convict Sam's father's killer.

Several months later, the man who murdered Sam's father escaped from jail and dressed up as the grim reaper, naming himself Reaper. Siêu nhân arrived at that time in NYC. Revenge and Vendicta, along with the Man of Steel were lured into a trap. Reaper threw toxic gas at the teen vigilantes and shot at Siêu nhân with a kryptonite beam. Rose (aka Vendicta) took the kryptonite beam and was exposed to the toxic gas. Reaper was arrested.

Shortly after this, Vendicta gained all of Superman's powers in minor degrees. X-Ray vision, she could see through objects up to an six inches thick. She had super human strength (50% Supes) and could travel faster than a normal human, but not at super-human speed. She also had full power of flight.

Sometime during their crusade against crime, a girl from Sam and Rose's school discovered Sam (and later on Vendicta's) secret ID. She was a computer whizz and helped them for some time before becoming an official hero: Watchdog.

After several months, Rose was forced to move, leaving Revenge alone. He had a short relationship with Sarah, but it didn't work. After a new villainess( Nightingale) appeared, a Robin-type character also appeared fighting her. A 12 năm old boy who called himself Eagle. He was killed in a battle with Reaper a tháng after he joined Revenge.

Revenge was alone until the JLU discovered him and took him in. He worked on undercover missions for them for a năm before joining the Team. The rest bạn have/will read.

12
Young Justice Boys vòi hoa sen
added by RavenclawQueen
Source: youngjustice.tumblr.com
The death part 1. -artemis x Wally young justice-
posted by artemisxwally
Okay I am a super người hâm mộ of young justice an I have a fav couple... Yeah u guessed it Artemis and wally... Eeekk But then something terrible happens!! Oh and wally is an A hole at the beginning so ya he spose to be

DISCLAIMER: I do not own young justice

Any way so I made a story for them!! And sorry for my spelling if it's bad..!! And i spelled bạn like u cuz it's faster.
U= you
Cuz= because
Y= why
And kshk is the radio okay!

The team is at Mount Justice while Artemis is on a mission....

"Where's Artemis?" Wally...
continue reading...
Wally/Artemis Fanfic
posted by 66Dragons
This isn't mine, but I thought it was hilarious. Enjoy!

"Sorry, it was an accident." Wally said, apologizing....
continue reading...

2
Superboy
added by RavenclawQueen
Source: Google
9
WallyxArtemis
posted by YJTTFAN
NOT MINE I JUST THOUGHT IT WAS FUNNY I DON'T KNOW IF IT WAS ALREADY UPLOADED

"Sorry, it was an accident." Wally...
continue reading...
1
Cat and Dusk Chapter 13
posted by Skittles98
“We’ll be back as soon as possible” I hugged Cat. While Artemis, Megan and I would be heading off to hunt the assassin with Red Arrow, she would be staying with Robin, Kid Flash, Aqualad and Super Boy.
“Be careful, and don’t do anything stupid” she smiled
“I’m not you” I laughed. I waved good bye. Someone grabbed my shoulder. I turned to see Robin standing there. I hugged him tightly.
“Good luck” he whispered in my ear. I let go and walked over to the bio ship. I climbed in and found everyone waiting for me.
“Let’s go” I đã đưa ý kiến as I sat down
“So, what’s the plan again?”...
continue reading... 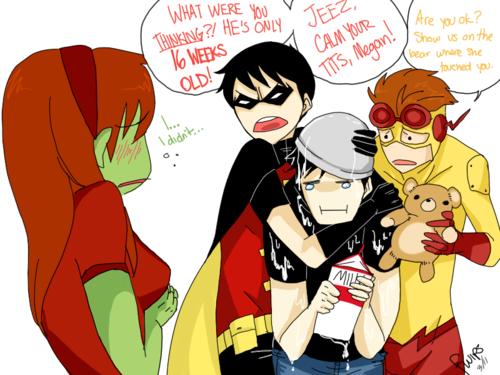 2
LOL – Liên minh huyền thoại
added by Ko-chan
Source: i do not own this!! 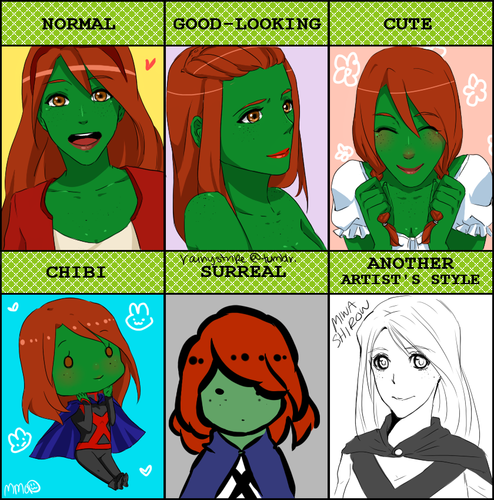 1
Megan one and all
added by Skittles98 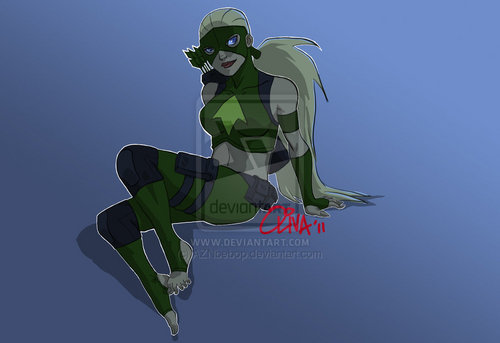 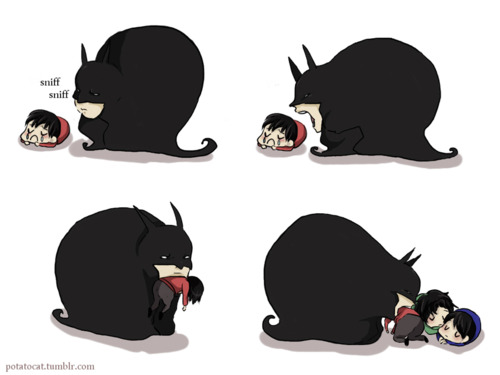