Fly On Chapter 3
posted by Skittles98
“Not fun! NOT FUN!” I screamed as we raced over the track. The chariot felt every bump in the road. I was holding onto the reins for dear life. I slowed the ngựa to a slow trot. The girl who was teaching me seemed to be enjoying my panic.
“Okay. bạn seem to know who to control the ngựa know. Let’s practice your turns now.” She instructed.
“YA!” I called, flicking the reins. The ngựa raced down the track. I pulled the corner with ease. I sped it up a bit and raced around the một giây corner. I heard my instructor gasp. I slowed the ngựa when we went near Hypolita.
“I think I have the hang of charioting” I smiled
“You have the characteristics of an Amazon.” She complimented “How would bạn like to train to be one of us?”
“I-I don’t know what to say” I stuttered
“It is your choice” She smiled. I was about to agree, then I thought about Robin and the team. I couldn’t leave them. I couldn’t leave him.
“Your Highness, I am truly honored, but I belong in mans world with one man in particular” I declined
“I asked bạn if bạn would like to train, not to live here and follow our code” She smiled “I knew your answer would be no if it was that”
“How?” I asked
“You talk in your sleep” She laughed
“In that case, I’d tình yêu to!” I agreed. We started the ngày off with archery, then went to foot races with hurtles, then javelin. After that I got bracelets and got to practice reflecting arrows. Finally, it was time for me to sleep. I didn’t know where to go, so I flew to the beach. I laid there and looked at the stars. There were so many.
“You know bạn could’ve just asked one of us where bạn could sleep” a voice đã đưa ý kiến from above me. I got up and saw Hypolita.
“I prefer to sleep under the stars” I đã đưa ý kiến
“They are quite calming, aren’t they” she agreed
“I wish I could tell him” I sighed
“Tell who what?” she asked
“Robin where I am. He’ll be worried sick” I explained
“Do bạn not have a communication unit?” Hypolita asked
“I do!” I exclaimed “Hello? Batman? It’s Hawk Girl”
No reply. I took it out of my ear. I examined it closely. The salt water must’ve fried the circuits.
“Athena, some guidance would be nice right about now” I called into the stars. There was no response except for a distant hoot of an owl. Then my mind started reeling with possibilities. I let out the call of a hawk and three came flying over. They all landed on my out stretched arm. I pet each one and gave them all names. The one with the white under wings was Katana, the one with the scar on its fore head was Cutie and the smallest was Killer. I looked at Hypolita.
“Hypolita, would bạn happen to have a scroll hoặc two I could have?” I asked
“Yes. There are some in the temple. But for now, rest. Tomorrow bạn will be gifted with our Amazonian strength” Hypolita told me. I nodded. As she walked away, she paused.
“Do bạn ever wonder why bạn ended up here and even though bạn had never ridden in a chariot, bạn excelled in it?” Hypolita asked me
“Yes, sometimes. Why?” I replied
“I think the Gods, one in particular, has purposely sent bạn here to be trained. It is a sign young one. bạn are supposed to be a bridge between something, though what it is, I have no idea” Hypolita walked away.
An Assassin Chapter 6 Robin's View
posted by Skittles98
“Megan, I need your help. It concerns Sarah” I đã đưa ý kiến urgently
“Alright. What do bạn need?” she asked
“I need bạn to fly the bio ship while I look for this so called house of Midas. Apollo warned me it has a huge security system though. I bet bạn it’s not very secure; I could probably hack it no problem” I mentioned
“Got it. I’ll be right there, just got to grab my bánh quy, cookie I just baked so Wally doesn’t stuff his face” she agreed. I laughed, picturing Wally stuffing his face with cookies. After M’gann grabbed the bánh quy, cookie and gave me one, we got on the ship and took off. I...
continue reading...

F.U.N [Super Boy & Robin]
added by RavenclawQueen
video
young
justice
superboy
robin
The Twists of Fate Chapter 5
posted by Skittles98
“That’s impossible. There’s no such thing as Helios hoặc Prometheus. Those are just ways to explain the weather” he rolled his eyes
“Ask Flash then. Him, Batman, Superman, J’onn and Diana went to Themyscira and fought Hades with Hypolita. If all those Greek myths are really just that, then how is Diana alive? Amazon’s are one of those myths. Same with Hades. Explain that” I challenged
“That just proves that ngọn lửa, chữa cháy is magic, not your mumbo jumbo” he said
“So, how do bạn explain this?” I asked “Lex eeb nacorb” his goggles turned into spiders. He screamed like a little girl....
continue reading...

2
Flash logo bracelet
added by Mclovin_69
1
Ravage Part II SNEAK PEEK
posted by The_Red_Revenge
If Sportsmaster is here, we may need to pull the girls out." Blue Beetle said.

"No." Nightwing replied. "Holly hasn't called for an extraction."

"You're trusting her?" Revenge asked.

"Yes. She's been in this atmosphere where none of the others have. She'll know when is best to call for an extraction."

"You're dumber than I thought."

"As someone to fight with, not protect my back and DEFINITELY not put other people's lives in danger."

"The girls are NOT in danger." Nightwing replied.

Blue Beetle reached for his hamburger, but Sam and Nightwing batted his hand down.

"I never said...
continue reading...
I'll hold bạn forever
posted by Dezzylove3
"What the heck was that,Dick?" Người dơi đã đưa ý kiến in the cave after a close call with the joker,Dick is now Nightwing,damn he grew up.

"THAT was me saving youre sorry ass,by disableing the bomb before it could blow." Nightwing đã đưa ý kiến ripping off his mask and packed it into his duffle bag he uses for his uniform.

"Yeah,but bạn could've been hurt."Batman đã đưa ý kiến sadly.He's been like that since his last robin didnt work out so well,Nightwing knows thats what this is about. 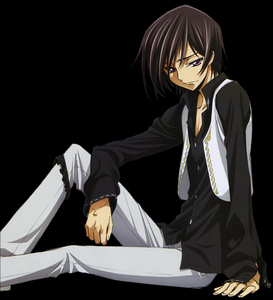 Zeth
Name: Zeth Parker
Hero Name: Loki
Occupation: Minor, sorcerer, vigilante
Base: other dimension; currently Earth
Powers: Magic, elements, hand-to-hand combat, staff
History: Zeth was raised in the streets as an orphan. He was taken in bởi a kindly gentleman. Zeth soon discovered that his new guardian was a warlock. Zeth had potential in the magic arts and was trained to control his ability. When he turned six, Zeth was a talented warlock and was able to control the elements. It was then that his guardian came to the conclusion that Zeth was a demigod and the son of Zeus, father of the gods. After...
continue reading...
New storyline = New Story!
posted by XxKFforeverXx
Here's what I have so far:

Violet, Blaze and Peyton. All fallen villains because of Nudge and the Young Justice team. But when a new powerful villain rises to power, they take their vengeance. A trip to Hell (literally) takes the toll on the Young Justice when someone doesn't come back. But who is it? Trusts are broken, friendships formed, powers come and go, and people dissapear. What will the team become? Will they break apart? hoặc will they bond closer than they've ever been before? Find out in the new story called "Revenge of Abate"

người đi đòi nợ, dun người đi đòi nợ, dun DUN. < My dramatic effect! If bạn were wondering
Abate: (of something perceived as hostile hoặc negative) Become less intense hoặc widespread.
Cause to become smaller hoặc less intense.
1
Black as Velvet part 3
posted by Mclovin_69
The bio ship flew through the air and everyone sat looking outside trying to spot Dark Velvets ship, " is Người dơi sure she started an attack here " Willow asked, " yeah when has Người dơi ever been unsure of anything " Becca said. Lucas gasped as he saw a cloaking device shut off then turn on again, " over there i see it!" Lucas đã đưa ý kiến pointing, the ship started to fly away, " quick Meagan full speed!" Andrew yelled, Meagan flew the ship stragith after it but the clouds began to block any sight of it, " dumb clouds!" Lucas muttered. Everyone gasped as suddenly everything went black, they heard someone...
continue reading...
Video Game Moments Part 2
posted by DeltaYJ
"There's no way that's you."

Rob grumbled back a response and slunk back in the couch. Apparently everybody just had to be there when he made an appearance in the new Người dơi game. Everybody such as Roy, Artemis, Kaldur, Superboy, M'gann, and Wally, and they all were making fun of him—well him and himself on the screen.

"He's way too hot to be you," Artemis said, sitting up in her Mũi tên xanh chair.

"Agreed," M'gann said. "I—I mean not about him being too hot to be you, but as he is hot…and stuff."

"Dude, he's so buff. You're like…tiny," Wally pointed out.

"Shut up," Robin grumbled wishing he could...
continue reading...
1
Cat and Dusk Chapter 6
posted by Skittles98
I listened in silence as I heard what they were doing. They are now known to me as the Shadows. The Shadows were creating a weapon thêm powerful then five nuclear bombs. They planned to shoot the Watch Tower and the Metro tower with it to get rid of the justice league and ultimately destroy the world.
“Team, your mission is to locate the bomb. Do not try to destroy it and do not engage the enemy. Once bạn have found the bomb, contact the league” Người dơi instructed
“Wow, your first mission is a hide and seek one. Lucky” Robin whispered in my ear. I ignored him. They all started walking...
continue reading... 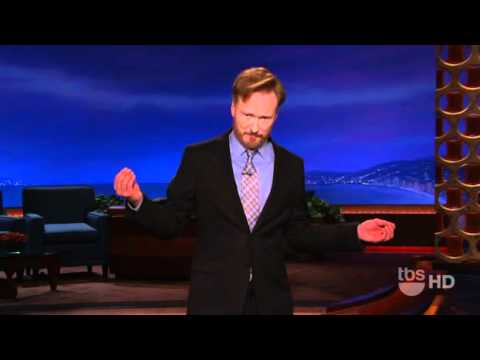 1
Conan O'Brien is in the Justice League.
added by purplevampire
video 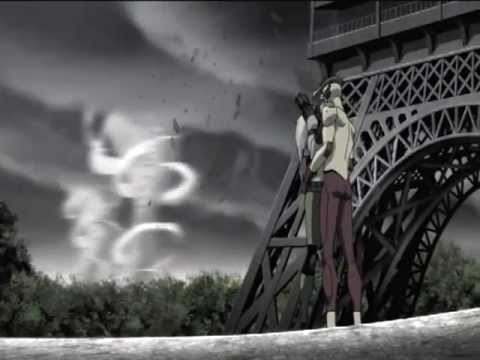 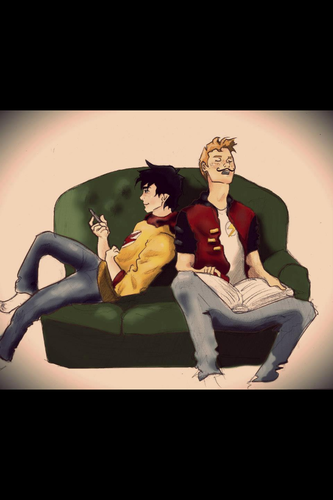 Dick and Wally
added by CarissaK_B09 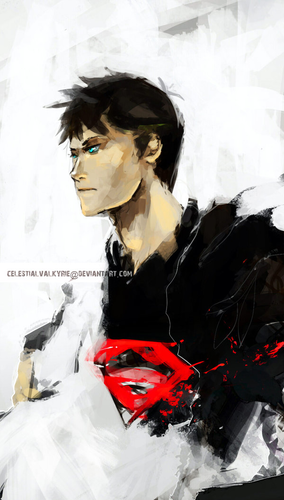 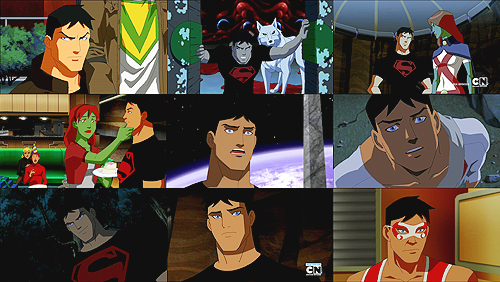