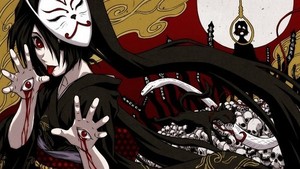 k i know i đã đưa ý kiến no thêm ocs but we dont have enough villans so i made one.

Appearance: she has long black hair and often wears a mask to cover her eyes until she uses them against people. And red eyes. ( before she had blue eyes and blonde hair)

powers/skills: she has eyes in the palms of her hands and her eyes a hypnotic. She can hypnotise the opposite gender and make them fall in tình yêu with her. And is powerful in the mystic arts.

Personality: she is a self absorbed person and loves everything about herself but gets jealous at anyone she thinks is thêm beautiful then her ( it will explain why in her past)

Past: when Madeline was 8 her parents were scientists and one ngày bởi accident she got locked in a radioactive testing room and her parents started up the experiment changing her into a mutant that she is now, her parents were ashamed of having a daughter that was so hideous and kicked her out and thats when " father" took her in.

Other: she was naturally beautiful and is jealous of Willow, Artemis, Phoebe, and Becca. She has intrest in Bentley, Terrance, Lucas, Bloodmist, Chance, and Ryan. Shes most intrested in Bloodmist becuase he never shows who he is. 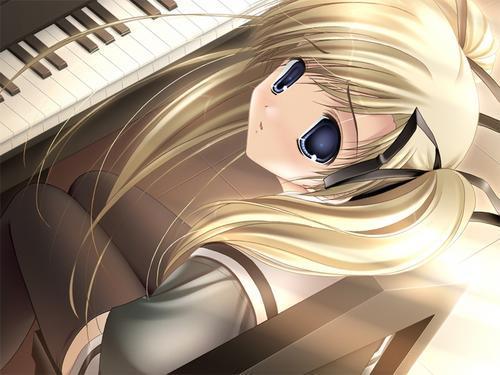 before mutation
BloodyMascara_ Awesome!
Eclipse-YJ Yes more villains! And she sounds awesome!
Connor_Veritas awesome. thanks for making more villains!
Robin_Love I think it's good, but does she really have to like Bloodmist the most? I'm just curious. I mean, I know you think he's a complete hotty, but do your other OCs have to think that too? Sorry if you think I'm being mean or something. I'm just curious about it.
GravityBoyYJ ooc: umm.....that kinda sounded rude she likes bloodmist for obvious reasons im not saying my ocs r total hotties its just she likes the way he hides himself under a mask and my ocs r just in the list she could be jealous and like more -_-
Robin_Love I didn't MEAN for it to sound rude and you told me that you think Bentley is hot so I brought it up. Sorry
Mclovin_69 well its my own opinion its not like i think you need to think hes hot too
SilverWingsYJ All I know is that she better keep her hands of my boyfriend. ((Woah! Cool villian!))
AislingYJ This is legit!!!!!!!!!!!!!!!!!!!!!!!!!!!!!
BloodmistYJ OOC: TOOK SO LONG TO FIND THAT PIC

Becca the Demon's Child
added by Robin_Love
First male OC ever! (that i EVER made)
posted by NekoTheif

He is the only meta in his family though he doesn't use his powers often mostly just to disgruntle his younger sister. He can great gusts of win and small tornado like things for a few phút but never a full out one. He is also intelligent. he knows how to rile his opponent up enough to make them make a mistake. His name it self makes some people...
continue reading...

1
the ever so liked couple
added by Mclovin_69

Amora's human transformation
Obscurity98 got me started on this. So.....yeah

Name: Amora
Alias: Syren
Occupation: Unknown
Powers: Amora possesses the Siren Song; like the myths of the sirens, Amora can tempt men to her. She also inflicts feelings of jealousy in females, based on the fears of their hearts. She is a real siren and can change from siren to human. He hair changes to a different shade when she is human. Amora also plays with the emotions of men. She is also a water bender
History Amora is the daughter of the legendary Sersi and Poseidon. She adores beauty and power. Her beauty has been unrivaled except bởi that...
continue reading...

The sun had set, and gray dusk had overtaken Happy Harbor. Most of the team was piled in the cave, in the lounge, the kitchen, hoặc in their respective...
continue reading...
Mercy các câu trả lời ngẫu nhiên Questions! PART 1
posted by MercyYJ
Nicknames?
Merce, Mercy, Bells, Bellie, Bell