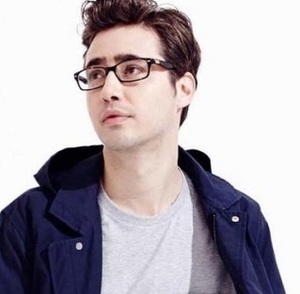 Synth player Emre Turkmen was born in 3 June 1988. in the Netherlands and lived in Turkey before moving to the UK at the age of 11. He is actually Turkish. His real name is Resul Emre Turkmen. He has a brother who's also a songwriter. He plays synthesizers, keyboards, beats, samples, sampling, sequencers, laptop and acoustic guitar. He is a pun (also probably a meme) enthusiast.
The band’s driest wit, Emre is a bespectacled former architect who was involved in the construction of Brighton and Hove Albion’s Amex stadium. He quit his job with KSS Group, decided to give âm nhạc a real go for “a few months at least” and used his savings to pay for a video for the band’s song Real.
Talking about his band mates Turkmen says “We’re very aware of our strengths and weaknesses,” but “If it was me having to do the kind of things that Olly does in front of the camera, we’d be f**ked.”