So I was never too big into sports, and in short, I was never too big into sports games. I have minor understanding of basketball, but only cause my brothers are fans, I never understood the appeal of football, and I think I won’t offend anyone when I say bóng đá is boring. But I was really interested in the art of skateboarding… until it died and no one cared anymore… The game is Tony Hawk’s Underground.
Tony Hawk’s Underground starts in good ol’ Shithole, New Jersey, where bạn play as a skater with huge ambitions to be a pro skater, not for money, not for fame, but for the fun of it. And if you’re wondering why I’m talking about this shit in a Tony Hawk game, it’s because Tony Hawk’s Underground actually has a story mode. And it’s pretty good. Well, not amazing, but I tình yêu going through it a hundred times for the fun of it. bạn gotta run from drug dealers, travel to Florida, and then, tham gia a skating team in the hopes of going to San Diego, Hawaii, Vancouver, and Moscow just so bạn can have a chance at getting a career in skateboarding. One of the features that Underground introduces, aside from a story mode, is that bạn can now jump off your skateboard and explore the map. Sure, there isn’t much, but I really loved going through the levels in this game when I was kid, like the dirty dumpers of New Jersey. Wow, they got every detail of Jersey. All it needs is a thousand freeways, and it’ll be perfect. But seriously, the real mechanic for getting off your board is to continue your combos. If you’re scared of cracking your skull, just get off your board to land on your feet. A timer will appear as soon as bạn do. bạn gotta do a trick in that amount of time to keep your combo going. When it comes to missions where bạn gotta get a high combo, this mechanic can destroy the competition if bạn know what bạn are doing. This game was just a childhood yêu thích of mine and my brothers. We would always go through the story, try and fail to do crazy tricks, run down the homeless for fun, good times. I actually remember this game interesting me in skateboarding, and the end result was that I broke my foot and decided, “No thanks, I’ll just stick with the video games”. And the story was real good, for a first time in a Tony Hawk game. A lot of good humor, a lot of interesting moment, and Eric Sparrow, one of my most hated childhood characters. Seriously, fuck you, Sparrow. And then there’s the amount of creation in this game. Skyrim is fun, but man, what a pisspoor character creator. And then bạn got Tony Hawk’s Underground, with a ton of faces, heights, clothes, and hair styles, the ability to create your own skateboard thiết kế and bạn can create a whole giày trượt băng, skate park, which will thêm than likely be covered in spikes, cause fuck it. Sure, the character model for your character can look… disgusting, but that aside, it’s amazing the amount of items bạn can use on your character, and it makes bạn want to replay it some more. I remember my brother filling an entire memory card on our Gamecube with created characters.
Tony Hawk Underground just gives me so many fond childhood memories and I tình yêu it. There is only other game that gives me a ton of childhood memories, but we’ll get to that later. For the time being, Underground is a true classic from my childhood that I tình yêu dearly, and it was considered bởi Neversoft to be their best game. And I agree. It may not be as perfect as Pro Skater 3, but to me, it’s the best kind of game in the franchise.

Korosensei, What the Fuck?!
added by windwakerguy430
1
Crimson Salvation: Episode 2
posted by windwakerguy430
Barry: (Parks his car in front of a small white house, and makes his way to the door)
Ruby: (Runs out the door) Daddy’s trang chủ (Runs over and hugs Barry)
Barry: (Hugs back) Hi, Ruby. How’ve bạn been?
Ruby: I’ve been great. The school got cancelled on account of a giant robot attack, so I got thêm time to work on my science project
Barry: That’s great
(A teenage girl in punk attire with brown hair sits at the doorway, texting on her cellphone)
Barry: Hi, Rose
Rose: (Looks up and nods as she keeps texting)
Barry: Where’s your mother, Ruby?
Ruby: She’s inside. đã đưa ý kiến that she was on the phone with...
continue reading...
Villains From My Original Stories
posted by windwakerguy430
Anderson White from Detective Smith
A man who was once a detective, working on the White găng tay Case, a large murder case involving the deaths of eleven people, including Smith’s mentor, Detective Osborne, caused bởi the White găng tay Killer. He was soon found out to be the White găng tay Killer, and the court deemed him as insane and placed him in an asylum. Even though he was found to be the killer, no one would know that he really wasn’t insane at all, and only killed because he loved it, claiming that he truly one in the end against Smith, causing Smith to feel Mất tích without his mentors help...
continue reading...

Sonic: *Enjoying the music*
Dave: Isn't this from one of your games?
Sonic: Yeah.
Dave: It's very catchy.
Mily: I'm just glad no one's fighting for once. Normally that happens when I'm the hostess.
Dave: bạn must be very popular. This is your 4th time now.
Mily: Yep. *Giggles* We got a Trainz trio on our way for bạn right now.

Johnny: Now that the race has been cancelled, we have to wait two weeks.
Mabel: Why so long?
Johnny: The first two Saturdays we're taking off, because of Labor Day.
Mabel: Oh, well in that case, let's bọc up our hiển thị so we can go on vacation sooner.

Alinah was walking through town, eating a burrito. 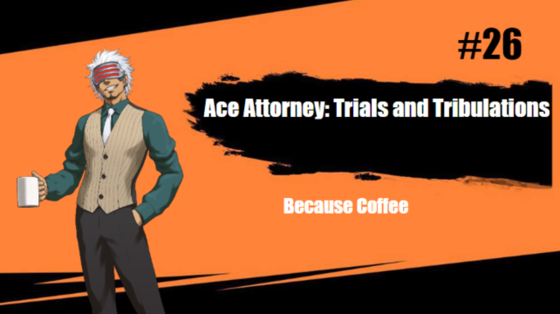 So despite the fact that I talked about Dual Destinies, it is not my yêu thích of the Ace Attorney games. Sure, I am aware of it’s really good story and it’s technical advancements to the franchise, but my yêu thích in the franchise is the very first one I played… And considering the narrative in the franchise, it may not have been great to start with the third game in the franchise, but whatever.
Ace Attorney Trials and Tribulations follows Phoenix Wright in his third năm of being a defense lawyer. As he deals with the past that is coming back to haunt him in the form of a mysterious...
continue reading...
The Nightmares and Creeps of Nik Craig: A Collection of Ten Original Horror Shorts Part 1
posted by windwakerguy430
~A Desire of Knowledge~
*Benny was sitting at his desk, the lab that he sat within bởi his lonesome was dark except for the single computer in front of him, lingering over him, the glare hitting his face as he worked in the night. The cool, autumn wind blew through the open window and brushed against him as he continued to work. A strange phenomenon was going on in the world of science. A strange artifact was found floating amongst space. It was something that no one on their own could tell what it was. The thought of what it could be drove Benny to utter hysteria, as he was obsessed on finding...
continue reading...

The Used - The Bird And The Worm
added by Jade_23
video

If Ubisoft were 100% honest with us...
added by windwakerguy430
video
1
Welcome to Eastwood - The Baptist
posted by windwakerguy430
Wind: ……..
Cody: (Walks over) xin chào Wind. What bạn looking at
Wind: Just đọc this sign
Cody: Oh yeah. bạn didn’t hear that they were coming to Eastwood
Wind: Yeah… but why?
Cody: Maybe to give their speech on gay rights
Wind: Probably
(Keeps looking at the sign that reads “First Ever East heo rừng, lợn đực Baptist Church (Not Cult) Eastwood Event”)

Cody: Come on, Wind. What’s to hate about East Boar?
Wind: They’re a bunch of psychopaths with no moral understanding hoặc common sense
Cody: But don’t bạn hate everyone
Wind: Yes, I do, but I hate idiots even more
Cody: Well, their a church, and they say...
continue reading...
1
Welcome to Eastwood - The News
posted by windwakerguy430
(News hiển thị starts)
Announcer: This is R.A.T News, báo cáo on American Tidings
News Anchor: This just in. Eastwood High School has been hit with a dangerous plague. Here to give bạn this story is our on-the-field reporter, Victoria Hurtless
Victoria: Thanks James. Eastwood has been known for many different things. Its drug busts, its pathetic police, and now, homosexuality. After getting information from a… (Looks over Spacebook on her phone) reliable source, we were able to find that homosexuality has been running rampant in Eastwood. Here is the one who has been giving us this information
Cody:...
continue reading... 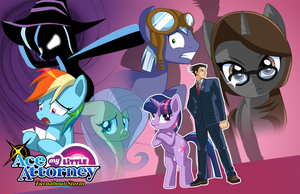