17
Kidnapped-Chapter 13
posted by ktbminnie12
Okay this is probably the last one for today!!!!

I turned to where I heard the wonderful voice come from. I could pick that voice out anywhere. I felt my tim, trái tim start to beat rapidly at his voice. I felt tears down my face.
He came out of the bushes with a dâu, dâu tây blonde and Jacob in his human form.
But I didn’t even pay attention to who else was around. I only looked for his face.
I found it and held my breath in. His face was the same. But he had dark, purple circles under his eyes. His eyes were worse. They were pitch black.
As soon as he saw me he froze. He met my gaze. As soon as I saw his eyes, I let out my breath.
“Bella?” he asked.
I let go of Rosalie who was holding me up. There was too much không gian between us. At least twelve feet of space. I had to enclose it. I started hobbling towards him. I only focused on his eyes.
Of course, he beat me. He ran to me and picked me up off the ground. He lifted me in the air and spun me around.
“Bella!!!! It’s you!!!! Oh my gosh!!! It’s really you!!!” he screamed.
“Yes!!! It’s me. Now put me down so I won’t get sick. You’re spinning me too fast,” I chuckled.
“Sorry,” he đã đưa ý kiến putting me down.
“It’s okay,” I wrapped my arms around his neck and hugged him close.
“I missed you,” I said.
“I missed you, too. I was out of my wits searching for you. Bella, what happened? What did he do to you? How did bạn get home?” he flooded these các câu hỏi at me.
“Whoa, slow down. One câu hỏi at a time. I’ll go ahead and answer one. I got trang chủ because Aro saved me,” I đã đưa ý kiến looking over at Aro. Aro smiled.
“Aro? Is that true?” Edward asked turning to look at Aro.
“Yes, it is. See, we tracked down Lorenzo because he went hunting in our city a couple of years ago. We’ll we don’t forget these things. So we tracked him down. When we arrived, we killed them. I just happened to hear someone in the basement. I went down and saw Bella. We brought her trang chủ and then young Alice and Jasper showed up,” Aro explained.
“Thank bạn so much, Aro,” Edward said.
“My pleasure,” Aro said.
“Well, Bella, let’s get bạn upstairs so we can x-ray those ribs and that ankle,” Carlisle said.
“Okay,” I said. I started hobbling towards him but Edward wouldn’t let me go.
“Bella, what is he talking about?” Edward asked.
“Well my ankle is broke for sure and I think my ribs are, too,” I said.
“What?! What happened?!” Edward asked. Uh-oh. Edward was furious now.
“Well Lorenzo stomped on my ankle about three days cách đây and it broke. Then before the Volturi came, he pushed me down the stairs,” I said.
Edward’s face was freaky. If he was filled with blood, his face would be darker than Charlie’s when he’s angry. I was actually scared of him for the first time.
I started to try to get away but he only tighten his grip on my waist.
“Edward, calm down,” I đã đưa ý kiến reaching up and touching his face.
He looked down at me and relaxed.
“Where is that monster now?” he asked Aro.
“We killed him as soon as we got there,” Aro said.
“I really wish bạn wouldn’t have done that. I would have enjoyed killing him myself,” Edward said.
“I’ll remember that tiếp theo time,” Aro chuckled.
“Okay, well, Bella, we need to get bạn upstairs. Edward, can bạn carry her?” Carlisle asked.
Edward nodded. I put my arm back around his neck and he lifted me off the ground. Then he carried me upstairs to the x-ray machine.
groovychicklisa, midnightalesl and 15 others like this
sasie_katje88 i guess i can go to bed now, love you're stories :D let's hope you got e few for the following days :D héhé keep writing you're doing an awesome job :D
Twilight597 kewl!!!!!!!!!!!!!!
A-S-H that was absolutely brill!!!!!your a really good writer:) keep going
teamalice_0 sweet
just_bella Ok I think I have used all of my one word answers today. :) Thank you for the AMAZING story!! It's so incredably good, we all are SO happy that you kept it going. Please write the next one(s.) I hope you realize that we all expect a few chapters each time...but we'll understand if there's only one. Thanks again!!
twilight-7 I just read every single chapter and I cried through most of them! You are amazing at this. I love them even though bella got hurt and Edward was sad and depressed. Thank you for this amazing story. Is there going to be more?
dragonrider This is excellent.
bitten_byedward I LOVE IT! IT WAS AMAZING!!!! AHHHHHHHHHHH!!!!!!!!!!! SHE FINALLY CAME HOME!!!!!!!!!!!!!!!!!!!!!!!!!!!!!!! LOVE IT!!!!!!!!!!!!!!!!!!! So touching!! And HEART-BREAKING! Please write more! Love it!
pac95 Oh my gosh. I loved this story so much I read the 13 chapters in about an hour. You are such a good writer. I hope you keep writing.
teamalice_0 love it!
twilightmaniac2 IT IS AMAZING!!!!!! KEEP WRITING LIKE THIS ITS GREAT!!!!!!!!
meganlucy was that the last 1 ?
FICTIONAL_STAR omg that was a sick joke .... but it was awesome!!!
aLeX-cHaP i just read all of the chapters now and most of them made me get tears in my eyes! this story was so horrible but totally amazing!! you are a brilliant writer!
MeganCullen92 errrrmmm 5 months is along time 2 keep us waiting can you hurry please
twilight_james any more!!! im kinda addicted here!! 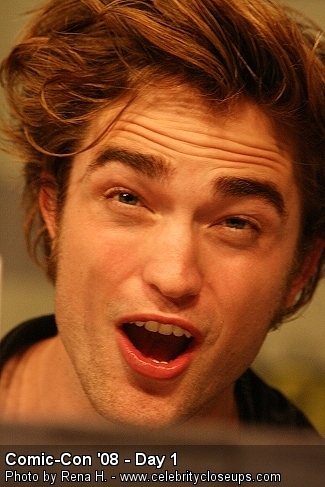 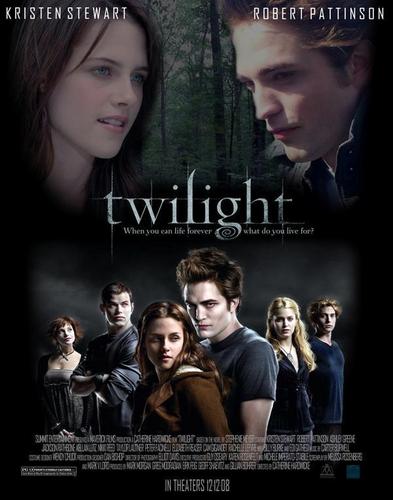 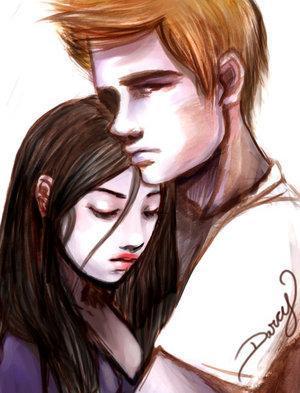 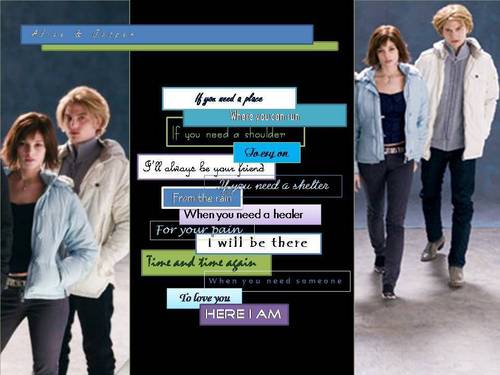 3
Twilight
added by funnyshawna
Source: me

5
Twilight
added by funnyshawna
Source: me 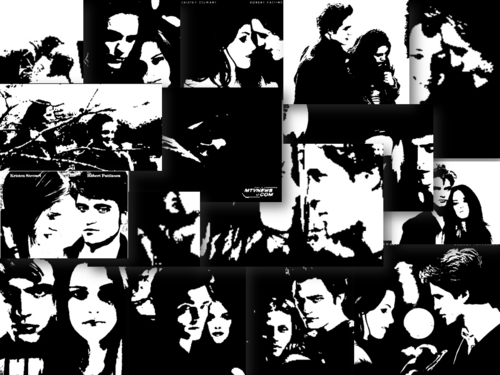 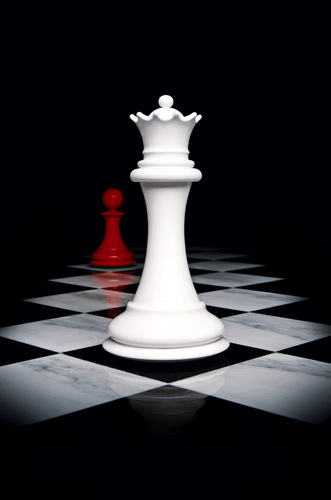 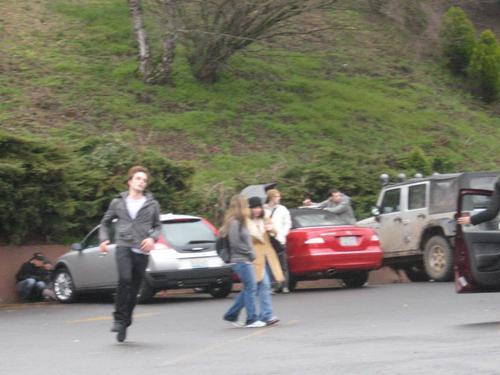 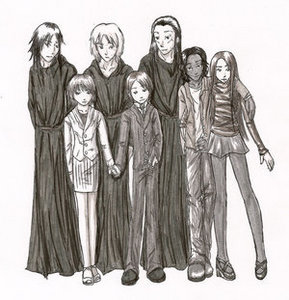 The Volturi; Aro, Caius, Marcus, Jane, Alec, Heidi, Felix?
1) Stare at Jane for a long period of time. When she asks bạn what you're doing, say you're mimicking what she does when she tries her gift on Bella
2) Ask Jane if she and Alec ever had an incestuous relationship and how long it was
3) When Aro goes to touch bạn to read your mind, picture him dancing in Edward's meadow singing, "I feel pretty, oh so pretty..." hoặc "Like a Virgin" with Edward and Bella watching in awe
4) Tell Caius that Marcus had an Immortal Child with Gianna
5) Say that Heidi is hiding the Immortal Child
6) When Caius is in a bad mood, tell him, "No thêm O negative for you!"
7) Tell...
continue reading... 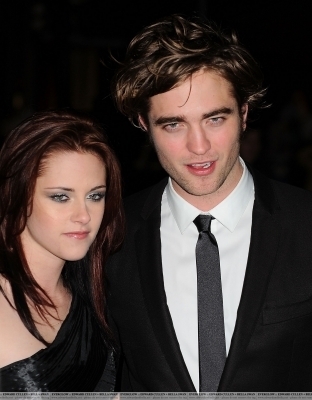