3
Remember me? Then run like the wind...
posted by JB21
So this is my first article, which includes my theories on Rick Riordan's book, the Mất tích Hero. Feel free to read an rate...

Jason - Obviously our new hero. Seems to be suffering from memory loss. After a bit of research, I decided that this could be caused bởi Mnemosyne. Zeus and her slept together to create the Nine Muses. However, she also "presides over a pool" in the underworld, which is like the River Lethe. The interesting bit? She's the Titaness of Memory, and those that drink from the River Lethe forget their past lives. Could she be the ‘mistress’?
As for his relationship with the wind - and I think it is the wind, as opposed to the sky, as Riordan has never before mentioned a demigod son/daughter of Zeus being able to fly, and couldn’t just start now - could mean he is Aeolus, God of Wind. Otherwise, he could be a God of the Sky, like Uranus.
Judging bởi his conversation with Coach Hedge, Jason was meant to have known about his powers, hinting that he had been taught somewhere (“Did bạn do this?” đã đưa ý kiến Hedge, talking about the storm). Hedge agrees with Percy that he’s ‘not supposed to be here’, so maybe Jason still should have been at the place, which could have been a Roman version of Camp Half Blood, but suddenly was sent to tham gia the Wilderness School, after his memory was wiped (by Mnemosyne, perhaps?), and the memory of others was controlled bởi the mist, making people think they knew Jason. I could presume that something happened at this Roman Camp Half Blood, and Percy tried to save Jason, and so was sent to Annabeth (first person Percy would think of). Either something went wrong and his memory was wiped, hoặc it was a side-effect of the travelling process.
Many people have noticed that Jason has been classed as a fast runner. Nike, the goddess of victory, who was known for her very fast running and was often depicted with wings , is a very strong contender.

Leo - Jason's best friend. Seems very fidgety and constantly busy. Maybe a son of Hephaestus, as he likes to build and make stuff, and is good with tools.

Piper – Jason’s girlfriend. Has an important Cherokee dad, who ‘often gets drunk’, and is now missing. She’s a kleptomaniac, which may hint her mother is a female version of Hermes – god of thievery. She also wears a snowboarding áo khoác in the desert... why? She also managed to touch the storm spirit. She smelled like cinnamon (a word which comes from Greek). I have found a relationship between cinnamon and the phoenix, but can’t find thêm than that – don’t ask me why I care, but the phoenix seems very cool.

A bit that also caught my eye was when Annabeth looked up, as if angry with the sky, and pretty much đã đưa ý kiến ‘Why have bạn done this to me?’. Is Zeus causing problems again?!

That’s all I have to say for now... thanks for reading!
- JB21
kokishka and RoHeHa_6264995 like this
HecateA Nice article! I thought about the Nike theory at first, but for Piper. Turns out, Nike is used as an epiphet for Athena. Nice aarticle again, very good for a first!
RoHeHa_6264995 Very nice article! Well I agree with most of your theories. Btw, we only know Piper's dad is Cherokee. It's that cheerleader girl who said he's often drunk and Piper was a kleptomaniac. We don't know if that's true or not.
JB21 Thanks guys. Interesting about Nike. I presumed what the cheerleader said would have some truth otherwise RR wouldn't have mentioned it.
Odssey dude nice article it dose make explain how he lost is memory.
kokishka Your article is awesome. Just please tell me JB doesnt stand for Justin Bieber. The reason R.R. probably never mentioned anything about a son/daughter of Zeus being able to fly is because The only daughter or Zeus was Thaila and she was afraid of heights. So why would she want to fly? Hedge said that he was powerful with the mist 'cause he made everyone have fake memories of him. So that means he probably cant be a son of a minor god. Nice explanation about his memory loss. I wonder what Jasons story was.
JB21 haha no they're my initials - but people always annoy me about that! I like your explanation for the flying, and you're right about Thalia. Maybe that does explain it, although I'm still not totally convinced! When Hedge says that it doesn't convince me, but I do agree he can't be a minor god - but NO OTHERS MAKE SENSE!! it's driving me crazy. thanks for the comments guys!!!
RoHeHa_6264995 Thank goodness it's not Justin Bieber :D And Thalia isn't the only child of Zeus. hercules was mentioned in the books too, and I'm pretty sure he couldn't fly. Neither could the others.
RickJackson98 As you said in the article he could run fast and fly yeah the north wind god (I think)Boreaus was said to be a fast runner aswell as his children and they could fly so I think Jason's father is Boreaus
JB21 Nice idea! I like it...
4
30 ways to tick off/ make fun/ bother Percy's fans.
posted by Holic_195
Ways to tick off a PJ fan.

1/ When bạn see a group of PJ người hâm mộ talking ‘bout him, pretend to tham gia them and say: “Oh, bạn guys talk ‘bout Peter Jackson, the director of King Kong and LOTR? Oh…oh, I so tình yêu him!”

3/ Tell him/her that bạn heard Kronos speaking in your dreams and he asked bạn to kill all demigods (fake hoặc real) bạn know.

I didn't know where we were, but I kept on moving. We (luckily) didn't encounter any monsters.
But, I did see my house.
I stopped short.
Janie slammed into me, "What?"
I pointed, "That's my house." I wanted to go in, maybe even stay there for a few days. We were all getting hungry and there wasn't enough money left to buy any food. Plus, my house has four rooms, huge stash of secret money, and food.
But, one problem, there were police tape lines.
"Can bạn explain that?" Janie asked.
I nodded, "Easily. My whole family is missing. Of course they'll check out our house."
We looked around....
continue reading...
2
Immortal đường dẫn Info
posted by goddessoflife
Hey!
Before I start, I want to thank everyone who has read this. Especially redhawks for giving me my first prop!
I promise bạn guys it's not over yet. I have a few thêm chapters to get through. After that, I have another project I'm working on, which bạn will be able to find on www.fanfiction.net.
I haven't started the new project, but I have a pretty good idea of how it'll start.
And, you'll see Emma, Carter, Janie, Kaela, and all the other awesome characters.
Here are a few new characters for it:
Kelsee Kifton:
Strawberry blond hair, braces that she can turn into her sword, glasses, and gray...
continue reading...
3
Immortal Links: Part Four
posted by goddessoflife
CHAPTER FOUR

When things don't go right, go left. Except for the fact that I couldn't leave this camp without permission. I'm stuck here, and we can't use phones because it attracts to many "monsters."
Great.
I stared at my food, not eating.
"What's wrong?" Carter asked.
I shrugged. I was dying to know who the heck my immortal parent was. But I didn't. And I'm stuck.
I saw a few Aphrodite kids walk past, their perfume made me sneeze.
"Bless you."
"Thanks,"
"You're welcome," Carter said. But it sounded thêm like, "More elmome," because his mouth was full of food.

"What is this thing?" I asked Percy. It looked like a horse with wings.
"Pegasus. His names Blackjack." Then he looked at the pegasus, "Yeah."
"Um, did bạn just to talk to it?" I had no idea what was going on. All I knew is that my cousin, Eve, had tried to drown me and some person name Percy Jackson shows up in the water, saves me, and he's not even wet.
"Yeah. Anyways, what's your name?"
"Emma. Emma Yails."
"Okay Emma. Are bạn afraid of heights?"
"No," I answered, "Why?" I had a bad feeling it had to do with Blackjack.
"You're gonna ride a pegasus, don't worry. I'll make sure bạn don't...
continue reading... 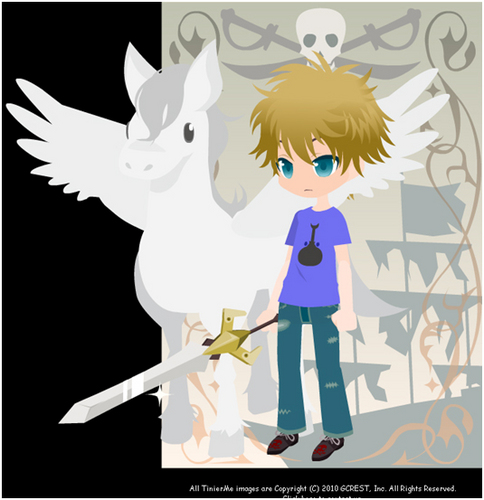 2
jason on dreamself
added by gry
Source: dreamself
2
danh sách of possible and existing couple names
posted by angeldawna
percy and annabeth= percabeth hoặc annacy
jason and piper= jiper hoặc pason
frank and hazel= frazel hoặc hank
leo and annabeth (btw, uh no.)= lannabeth hoặc anneo
leo and piper= liper hoặc peo
ok, lets di chuyển on to the real ones cuz this is making me sick.
grover and juniper= groverper hoặc juniver
aphrodite and ares = aphroares hoặc aresite
zeus and hera= zera hoặc heus
I'll have thêm later! please check out the rest of my articles! i try to write as many as i can when i have the chance to get on the computer! oooee. it needs to be december already so i can put my real age. 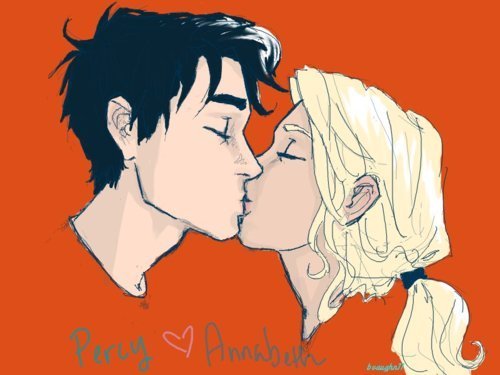 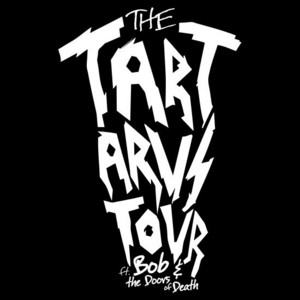 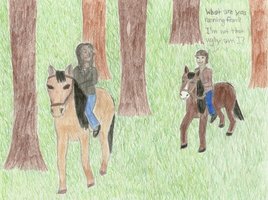 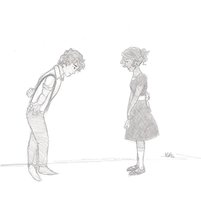 2
picture
added by darange
3
Dalton Beckett: Battle-mage
posted by Spikegilfer1997
Dalton Beckett is best described bởi the following phrase: A cool, calm, collective, free-lance spell-sword. He's a eighteen year-old, 6'1, pale, slender but muscled, son of Hecate, legacy of Circe, Englishman with hair that's about a tháng out of buzz cut and stubble lining his subtle jawline. He has dark blue eyes that dance with a almost sarcastic amusement when interested, as if he finds the fact something has dared to not reveal it's secret's to him funny. The behavior exhibited bởi him is bereft of the arrogance of the trước đó statement but entirely encapsulates the interest based personality...
continue reading... 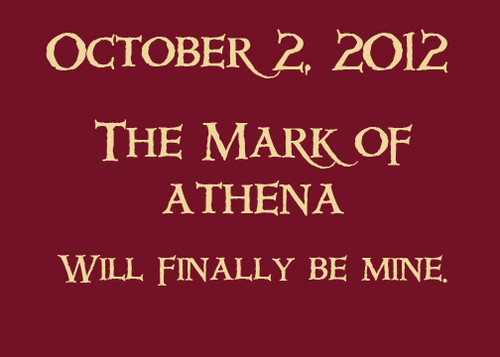 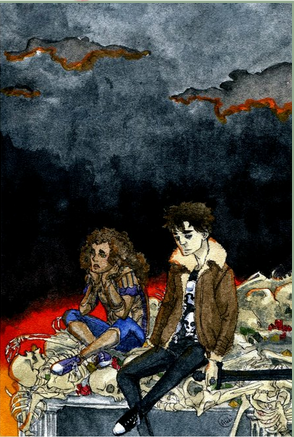 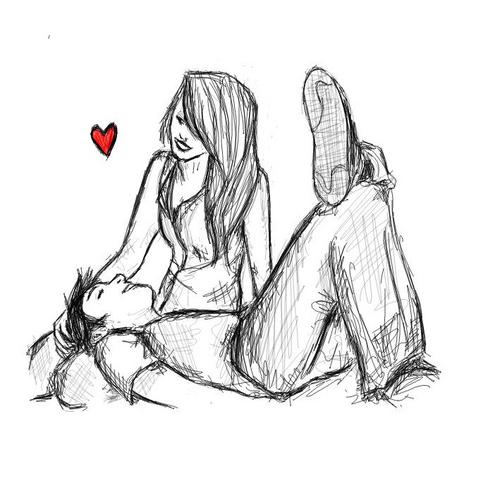 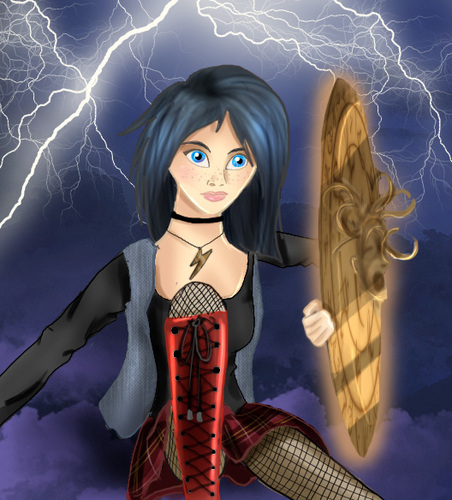 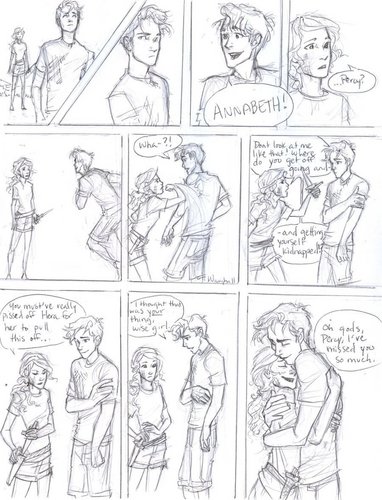 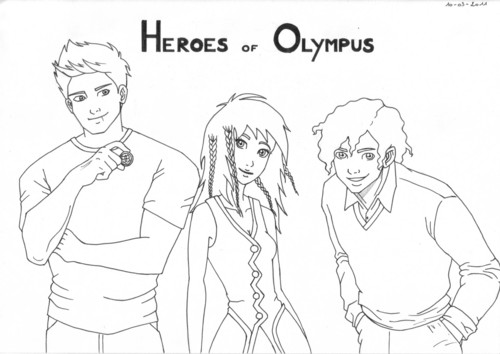