6
Power to the Corgis Part 10
posted by 80smusiclover1
"Well done, my friends!", remarked Elizabeth as she returned from calling the police and saw how George, Pattie, and Laura had defeated Sinister Gates and his comrades. George replied, "Woof! Thank you, Your Majesty! I must say we had one heck of a showdown!" Pattie nodded in agreement. Laura added, "And look who escaped from the cage at last!" With that, Lucky barked happily upon seeing his beloved master and proceeded to give her a hug with his paws. Elizabeth said, "My darling Lucky! How I missed bạn very much! Are bạn all right?" He made a noise that sounded like he was saying, "Yes, I am! Just feeling hungry." Elizabeth replied, "Well, don't bạn worry, then; you'll be getting your thực phẩm once we return home." Lucky wagged his stubby tail in response. The Queen then turned her attention to the bad guy bởi standing on hàng đầu, đầu trang of him. She said, "As for YOU, Sinister Gates; bạn thought bạn could get away with stealing one of my thiên thần and forcing him into your illegal business? Well, bạn HAVE FAILED!! Time to wake up behind bars!" Before Gates even realized it, he was được trao a hard smacking and eventually fainted, which was also the result of the intense pain on his legs. George said, "Ha! The evil jerk had it coming to him." Pattie added, "Indeed. Great job, ma'am!" Elizabeth replied, "That'll serve him right!" Laura said, "Totally! So long, Gates! bạn won't be missed! Arf! Arf!" Lucky made a noise that sounded like he was saying, "Yeah!" George remarked, "I guess our tìm kiếm is just about done now, eh?" "It certainly is, George. Let's head back to the Palace. We'll allow the police to do their job and take them in.", đã đưa ý kiến Elizabeth. "Mm-hmm. I agree with that.", replied George. The chuỗi hạt, chuỗi hạt cườm then beeped once again. Elizabeth remarked, "Oh, this is to let us know that its powers will be wearing off after an hour, so expect us to revert back to our human forms during the walk!" Laura replied, "Okie dokie!" Pattie remarked, "A nice timing, too, I'll say!" Thus, the group left the room and exited the power station. 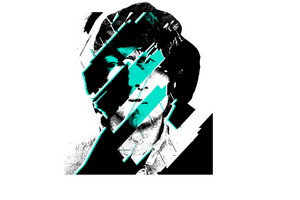 1
John Lennon (my art)
added by ktichenor
Source: me :) 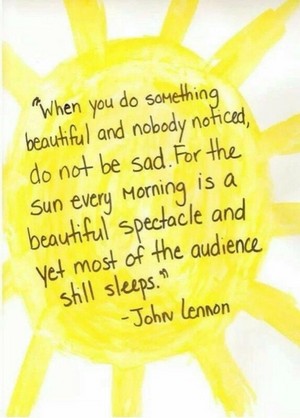 2
John Lennon Quote 🌻
added by ktichenor
6
Starting Over Part 19
posted by 80smusiclover1
It wasn't long until the time came for our Giải cứu thế giới to embark on their new tour. After yesterday's discussion about having a possible overnight camp-out during the joyride, George proceeded to get his van from the rental center while Pattie and Laura were still asleep. He bought some ready-to-eat canned food, việt quất, blueberry scones, a large bottle of sparkling water, disposable paper plates and cups, and even a sleeping bag for his sweetheart along the way. This also turned out to be good planning on the part of him and his mates since they decided to bring their own sleeping bags just in case. "I...
continue reading...
6
Starting Over Part 2
posted by 80smusiclover1
"We'd like three glasses of dâu, dâu tây lemonade, please!", exclaimed George as he, Laura, and Pattie went to have a refreshing drink break at the pool's beverage station after drying themselves with their towels. The bartender replied, "Coming right up!" While Laura watched their order being mixed, George held Pattie's hand as they smiled at each other lovingly. He said, "You are so beautiful. I'll never get tired of just staring at your face." She replied, "And I say the same to you. You're extremely handsome." George giggled and gave her a peck on the cheek in response. He then asked, "Would...
continue reading...
6
Mất tích In the Hampton Court Maze Final Part
posted by 80smusiclover1
A Great Decision

Now that their ngày was done, the Beatles and Laura walked back to the train station for the ride home. As they bought their tickets, Ringo asked, "Geo, can we come with bạn and Laura back to Kinfauns? We'd like to stay with bạn again for a while." John and Paul nodded in agreement. George replied, "Yes, bạn certainly can, mates! We'd like that, too." Laura added, "Indeed!" "Great!", exclaimed Ringo. Sparkie did a back flip in response. They soon got settled inside the train, and the three Beatles decided to take a nap while Laura leaned on George's side. This made him smile...
continue reading... 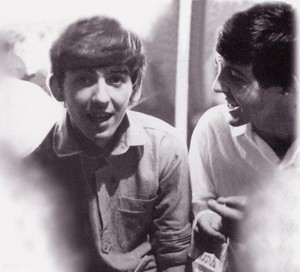 1
Paul and George
added by ktichenor 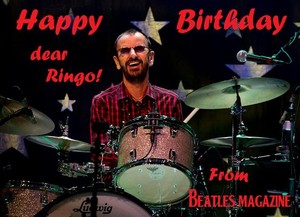 1
Happy Birthday Ringo!🎈
added by ktichenor
6
With a Little Help From the Beatles Part 3
posted by 80smusiclover1
Boosting Laura's Confidence

After Laura's wounds were cleaned and patched up, she and George travelled back trang chủ so that she could rest. As they sat on the đi văng while sipping some hot chocolate, George said, "Since bạn have the rest of this week to prepare for the sports tournament, let's use it to give bạn a big confidence boost along with your training. That way, you'll be able to become much stronger in standing up for yourself against those losers." Laura replied, "Thank you, daddy George! I really appreciate that." He gave her a hug and responded, "You're veddy welcome, Laura, darling."...
continue reading...
More Cards
1234567891011