7
Parallel, Ch. 20
posted by shomill
They got in the car, D driving and Samantha sitting in the backseat with Sharon. “So the plan is… what?” asked Samantha.

“Get out in the open,” D said. She looked at Sharon in the rearview mirror. “You did say that she đã đưa ý kiến she’d get zapped back if she wasn’t undercover?”

“And I’ll draw her to me,” Sharon finished for her.

The girls looked at her in surprise. “You sure?” asked Samantha.

Sharon nodded. “If she told the truth, I should be perfectly safe. She’ll be gone before she can do me any harm.”

Samantha’s phone rang, and she opened it quickly. “Sam?”

“We burned the bones,” Sam said.

“I know,” Samantha said. “They had some sort of effect on her. Now she’s really pissed. She’s tied to this world, Sam. The only way to destroy her is to get her back home.”

Sam closed his eyes, looking for all the world like a bee had just stung his backside. “How?”

“We’ve got an idea,” Samantha said. “Hold tight and stay where bạn are. We’re gonna send her through.”

Sam closed up his phone and looked up at Dean, his eyes hiển thị his anxiety.

D stopped the car bởi the cemetery plot containing Richard Walker’s grave. Emily’s and Sharon’s headstones were to the right. With Sharon navigating, they had no trouble locating the graves. “This is where the guys are in their time,” D said, as the three of them got out of the car. “This is where we need to be.”

Sharon walked out into the middle of the plot. She looked around and waited. “Come on,” she muttered. “Come on!”

The ghost appeared beside a large tree. Sharon spread her arms. “What are bạn waiting for? What are bạn scared of?”

“You have to kill me for me to come with you?”

“You have to kill me,” Sharon repeated. “No one else can?”

The spirit remained silent, staring at her.

Sharon walked over to the Impala. D and Samantha both leaned against the car, giving her a puzzled look. Sharon held out a hand. “Give me a knife.”

Samantha looked at D questioningly. D sighed uncertainly and unlocked the trunk. Sharon picked out a short, sharp dao, con dao and gripped the handle tightly. D muttered to her, “For the record, this is a bad idea.”

Sharon nodded in agreement and walked back out into the middle of the plot. She raised the knife, the blade pointing down.

The spirit gasped in horror.

Sharon brought the dao, con dao down, towards her heart.

The spirit appeared in front of her, stopping the knife, and asked, “What are you-”

The lightning cut her off in mid-sentence. The spirit disappeared, and Sharon fell to the ground, untouched.

Sam and Dean had to shield their eyes from a blinding flash in front of them. Sharon Walker’s ghost appeared in front of them, and almost immediately melted in a fiery ball.

Sam stared at the scorched ground for a một phút and then took out his cell phone and called Samantha.

Sharon nodded. “Shaken, but all right.”

Samantha’s phone went off. She answered it without hesitation. “Sam?”

Samantha grinned at the others. “It’s over?”

Samantha asked, “Turn on the speaker, would you?” She turned on her own phone so D and Sharon could hear, too.

“Thanks for everything,” Samantha said. “We literally could not have done it without your help.”

Sharon smiled. “Thanks, guys, for saving my life. I owe all of you, big-time.”

Dean replied, “No, bạn don’t owe anything. Just don’t kill anyone, and try not to get killed. I don’t want to have to come back and burn your Bones tiếp theo year.”

Sharon stepped back and let Samantha and D talk to the guys in privacy. “Hey, Sam,” Samantha said, “listen, um… I just want to let bạn know that I’m gonna miss you, and, um…” She took a deep breath and chewed on her lip for a minute. “I- I tình yêu you, Sam. If I’d had a big brother…” Her voice broke, leaving the rest unsaid.

“Yeah,” Sam said, after a moment’s pause, “me, too. Well, I mean, except that you’d be thêm like a little sister.” There was a pause while Sam swallowed the lump in his throat. “I’ll miss you, too.”

“Yeah,” was the immediate response.

Samantha glanced up at the clearing sky. Bits of blue were poking through the trái cam, màu da cam clouds, and all the lightning had suddenly vanished. “Sam?”

Samantha closed up her phone and looked at D sadly. D let out a heavy sigh. Samantha blinked quickly, her eyes stinging painfully.
joose32, lollipopdisease and 5 others like this
shomill One chapter left! 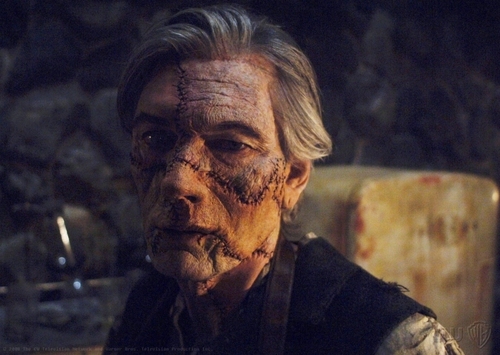 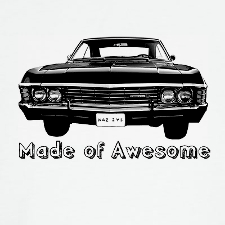 Awesome car
The black, four door, '67 impala is one of the most important các điểm thưởng on the show. Would it be the same without it? Over the past five series its: been 'smashed up', rebuilt - many times, almost chẻ, phân chia, split in 2 bởi a killer truck, seen the end, and many many more... So what makes the metallicar so special to us?

One aspect is the style of car. bạn may have noticed how there's a lot of rock âm nhạc playing, and some of the titles are also named after rock songs. bạn also learn in the first episode that dean likes rock bands. The car fits into this theme. And it wouldn't be the same if it was, a 'Renault...
continue reading...

8
YNTV Windowlicker Remix (Supernatural)
added by Dean-girlx
video
Supernatural
Dean Winchester
Jensen Ackles
Sam Winchester
Jared Padalecki
season 4
season 5
11
Fanfic Part I
posted by HorrorFan101
This job is stupid, Sam thought bitterly to himself as the windscreen of the Impala was dashed with fierce rain. We should be focusing on Dean right now, not going to investigate a possible haunting.
Sam glanced across at Dean in the driver’s seat, who was looking determinedly at the dark, wet road ahead, concentrating in the avoiding way that only Dean could. Sam knew when Dean had that face on, he wasn’t willing to negotiate anything, let alone talk about his feelings. Sam couldn’t tell if Dean thought about his deal at all that much, as it seems he always felt he had to put on a mask...
continue reading... 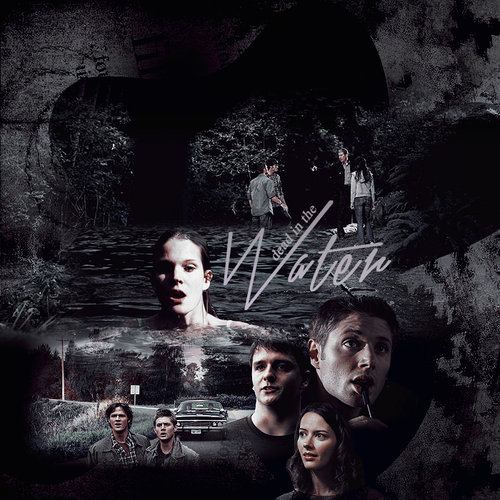 Dead in the water
added by Hellen20