5
The imporant mission Chapter 1- the assignment
posted by jedigal1990

Intro
xin chào everyone this is my first attempt at a real fanfic hope bạn enjoy. This is dedicated to my padawan learner GalindaGirl who came up with the idea i really hope bạn enjoy it.

Anakin walked the halls of the jedi temple in trying to be extra quite. The sun wasn't out yet and most jedi were either sleeping hoặc in deep medatation. He made his way to his padawan, Ahsoka's quaters. Once he made it there he knocked on her door.
A sleepy-eyed Ahsoka opened the door half way. She was surprised to see her master there so early. "Master" she đã đưa ý kiến sleeply, "what are bạn doing here is everything alright" Anakin smiled at his very obviously sleepy padawan "Everything is fine snips" he đã đưa ý kiến "actually we have been summoned bởi the council."
Ahsoka's face immediatly turned to a big smile all hints of sleepness were gone replaced bởi excitement "This early yay it must be a mission why else would they call us this early" Anakin again smiled he remembered being this excited when summoned to the council in hopes of a mission but he bit back his excitment and replied as his master did when he was younger saying "We shall see" Ahsoka lauged "skyguy bạn arn't fooling me i know very well that your just as excited as i am" Anakin gave her a look then đã đưa ý kiến "It doesn't matter bạn best be getting dressed and ready we shouldn't keep the council waiting" "of course master" ahsoka đã đưa ý kiến "give me two phút and i will be out." she went back in to get dressed. Anakin waited for her.
When she came back out they walked over to the council room in silence together. When they got there the full coucil was assembled waiting for them. They both bowed to the jedi masters in respect "Good morning masters" they both đã đưa ý kiến in unison. Windu replied "Good morning, Thank bạn for seeing us so early." Yoda đã đưa ý kiến "An urgent mission we have for you, Disappeared two senators have." Ki-adi-mundi continued "Their dissapperacnce came at a strange time, both of them were to make an important speech against the banking clan imposing tougher rules." Find the senators and whose behind their disapperance bạn must"
"Understood master." Anakin replied. "You two won't be going alone" đã đưa ý kiến windu. Anakin nodded "is obi-wan going with us" he đã đưa ý kiến hopefully. Windu nodded "yes he is, we have already briefed him. He is researching and breifing the clones that will also accompany bạn which includes rex and his men and cody and his" Anakin nodded "great. We will head to obi-wan right away masters" "not so fast young skywalker" đã đưa ý kiến windu " one thêm person will be accomping bạn on this mission" Anakin gave him a confused glance "who might that be master" Yoda đã đưa ý kiến "not to worry know her well bạn do senator Amidala it is."
Anakin surprised ahsoka bởi yelling out "WHAT, Why masters don't bạn understand that this mission can very well be dangerous why would bạn risk another senator especially Padme uh.. I mean Senator Amidala its pretty obivious that the banking clan is behind this and Senator Amidala has delt with them in the past and lets say things didn't go very well" "know that we do but thats part of the reason why decided we have that senator Amidala accompanies bạn she knew both of the senators very well as well as having experince with the banking clan." yoda đã đưa ý kiến " we thought it best to have a senator tag along and she makes the best choice as the reasons yoda đã đưa ý kiến as well as the fact that she knows both bạn and obiwan and ahsoka very well" windu replied "and don't worry she has bạn and obiwan and ahsoka and the clones to look after her not to mention she has demonstrated her skills with a blaster i think she will be fine." Anakin, still not convinced it was the best idea, bowed and đã đưa ý kiến obediantly " yes masters." Windu đã đưa ý kiến "You are to meet up with obi-wan immediatly following this meeting then bạn all will go meet up with padme at the senate building." Anakin and Ahsoka bowed "yes masters" "your dismissed"windu replied "may the force be with you." Anakin and Ahsoka both left the coucil room and headed toward obiwans location. 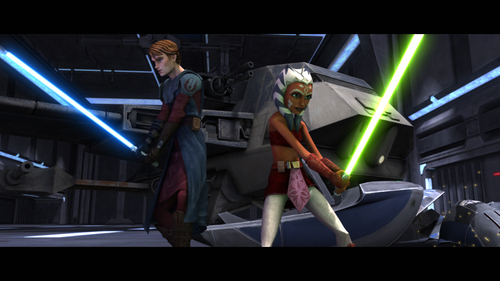 rexsgirl123, captainrexbest and 3 others like this
jedigal1990 hey hope you enjoy chapter 2 coming soon
pokeman101 cool
GalindaGirl That was awesome. I thought Padme' would be one of the missing Senators, so glad you deicided to put this on! I'm writing two diffrent stories. One is about Ahsoka. Keep going on this, I love writing, my chapers are like 8 padges on word though. No lie, well that's my other book. I'm having trouble with the one on Ahsoka. Is this my Episode idea? Aww that is so sweet of you Master! Loveing this! PCVS! Ah, you don't know what that means do you? Well on the alternate endings area on the message board for the Nancy Drew games have PCVS, it mean Please Continue Very Soon. PCVS! ~♥GG♥~
jedigal1990 i will i promise i was actually thinking about making her one of the missing senators but then i thought if her and anakin had to work together it would be more intersting thanks for reading it. well i kinda had an idea of anakin and padme and ahsoka working together before but never thought anything of it until you posted your episode idea. i can't wait to read your stories you should definitly post them on here
GalindaGirl I might, one is on Ahsoka. It starts before she started her Jedi Training. Then I make up missions and say where Ahsoka was when she wasn't in a episode.
jedigal1990 that sounds awsome i would love to read it
GalindaGirl One isn't on the Clone Wars though, it's a whole other thing. And my chapters are like 8 padges sometimes on Word so it would be super long. But I might, I'll think about it. It's not the courage, it's that I've been busy latley and have a hard time writing.
jefferyw52 wow that was funny on anakins responce to padmes assistance i love it keep it up i love your stories too wow im reading lots of fan fiction now with you kasey demonwolf and galindagirl i love all this its wonderful
GalindaGirl You want me to put mine on??? Okay, I'm pry gonna start the one on Ahsoka all over, I got a better idea. I'm going to do more of your journal for her. Or would you rather a book? Like a normal writte book? It doesn't matter to me.
jedigal1990 either one sounds great GG i just got done reading the first one on your spot it was awsome keep it up
DSDG very good it is awesome i right stories myself im a very obessesed star wars fan
GalindaGirl Guess I'm not the only one!!!! :D I'm a Star Wars Nerd lol. I braid a small part of my hair for a padawan braid. (Turns out no matter what you do, you have to re braid it every few days). And I always have my lightsaber on me. It's the only reason I wear a belt lol. Glad you liked my second Star Wars fan fic jedigal1990. :D I also write Alternate endings for Nancy Drew games, I've only written 2 and I'm going to make a third. Well one isn't a persis alternate endind so that's one. stargazer4ever should understand what I mean. I love writing.
jefferyw52 hey gg im a starwars nerd too
GalindaGirl Awesome! I do everything Star Wars I can lol. Hope you can continue soon Michelle!
jedigal1990 i know i will try i'm having a huge case of writters block right now not to meniton i'm just lazy but i will try to get it on soon okay
captainrexbest wheres the rest of it? i really want to see it
jefferyw52 when will the next chapter be made? i wanna read it sooooo bad
jedigal1990 okay okay i promise i will work on it will be up soon okay thanks for reading
jefferyw52 yay i want to see more of your ahsoka imagination
jefferyw52 i guess soon means 1 year. lol i know u havent had time to go on the pop but i hope u make chapter 2 soon. this feels like its the assignment thats not the assignment. lol
jedigal1990 wow i totally forget i even posted this i will try to work on a chapter two lol thansk for reading
rexsgirl123 cool can rex be in it please

2
Ahsoka's Death and Resurrection
added by StarWarsFan7
This is a sad and very emotional scene ever in ngôi sao Wars history!
video 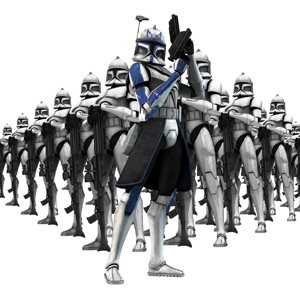 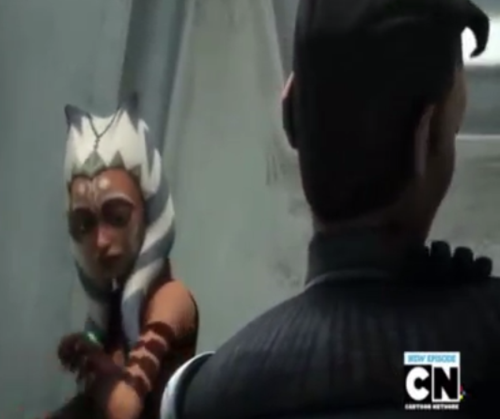 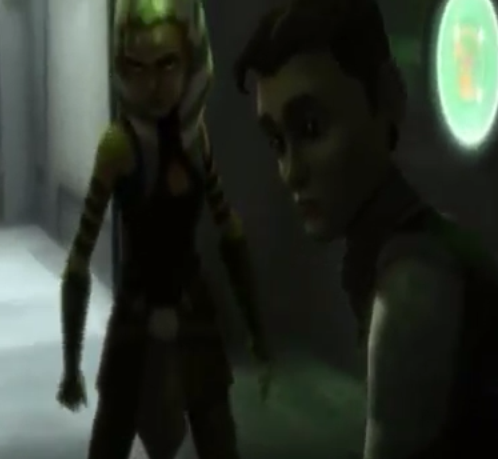 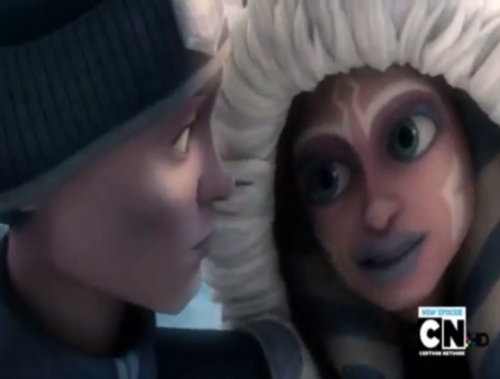 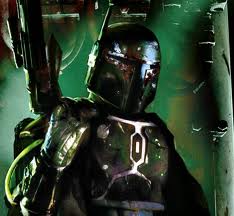 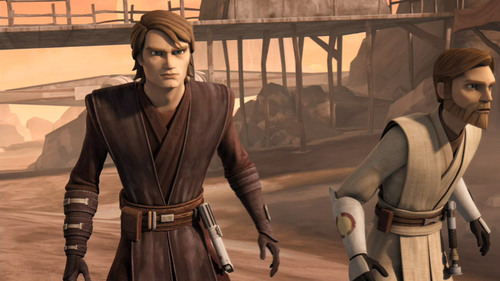 This town isn't big enough for the two of us!
added by padani53 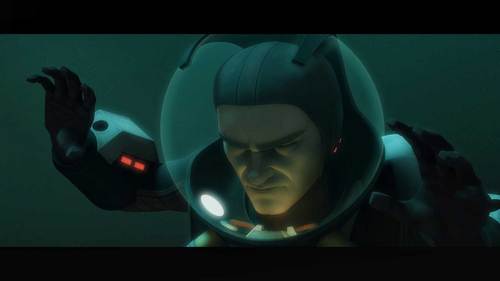 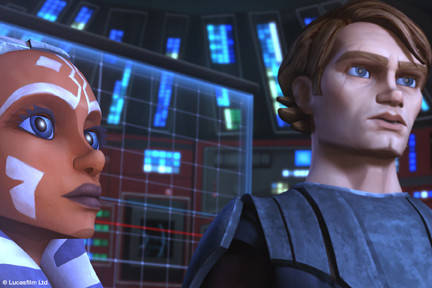 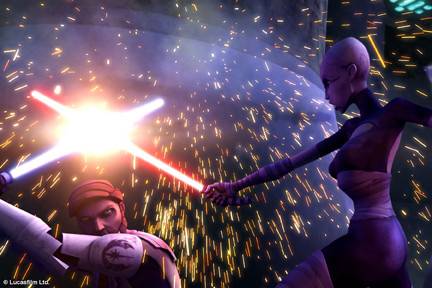 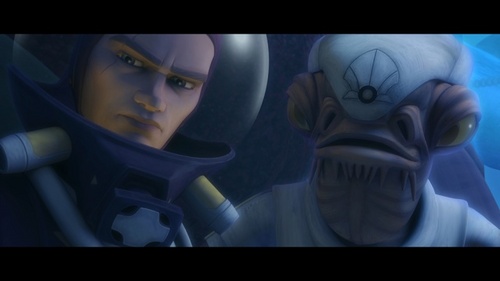 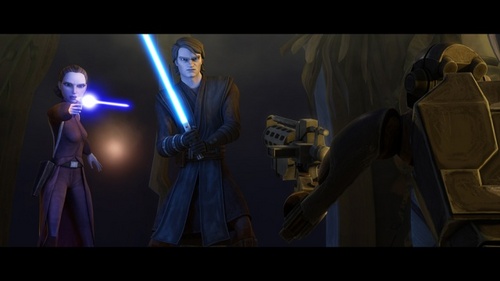 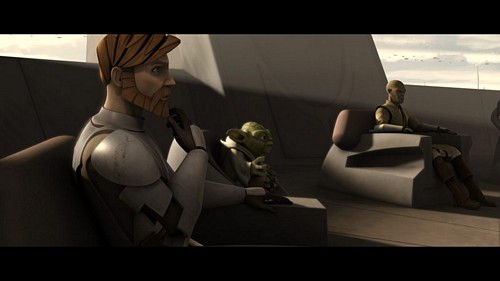 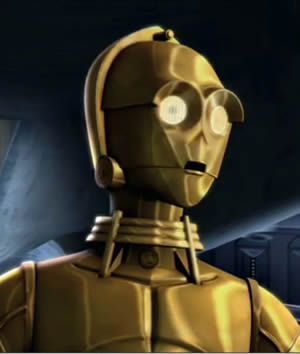 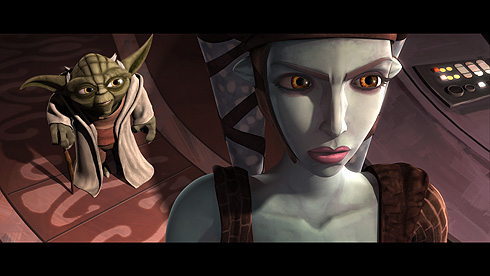 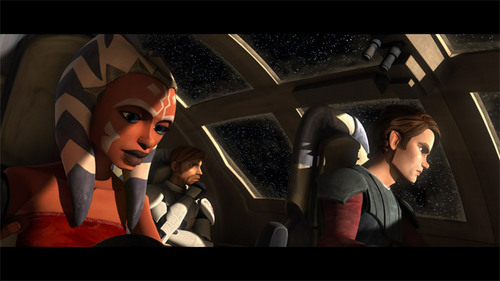 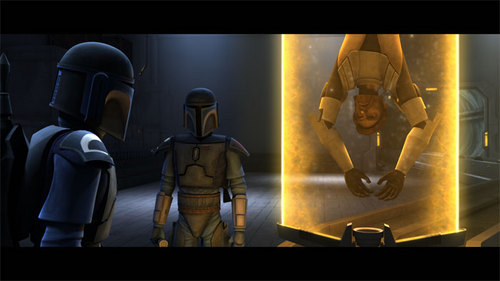 Obi-wan in trouble!
added by starwars101
unfinished
posted by lovingflame
"Ahsoka will bạn stay after class.I have something to discuss with you." Commander Flash đã đưa ý kiến to his upper classmen's explosives class. Sharp looked back at Ahsoka questionably. She only shrugged. As the chuông, bell rang the snickers and jabs began as the cadets left the room. Sharp said."I'll wait for bạn outside." Ahsoka nodded as she approached the Commander's desk.Commander Flash smiled, and for not the first time Ahsoka wondered if he got his name from his cá mập like smile."Congradulations Ahsoka." He came out from behind his bàn moving his droid dekar with the hand controls. Shock registered,"For...
continue reading... 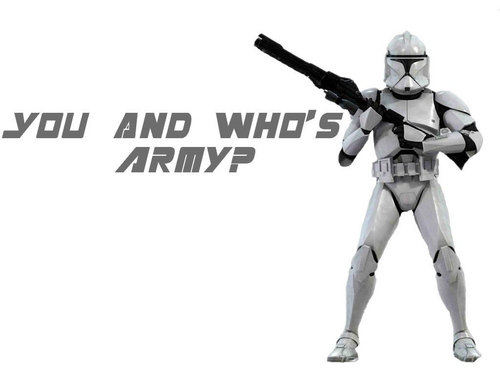