(Untitled)
posted by Love12babe
Well, I'm smart! I even know alot about Uzumaki Naruto! He's a picky eater because he loves only ramen. He hates vegetables. Has a crush on Sakura. Is a pervert, which is even a trait hated bởi Ikura, who is a male (also ESPECIALLY hated bởi Sakura even though she's flatter than me). Naruto has cartoonish dark dark blond hair, VERY VERY dark blue eyes, which both from his father. His hair is spiked up on hàng đầu, đầu trang like his father, but without the sharp spike fang bangs his father has at the sides.
When Naruto was younger in original, he sported an trái cam, màu da cam tracksuit, trái cam, màu da cam pants, blue at the some parts, a little white on the high turtlenecked-like white-colored collar, white on the other side, the Uzumaki clan symbol red swirl pattern on his back, blue-colored sandals, and a white bandage pouch thing with a black strip on his < leg. At Shippuden he now sports the same tracksuit and pants, the blue has been replaced with black, even the white replaced with black, the cổ áo in a turtleneck-like thing around his neck is now black, he has the his headband in black and in the form of a bandanna, same red swirl on back, same thing around leg, and black sandals.

During the fight with Pain, he wore the ngắn tay, tay áo ngắn black sage áo khoác quần áo, áo choàng with red on the bottom edging and had the Sage mode eyes.


Naruto has the 9nine Demon cáo, fox spirit side-effect curse whisker marks on his cheeks which developed when he was growing in his mother's woom.
He got the shape of his face and eyes from his mother, such as many personality traits, such as saying, "Dattebayo!"

His skin is like a mixture of the một giây choice of caucasian and the màu hồng, hồng color on the 3DS Sims 3. Which is also his father's. I don't think it's rated "fair" though because that's the first choice on the 3DS Sims 3 game. Which is lighter.

He is hyperactive, sometimes rageful, playful, happy, can get sometimes easily angry with people, cares about people, spunky, and creative.

His parents are Namikaze Minato (Minato Namikaze in English) and Uzumaki Kushina (other way in English). He also inherited his surname from his mother instead of his father, which is odd because usually it's the other way around. (But I think the main reason is because if he heard, "the 4th hokage's name was Uzumaki" then he would go, "what?! he looks like me and has the same family name!? no wonder why he looks like me! i knew we were related!" He has Wind style, which is from his clan, also the reason why his Clan symbol is styled as a swirl, and they have wind abilities.

His surname translates to wind hoặc wind pools and his được trao name translates as fishcake(s)
Love12babe a fish cake is a thing with a pink swirl in it
Love12babe So Uzumaki Naruto in english would be Wind Fishcakes or Wind Pools of Fishcakes. In English where his first name goes first, Naruto Uzumaki, it's Fishy Wind or Fish Windpools. His family name (last name) means wind pool in singular or wind pools plural. In Japanese, words like ninja, kimono, gato, yamata, bento, shinobi, kinochi are all plural without the s at the end. It's Japanese words, so it's Japanese grammar! Also the words genin, chunin, jonin, jinchuiki are all singular or plural by themselves.
Love12babe In English, the word Shippuden means Hurricane: Chronicles
Love12babe Ino translates to boar from her father Inoshi. Whose name also means boar. The real word for boar in japanese is inoshi but ino seems like a "shortened term." I don't know what Yamanaka means in english but my guess is since she works at a flower shop, it seems something that has to do with flowers. Ino's name meaning is also why Sakura calls her "Ino-pig"
Love12babe cho is japanese for butterfly and ji is just a name ending so that's what choji s name means
Love12babe "Maru" is a common male ending for a male's name = Shikamaru Akimaru Konohamaru Orochimaru Well, Konohamaru's name is pronounced "Konoha-mm-a-roo." Like Konoha, the leaf village, which he's named for, but in japanese leaf just means ha Temari is a japanese ball game Mari is a version of maru It's also the ending for a female name
Love12babe akimaru's name aki means red
Love12babe Shika translates to as "deer, lazy boy, lazy deer"
Love12babe tsunade translates mooring rope. tsunade sounds like tsunami and is pronounced sue na day. like tsunkune aono; in japanese the t is silent and the s goes after the t. the name "tsu" is pronounced "sue" and the e is taken off. a tsu name can be for a male or female.
Love12babe shika means 'dear or lazy' kibas mean inuzuka in japanese the word inu means dog. (such as inuyasha). and zuka is just an ending. this may refer to how kiba's family is so in tact with dogs and because of akimaru.
Love12babe Name meaning = Sakura Haruno (Haruno Sakura) Haruno = Spring field Sakura = Cherry Blossoms In Japanese, Haruno Sakura means a spring field full of cherry blossoms. Or in English, the name Sakura Haruno means a Cherry Blossom in a spring field. Hyuga Hinata Name meaning Hyuga = Towards the sun Hinata = Sunny place Hyuga Neji Name meaning Hyuga = Toward the sun Neji = Screw Hint: the name Hyuga is pronounced you-guh Screw Hyuga Hyuga Screw The H is silent. Hinata is the only family member whose name ends with an a instead of an i. Neji is the only family member with an N instead of an H. This trait is also making them very different from the rest of the clan. Also, in Part I, Hinata's hair used to be short, but grew in Part II. All the rest of the Hyugas are long-haired. 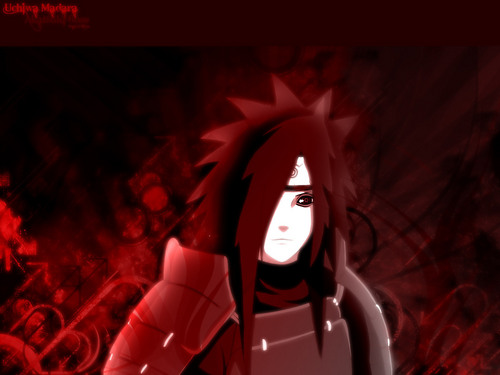 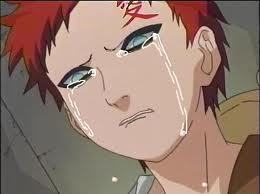 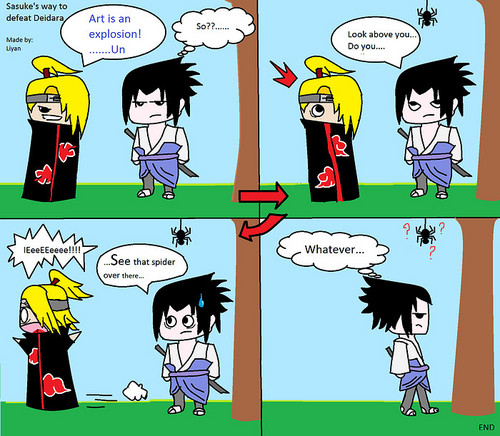 1
Deidara VS Sasuke :)
added by AngelOfAnime13 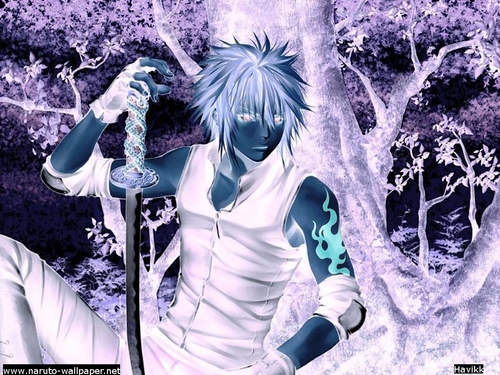 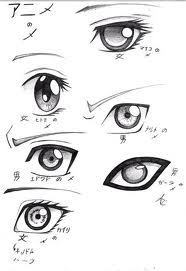 i s
added by ikirujnij 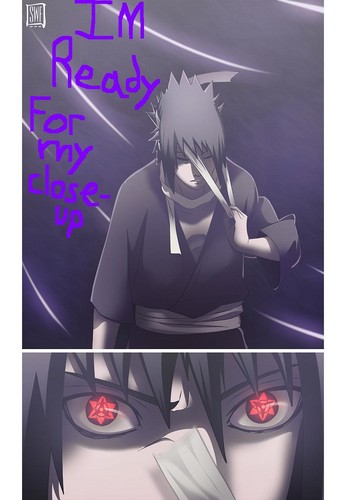 READY FOR CLOSE UP
added by olivia8970 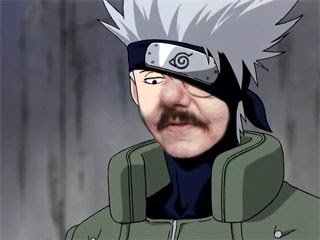 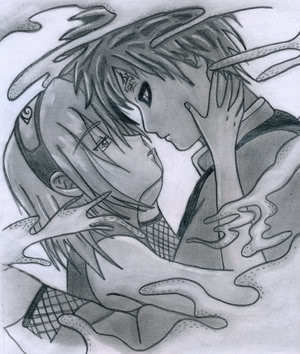 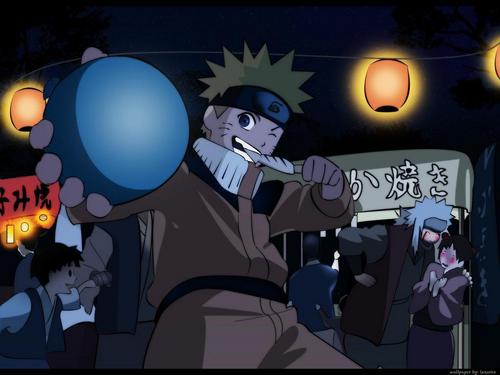 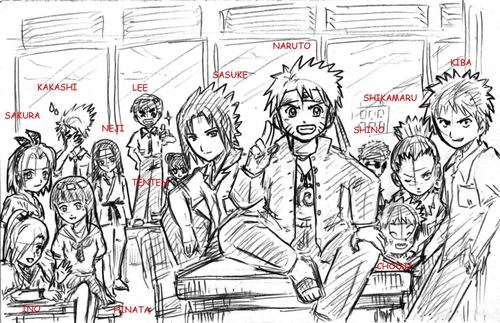 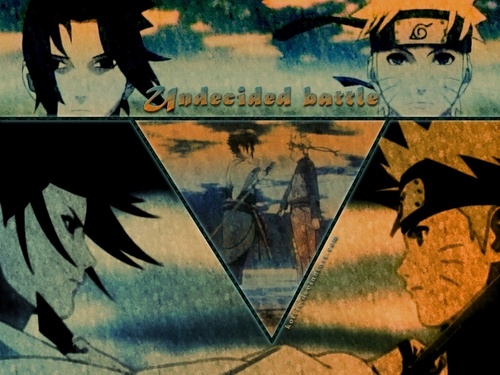 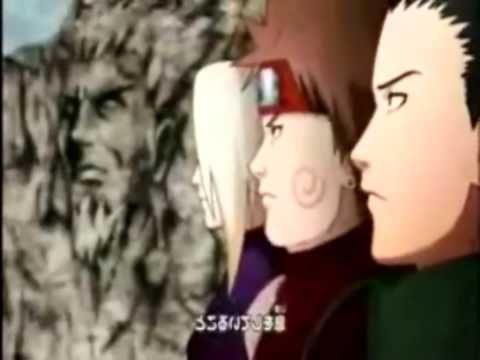 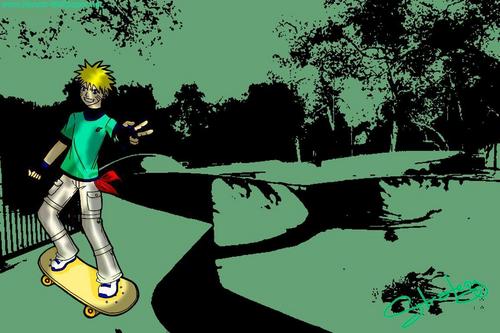