Past:
Dr.Carver was a field medic during WW3, having first hand experience in the combat zone, and being extremely close to the nuclear bombing. the blast burnt and seared his flesh, the radiation affecting his biological matter.

since surviving the bomb, his status was KIA, however he wasn't dead. for the remainder of the war he spent his time tending his wounds, and trying to survive... his worry wasn't the Radiation, he seemed immune now, his worry was others. Humans had gone mad, acting like it was the post-apocalypse.

Carver created for himself a makeshift electromagnetic-coil sniperrifle, but not for hurting humans, but more for hunting food. combine this with the supposed 'superpower' he gained from the radiation, and he's been surviving well.

There are 2 sides of Carver's power,

[Merge] If you look to the picture below, you can see Scarver is sort of meshed into the side of the mountain, this is his 'merge' side, He's able to merge with non-organic material, and move around in them, sort of like passing through things.

the 2nd part of his power is [copy]
His biological constitution can copy the attributes of non-organic material, for example
If he copies Rubber, he'll be able to rebound physical attacks without suffering damage to himself, he will also be immune to Electricity and can float. If he copies Lead, he will weigh tonnes, will sink in water and be hard to break.

Do note that these abilities to extend to other non-organic materials he touches, such as his clothes.

Looks:
There's a picture for you.

underneath that armour and clothes, You'll find a brown-haired, brown-eye'd, scarred and burnt man. 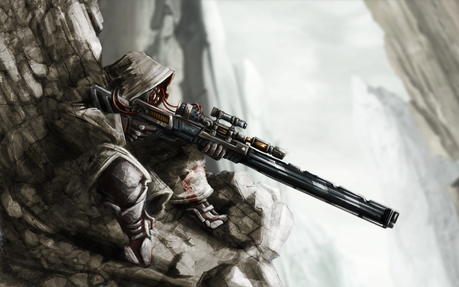