Over Again 1 (Alex)
posted by LexisFaith
Alexandra Williams and Liam Payne were best Những người bạn growing up. But when Alex turns 9 she is forced to di chuyển to New York with her parents and leave 10 năm old Liam behind. Loosing touch like distant Những người bạn do, now 19 năm old Alex is in Uni while 20 năm old Liam is in a world wide known boy band. One day, Alex gets a call that just might change her life. Two old Những người bạn get to know each other all over again.

“Don’t worry, Alex. When I’m old enough to come get you, I’ll get on an airplane and bring bạn back here.” Liam was pushing me on the lung lay, swing in his back yard.

I wiped my shoulder length hair out of my eyes. “You promise?” I asked.

I slowed myself to a stop, dragging my toes in the mulch, then twisting myself around to look at him. This was going to be the last time I was going to see my best friend for a long time. I memorized the slight tim, trái tim shaped birthmark on his neck, the way his brown hair hung slightly in his eyes. When he smiled, his chubby cheeks made his eyes smaller, but they burned brighter.

I smiled a little. It was hard to smile right now. “Just trying to remember you.”

He sighed and sat in the lung lay, swing tiếp theo to mine. “I wish bạn didn’t have to go.”

“Me too.” I sighed and looked up at the stars. “I tình yêu you, Li. You’ll always be my best friend.”

A loud, crazy, buzzing noise screamed in my ear, forcing me out of the dream. Well, memory. I sat up, hitting the snooze button on my alarm clock at the same time. It had been ten years since I left Liam back in Wolverhampton. Eight years since the last letter I had written and received. A năm and a half of waiting for him to come visit like he promised. But I had seen him lately. He was on the cover of almost every teeny magazine known to man. hoặc teen. He along with four other boys were in the big world known band One Direction. When I had first seen him on X-Factor I spewed my drink all over my mom who was sitting tiếp theo to me. I was so excited for him that I found time in my junior năm of high school to write him. But I never got a letter back.

I practically watched him grow up through the pictures on the front of the magazines and on TV. But he had yet to see me. He had no idea how much I had changed. My dirty blond hair changed into this dark auburn/brown mess that I have to straighten every morning because it’s got a mind of its own. I had only grown to 5’ 3” and my eyes were still green, but all in all, I wasn’t the same girl that I was ten years ago. Then again, what girl is?

After my shower, I pulled on a pair of jeans and a sweater, threw my hair up in a messy bun and slipped on my vans. I fed Maci, my pomski (Pomeranian and a Husky mix), grabbed my text books, and my cái ví, ví tiền and closed the wooden door behind me. I locked the deadbolt with my key then desperately tried to get them back into my suitcase of a cái ví, ví tiền without having to take it off my shoulder. That’s just too much work. But in all of my fumbling around I ran into what felt like a brick wall.

“Running late?” I looked up to a smirking Mac.

Mac was my neighbor. My body building neighbor. Ever seen Kellan Lutz? Yeah, it’s his twin. We were in the same năm of Uni (old English habits die hard), and were even studying the same thing.

I blew my bangs out of my eyes and gave him my signature sass look. “No.” I finally gave up and threw my cái ví, ví tiền down on the ground, tossing my keys into the opening. Then I groaned. I didn’t think about having to pick it up. I reached down and grabbed up tossing it up on my shoulder. “Just…one of those days I guess.” I walked beside him to the lifts. He pressed the down button and leaned against the wall.

“So, there’s this party tonight.” He started.

I rolled my eyes but smiled stepping into the lift. “Mac, bạn know I don’t do parties.” He stepped in behind me and I pressed the first floor, watching it light up under my fingers before I leaned back against the mirrored glass.

“Hey, one of these days bạn actually going to look up at me when bạn answer, see these cún yêu, con chó con eyes I give you, and you’re going to say ‘I’d tình yêu to, Mac. What time should I be ready?”

I literally laughed out loud and the lift chimed that our ride was over.

“And then, bạn are going to see me all dressed up for the party and you’re going to be asking me to be your boyfriend.”

“See bạn at 3.” I smiled exiting the lift, and putting on my sunglasses.

To anyone that hadn’t ever met Mac, he could come across as this self-obsessed, meat locker, but truth was, he had a sense of humor bạn had to meet to know.

I stopped at Starbucks on the way to class, ordering my usual Peppermint Mocha, sipping on it as I stepped back out onto the sidewalk. Today was an unusual ngày to November in New York. It was 45 degrees out now, but would climb its way up to 60. I could take Maci for a walk today.

I passed bởi a news stand and made the mistake of glancing over. Liam was on the cover of Teen Vogue, his hair longer on hàng đầu, đầu trang and shorter on the sides, he had his áo khoác pulled up to cover his neck. I missed him. The old Liam. I didn’t even know this Liam. This Liam that only resembles the Liam I left back in Wolverhampton. His eyes were the same, his nose too. But everything else about this boy…no, this man, had changed. I closed my eyes and groaned out loud, ignoring the woman walking bởi giving me a weird look, and dug out the money. I thanked the little Chinese man and grabbed the magazine, shoving it into my cái ví, ví tiền for later.

“I can’t believe I just did that.” I laughed to myself. thêm weird looks. They could shove it.

"You're sure bạn don't want to go to the party?" Mac asked as we were unlocking out doors.

"I'm sure." I turned the handle and pushed my door open. "But bạn go. Have fun." I waved a hand at him. "Kiss some girls for me!" I laughed as closed my door behind me. Oh he was sure to kissed some girls. I tossed my keys onto the counter, dropped my cái ví, ví tiền to the floor, and shifted through my mail. "Maci!" I yelled and grabbed her leash from the drawer where I filed my mail. And bởi file I mean hide.

I heard her little paws hit the ground as she trotted toward me. "Hi, baby." I scratched her chin as I latched the clasp. "Let's go for a walk, yeah?" I grabbed my keys again and my phone and headed out the door.
4
Its Gotta Be bạn *Chapter 3*
posted by jayk_lover
*Charlotte P.O.V* *Saturday*

The doorbell rang and I went downstairs to answer the door. I was surprised to se Niall standing there

"Hey Niall come in" I said
"Thanks" Niall mumbled
"So what are bạn doing here? Not that I mind"
"Everyone is going out today and I was thinking maybe that we could"
" yeah, what do bạn wanna do?"
"Whatever bạn want"
"Well I was getting ready to go shopping do bạn wanna come with me?"

"For food?" Niall asked
"No to the mall for clothes and shoes" I đã đưa ý kiến giggling

He got a sad look on his face. I started laughing. Oh Niall...
continue reading...
3
One Direction FanFic part 3 :) @1DWarriors
posted by 1DWarriors
We had finished our Starbucks and Louis took Amy back to The X Factor house (TXFH) and Niall brought Rebecca back too. Harry invited me round but i knew i had to get home. The bands friends, Holly, Leah and Juweria (Or as Louis calls her, Ju) came along and Liam reluctantly went to sainsburys with the girls and Zayn. It was 7:30 and still raining. Harry was walking me home. He had his arm round me and was talking to me about the bands name, One Direction, and how he had came up with it. He changed the subject " Carly" He stopped in the middle of the road and looked at me. " Harry" I đã đưa ý kiến as...
continue reading... 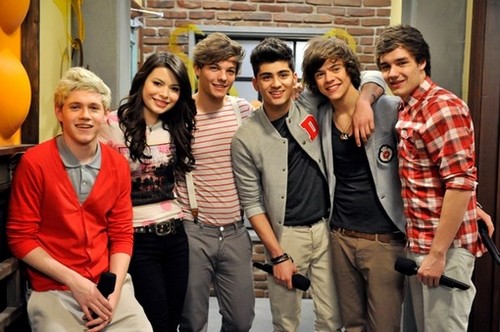 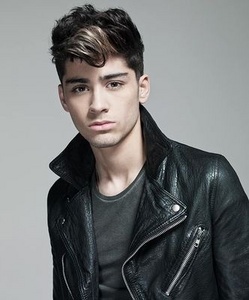 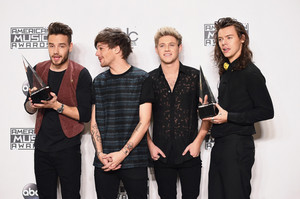 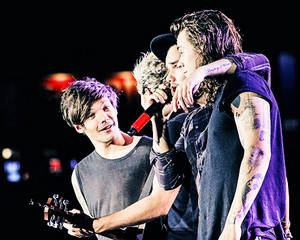 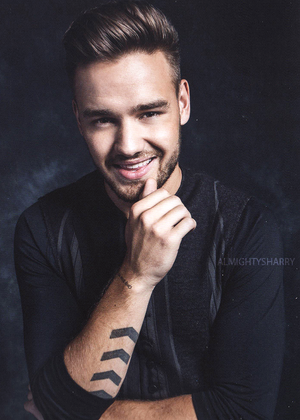 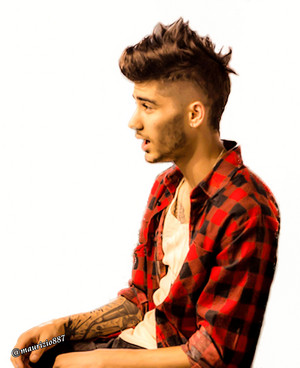 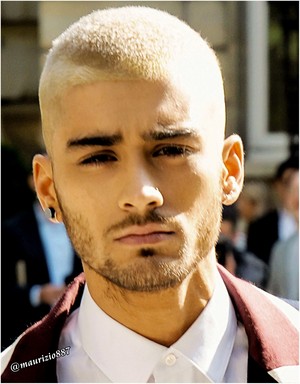 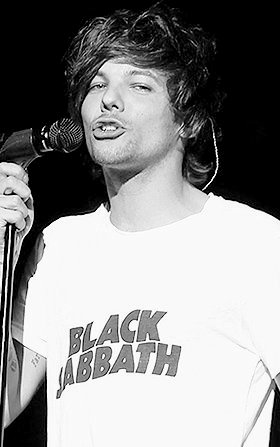 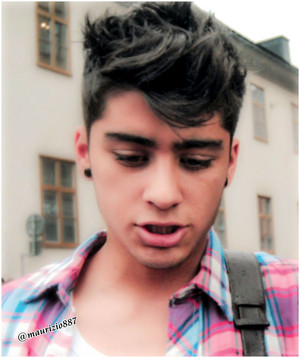 1
One Direction
added by ChrissyStyles1