I snickered at the way Louis was diễn xuất around this beautiful woman. If Zayn wanted to believe that we would back off just because Louis had fallen for her the most,that was fine with me,but he was mistaken. He knew how I acted when I saw a girl I liked,especially if she was Irish. I could tell this girl was Irish,the way she was built,her smile,her eyes,her hair,her voice,her body,everything about her screamed Irish. I so wished I could put a sign above her head saying 'Property of Niall Horan'. As I looked at the woman thêm closely,I realized she was thêm than beautiful,she was sexy. Fine,really. I bit my lip,forcing myself to nuốt, nhạn the words I wanted to blurt out. Liam was too quick,and just as I was planning on doing,he walked toward the woman,grabbed Bella,put her on the ground,then laid his hands on the woman's waist,his face inches from hers,smiled,then began singing. "Your insecure,don't know what for. Your turning heads when bạn walk through the door-" But he was inturrupted as the woman's phone began ringing the âm nhạc to What Makes bạn Beautiful. The woman blushed,escaped from Liam's grasp,picked up Bella,spun around,reached into her pockets,grabbed her phone,answered,then began walking off. "Highlow,Zayn." She đã đưa ý kiến with a giggle,into the phone,still rushing off. I looked at Zayn,he shrugged,looking confused. "No,its Niall. Yes its Louis,you smartone. Zayn,why would Niall have my phone? She has her own. Hey,when are bạn gonna get here? Oh..Bella's here to. I dunno why,my brother just dropped her off,saying he'd tell me later. Maybe Wyatt and Tanner have decided to come. tình yêu bạn to,bye." The woman hung up her phone,putting it back in her pocket. She set Bella down on a chair bởi an alley 5 over from ours. She sat down in front of the machine and began typing in names. "Bella,do bạn want to bowl?" She asked. Bella nodded,and the woman put in her name,then pressed enter. The woman walked over to the ball racks and picked up a green bowling ball and a blue bowling ball,then brought them back over and set them on the rack where the balls came back after someone bowled. The woman went over again,this time picking up a purple ball and a red ball,then set them down with the others. She went back over,and picked up a yellow bowling ball. "Bella,what color do bạn want?" The woman asked. "Pink!" Bella shouted. The woman walked over,put the yellow ball down,and sighed. "Bella,there's only one màu hồng, hồng ball,and that man has it." The woman said,pointing toward Harry. "Then I'll go ask him for it!" Bella giggled,jumping off her chair and running toward Harry. The woman smiled,then looked at me. Our eyes met and I was Nữ hoàng băng giá where I stood,the way Louis was still frozen,his arms in front of him,still molded the way they had been around Bella.
1DnoFan, emilypotato and 2 others like this
supergirl143 love it!
2
you've got that one thing (fan fiction) chap 1 p 1
posted by hannony 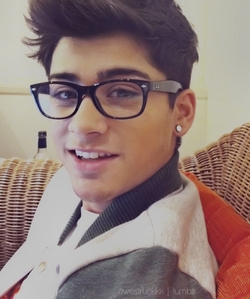 i'm bored i have to get a summer job for i just have 60.00$ now . summer has just begun and i'm missing my country ( spending my holiday searching for a job here in London) but maybe while searching for a job i might find an interesting thing to do .

i have been for one tháng here in Luân Đôn and still i did nothing and i didn't achieve my goals .. one ngày while walking back trang chủ i dropped my keys but i didn't realize it untill i was infront of my trang chủ searching for my keys in my pockets and i had to go back all way for searching on the đường phố, street for my keys .. on half way back accidentally...
continue reading...
3
lấy trộm, đánh cắp My tim, trái tim Part 2
posted by supergirl143
SABRINA'S P.O.V:
i went upstairs after the movie ended.i mostly just texted my friend Georgia.soon the door rang and Liam told me to meet the guys.halfway down the stairs i seen a familiar face.i then đã đưa ý kiến "Louis?"he turned around and đã đưa ý kiến "oh xin chào Sabrina your Liam's sister?" i nodded and Liam đã đưa ý kiến "i see bạn two met?" '"yup"i announced as i plopped onto the couch.he then đã đưa ý kiến "where and how" Louis answered "down the block and we bumped into each other" he nodded and then Niall đã đưa ý kiến "aren't bạn gonna introduce us Liam" "oh yeah this is Niall,Harry,Zayn,and bạn met Louis" he then hit my arm playfully...
continue reading... 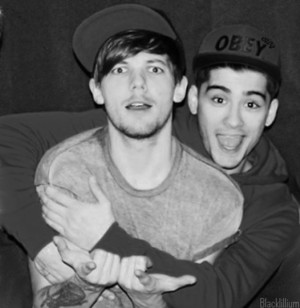 1
Louis and Zayn
added by Blacklillium