The Rolling Stones on Hullabaloo - (I Can't Get No) Satisfaction
added by BuddyBoy600alt
Here is The Rolling Stones performing their famous hit.
video
hullabaloo
the rolling stones
rock and roll
british invasion
mick jagger
keith richards

Well in 1995, It was a very sad năm for Saturday Morning cartoons. NBC was forced to banned Saturday Morning cartoons. It was demanded bởi the F.C.C. And that means no thêm Disney's Raw Toonage / Disney's Marsupilami, No thêm Alvin and the Chipmunks, No thêm Earthworm Jim, No thêm Super Mario Bros., and many more. That means NBC had to replace it with the Saturday edition of The Today hiển thị and new live action teen sitcom called "TNBC". And that means Disney went on to CBS-TV for their shows (such as The Lion King's Timon and Pumbaa). 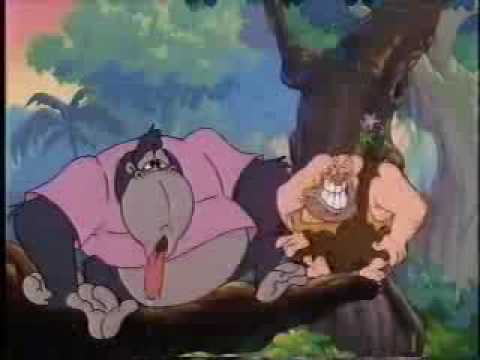 Disney's Marsupilami - Normzan of the Jungle
added by BuddyBoy600alt
This is a parody of Tarzan. BTW, Marsupilami does speak but Maurice does not. (Just like Biff and Sully from Sesame Street, Biff speaks but Sully does not).
video
walt
Disney
cartoon
phim hoạt hình
marsupilami
steve
mackall
jim
cummings