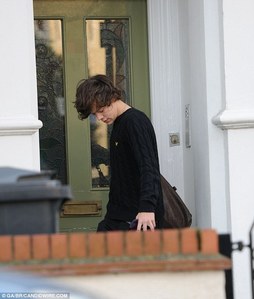 She has failed to deny talk of a budding romance between herself and the teenage boyband member who is poised on the brink of massive stardom.

But it seems that Caroline Flack's secret is finally out as One Direction singer Harry Styles, 17, was seen leaving her trang chủ Luân Đôn trang chủ at 9.30am yesterday morning, confirming the 32-year-old is smitten with the school-leaver.
In pictures that will break the hearts of One Direction's young female fans, the tousle-haired heartthrob was seen leaving the Xtra Factor host's trang chủ carrying his overnight bag.


Caroline emerged two hours later at 11.30am with a wry smile from her Muswell đồi núi, hill home, but hiding behind her trendy sunglasses.
Dressed in tight mận coloured AX Paris jeans, black boots and carrying a black floppy hat, the presenter hurried off to an appointment.

According to The Sun newspaper, 17-year-old Harry arrived the night before at 10pm.

Earlier Caroline had been spotted buying thực phẩm and wine for what appeared to be a romantic evening in - though Harry is not legally old enough to drink any alcohol.
The pair first sparked speculation of a romance back in October, when they shared a drunken Kiss at a party and were caught on camera flirting during the reality series spin-off hiển thị broadcast on ITV2.
Floppy-haired Harry was later quizzed about the kiss, which can be seen in the video below, but he fails deny the accusation while quipping that Caroline is 'hot'.

'Caroline is a worldly woman, who is never short of male attention. Anne just feels Harry needs to stick to girls his own age and says Caroline should back off!'
After much speculation of are they hoặc aren't they, Caroline broke her silence on toyboy Styles in an interview with Now - but still failed to cement whether they are an item.
The 32-year-old presenter previously received death threats on Twitter from diehard One Direction fans, warning her to steer clear of their idol.
But Flack maintains she has done nothing wrong and that people simply 'aren't accepting of big age gaps'.
Caroline said: 'I feel like I shouldn’t have to worry about what I do. But it’s a social thing that people aren’t accepting of big age gaps.'
Defending the 15 năm age gap between them, she added: 'I keep thinking, "What have I done wrong?" But I haven’t done anything wrong.
'What’s hard for me to get my head around is people saying it’s disgusting. I don’t think it is.'
But Harry has stood bởi her and been very supportive: 'He told me: "Don’t listen to Twitter.’ He became the mature one at that point. I was like: "I know but it’s still quite hurtful." I try not to say anything back.'

The pair first sparked speculation of a romance back in October, when they shared a Kiss and were caught on camera flirting during the reality series spin-off hiển thị broadcast on ITV2.
Floppy-haired Harry was later quizzed about the tender moment, which can be seen in the video below, squirming awkwardly in his ghế, chỗ ngồi and failing to deny the accusation while quipping that Caroline is 'hot'.
Last month, the pair were seen sharing desserts at a restaurant in St Martin's Lane Hotel, London, before leaving together in the same taxi. 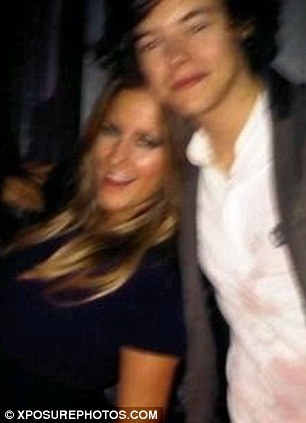 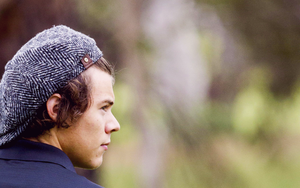 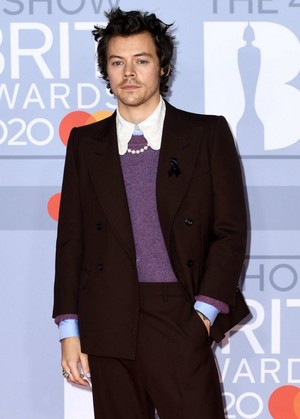 Brits 2020
added by Blacklillium
Source: nguồn in the image/zimbio 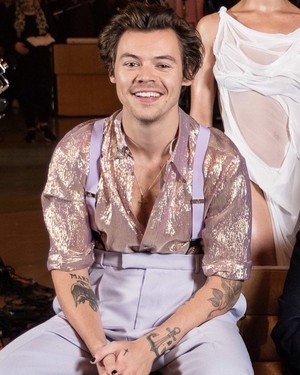 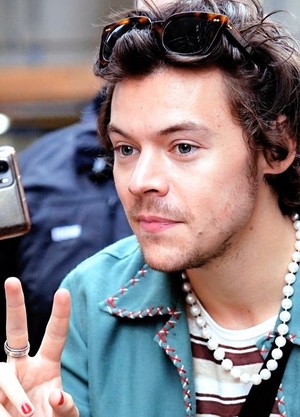 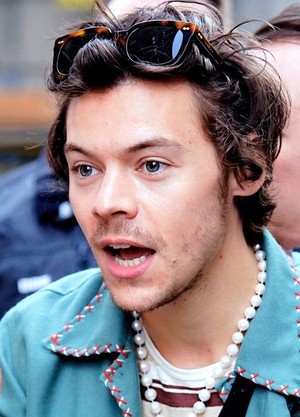 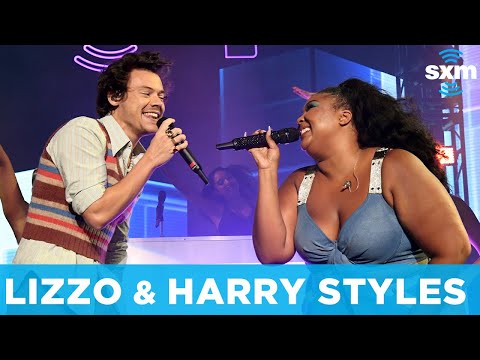 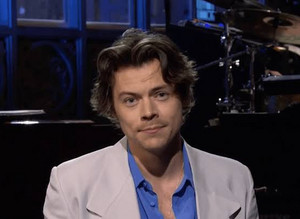 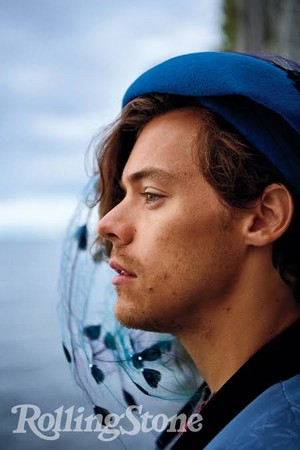 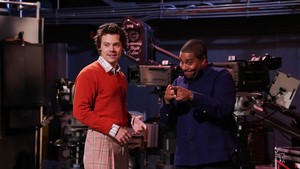 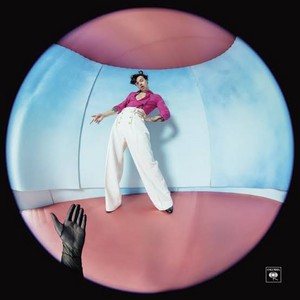 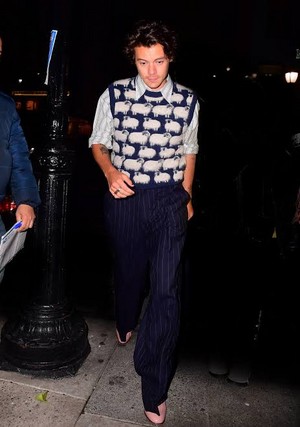 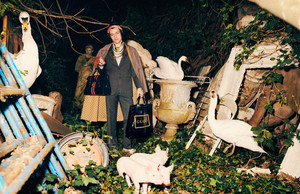 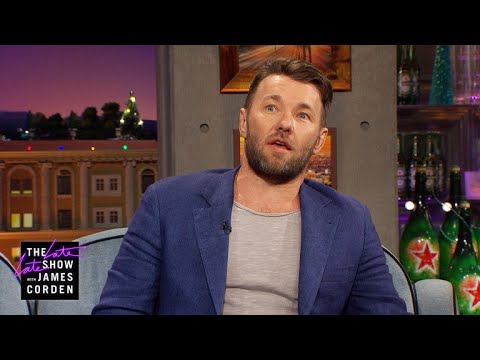 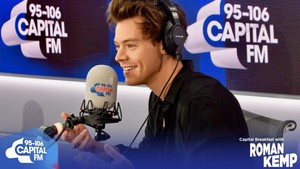 Harry on Capital FM with Roman Kemp
added by QueenSaxon 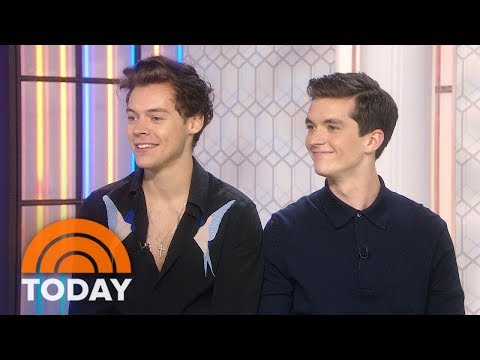 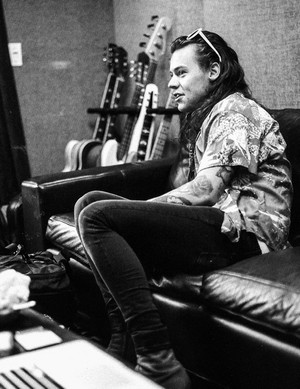 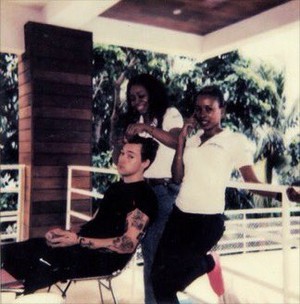 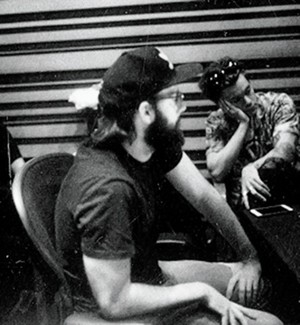 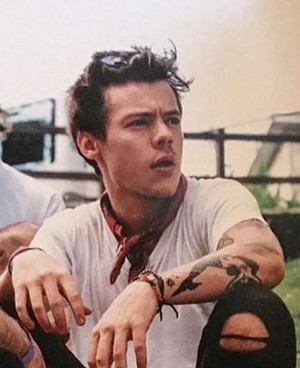