A/N: Right I know this is really late but the summer is here and I've been really busy with my friends. I think I've been to the bờ biển, bãi biển about fifty times already!
Okay Nate might seem a little out of character in this one but bạn have to understand that he's confused about Vanessa and Serena and so his feelings are all over the place, and bạn might feel a little deprived of Chuck and Blair in this one, because this is mainly a group chapter that focuses on Serena, I wanted to do at least one chapter mostly about her so here it is. I hope bạn all like it the same. Thank bạn for all the các bình luận and reviews so far! They mean so much to me. Thank bạn and keep commenting. Thank bạn so much xoxo

Copyright: I own Nothing, Apart from my original characters.

Summary: Inspired bởi the movie 'Little Miss Sunshine'. The NJBC have graduated high school and Serena persuaded the gang to take a road trip since they are all being separated tiếp theo năm bởi going to different collages. They all go and have a few bumps along the way. Which makes them realise who their real Những người bạn are.

thêm Details: Blair and Chuck did happen but after 1x18 nothing happened. Chuck left Blair and then that's how that kinda ended. They are kind of avoiding talking about their relationship and are kind of back like they were in the start of season 1. Serena and Nate did happen. Nate still has feelings for Serena even though he's not aware of it. Nate is dating Vanessa. Dan and Serena are still together.

A/N: I'm really happy with this chapter. I tried to make then being arrested funny and Dan of course I try my best to get his humour right so I hope I do okay, and I know I'm trying to push thêm for thêm Dan/Blair but purely just Những người bạn because I just tình yêu them so much. Anyway tiếp theo time thêm CB, I promise. I will update in a week hoặc so... Please do bình luận before bạn leave. I really appreciate it. Thank bạn so much xoxo
tutiegal, egocentric and 4 others like this
TmoVie_obsessed YAY ANOTHER CHAPTER!!!!!!!! LOL! and despite the lack of my precious CB it was amazing! i loved the scene with them in jail. i also loved how CB were getting breakfast and right before they were about to have like serious talk the others get arrested! LOL! well you already know i love your writing, so just keep it up darling!!!!! can't wait to see what happens! =)
xxGossip-Girlxx Great chapter! The first thing i think of after Blair is Chuck, they totally belong together.
LoveLiesAndLust [b]YAY! Another chapter! That makes me smile. :P[/b] [u]Fave Parts[/u] [i]Blair was never one to hide her feelings well and Chuck was starting to notice. “What's wrong with you?” “Nothing” She she muttered back. “Blair...” “Nothing Okay!?” She snapped and tried to move away. “Don't lie to me Blair” “If I tell you you'll just deny it” “I can't deny anything unless you tell me” “Well... Oh my God, they're going in a police car” She thought now was a good a time as any to tell him what she was thinking but finally they took notice was what was going on outside. “What?” “Nate's in handcuffs!” “What?” Chuck repeated still confused by what was going on. “Oh my God! What's happened?” By the time Blair and Chuck got outside the police car had driven off leaving a very confused Bass and Waldorf standing on the curve side.[/i] [b]Awww, C & B do know each other better then anyone (including themselves) else. How sweet, hehe. But I loved how natefused they were at the end of the paragraph! Probably cause it gave me a reason to say "natefused", LOL.[/b] [i]“Blair” Nate smiled. “Chuck” Dan muttered and laughed under his breath. “What?” Nate and Serena yelled at the same time. “Nate said Blair and you said Chuck?” Serena asked all confused. “Yeah” Dan nodded. “Why?” “Because it's true” “So the first thing you think of when you think of Blair is Chuck?” “Yeah. That and bitchy and annoying and everything I'm stand against but I've gotten used too because she's your friend, but come on Serena you can't say you don't think they'd be perfect together”[/i] [b]Maybe Dan [i]is[/i] smart after all, ahaha. I mean, he has to be, obviously; he knows C & B belong with each other, which I think is just plain awesome, because that`s the second character I hate on GG you got me to like in this, fic, hehe. (Other`s Vanessa, remember, LOL?). But really, that was awesome, Hal! I mean, afterall, why do you think B & C are so close to each other in the alphabet? Or why they`re right next to each other in 'TBC'? :D[/b] [i]“Do you two want anything?” Serena shouted to Chuck and Blair who were barely awake. Blair headed was lying on Chuck's shoulder. “No thanks S” “Chuck?” “No thanks” Serena had to shake her head there for a second, Chuck and Blair having manners? They said thank you. This trip was doing them both the world of good.[/i] [b]LMAO, Chuck & Blair? Manners? Good? All in the same sentence? Pft, I highly doubt that, ahaha. Serena must be daydreaming/halucinating...Kidding, LOL! Blair and Chuck [i]can[/i] be good, I know that for a fact. They can be really good friends (to Nate & Serena), and good advice givers, and good lovers (they love each other. I also know that for a fact, haha). Oh, and good schemers. Now, [i]that[/i] everyone knows for a fact, LOL. Anyways, that was great, Halle! Another great chapter! Can`t wait for more! Lots of love, Carrie.[/b]
BluckChairLover I'm obsessed. Congratulations.
BluckChairLover I'm obsessed. Congratulations.
11
Getting There--Chapter.4-- Slight Hitch
posted by gossip-girl999
Getting There

A/N: So sorry guys for the lateness of this chapter, I've just been really busy and it's been really hot here the past week and it's just impossible to do anything, And I've been working on some art projects too so that's why it's late. Anyway I hope bạn enjoy this chapter, and to say thanks to everyone who reviewed so far, thanks and please keep commenting, I really appreciate it. Thank bạn xoxo

Copyright: I own Nothing, Apart from my original characters.

Characters: Chuck Bass, Dan Humphrey,...
continue reading...
7
So What If I'm Jealous--CB fanfic--Ch. 18: Guilty Mirage
posted by ChuckBlairLuvA
A/N: Well, it’s been awhile, I know…and it’ll probably take me a few days to actually get this chapter written up, because there’s a lot thêm involved than the last chapter. That, and the fact that I’ve been taking a few days to write up all my chapters/oneshots, whatever. Heh. I used to think that I had to write everything at once hoặc it wouldn’t sound good, but that’s not necessarily true. *ponders* Well, anyways…I have been staying away from the forums, threads, etc. just because everyone seems to be in freak mode (over CV/NB) hoặc just not talking period and it’s ridiculous....
continue reading...
10
Stuck With The NJBC and Humphrey Part 2
posted by underthestarsx 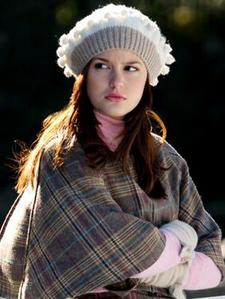 Okay to start off THANK bạn GUYS SO EFFING MUCH for those who read it and reviewed. bạn all literally made my day<3
I actually am clueless about how many majority shippers are either DS hoặc NS. Lol, so bare with me if it’s not your ship.
Honestly I have no idea where this story is going,,, so pretty much every chapter is what just comes to my mind, and whatever floats my thuyền that day=]

[omg my computer is so screwey right now, its posting multiple times, and it is so slow, so if any multiple chapters occur i appologize for my stupid computer:(]

Thanks...
continue reading...
4
Book of Beginnings--CB xem trước Fics--Idea 7: It's A Wonderful WaldAss
posted by ChuckBlairLuvA
A/N: Okay…STORY TIME!!! Lol. XD First of all, I want to apologize for not updating any of my stories in so long, but on the 21st of March, I definitely had a seizure and was in the hospital for four days. On hàng đầu, đầu trang of that, I come back and learn that CV and NB are happening and that is just about the worst thing ever. I AM glad C got chewed out for sleeping around with Elle and that we got a piece of the Carter/Serena (favorite AU couple ever! XD) story. I do find NB really sweet, but I was screaming ‘Noooooo!!!!’ for Chuck at the end of ‘The Grandfather’. The reminiscing scene was awesome...
continue reading... 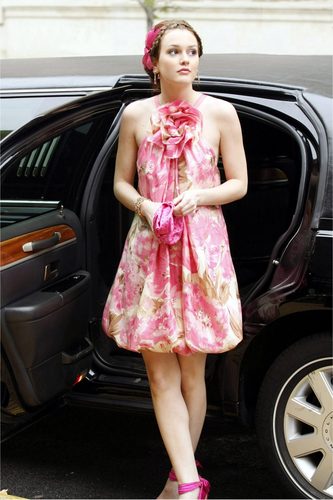 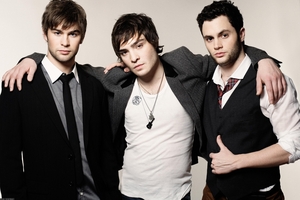 The narrator is always the Gossip Girl, voiced bởi Kristen Bell. She begins the recap with the sentence: "Gossip Girl here, your one and only nguồn into the scandalous lives of Manhattan's elite.", and usually ends the episode with "X.o.X.o Gossip Girl". The pilot...
continue reading... 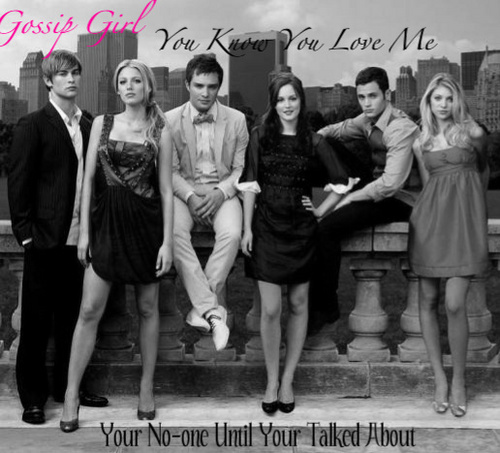 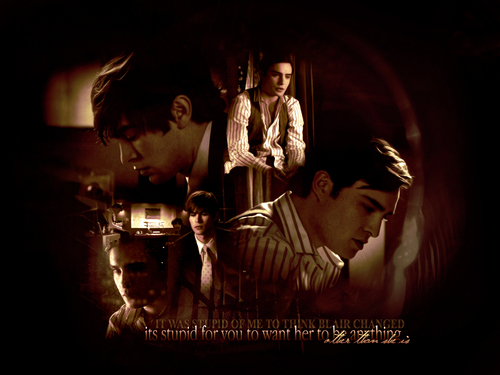 8
(Gossip Girl)- Serena & Blair- Sweet Revenge the Movie
added by gossip-girl999
This is a Spoof Movie I made, which revolves around Serena and Blair's friendship and when they fall out, and Blair goes off with Chuck and Serena wants to hurt Blair bởi sleeping with Nate.
video
gossip
girl
blair
serena
nate
chuck
season
1
2
cw 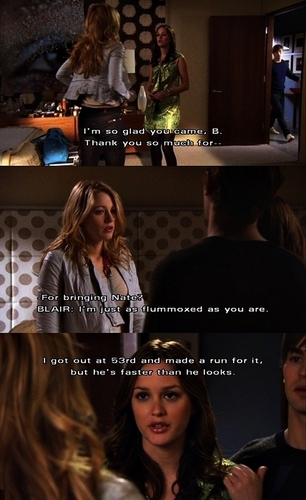 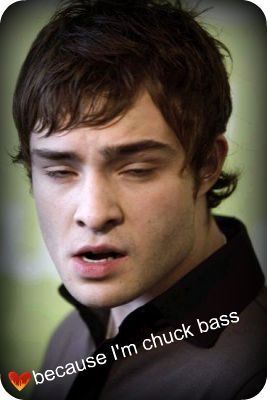