Frontman and former Word Records UK artist Oddi Nessa teamed up with âm bass, tiếng bass, bass player Gulleiv Wee, a founding member of the platinum-selling pop band The September When, and production and keyboard maestro Inge Engelsvold to form Dreampilots. The evolution was complete with the addition of tay trống Karl Oluf Wennerberg, who is also the tay trống for the multi-platinum super-group a-ha.

Dreampilots released their first CD If bạn Ever Come Down in Oslo, Norway in September of 2005, amidst the buzz of one of the most ingenious and infamous marketing stunts in Norwegian entertainment lore.

Dreampilots was the first Norwegian band ever to rent the venue Valle Hovin arena in Oslo where other notable bands such as Rolling Stones, Bruce Springsteen, U2 and others have graced the stage. Several thousand những người hâm mộ joined the release party that lives on in infamy as "The Stunt."

As frontman Oddi Nessa recalls, "It was crazy fun and one of the best head-shaking CD release concerts ever. The response was overwhelming and talk of the CD and the hiển thị went on for months after."

As one âm nhạc journalist with Puls âm nhạc mused, "After all, these guys had their release party in Valle Hovin arena! They deserve a bit of respect for pulling off such a stunt!" The Stavenger Aftenblad newspaper reported, "Dreampilots' Valle Hovin stunt not only các câu trả lời the question, it confirms the logic of their madness, for their âm nhạc belongs in a stadium."

In April, Dreampilots became the surprise "buzz band" at GMA âm nhạc Week in Nashville, where they debuted the project to media outlets and retailers that had gathered from all over the U.S. A proper North American media tour is being planned for this fall.

Comedown was produced and tracked on the western coast of Norway at Dreamlab Studio in Stavanger and The White Room in Oslo. Additional production and mixing were done bởi Darren Bowls at Red Hammer Records in Portland, Oregon, USA.

Red Hammer Records has released the tiêu đề track "Comedown" as the first radio single. A companion âm nhạc video was shot in Châu Âu and will be released in August. Both the single and the video will be available on iTunes prior to the album's release. 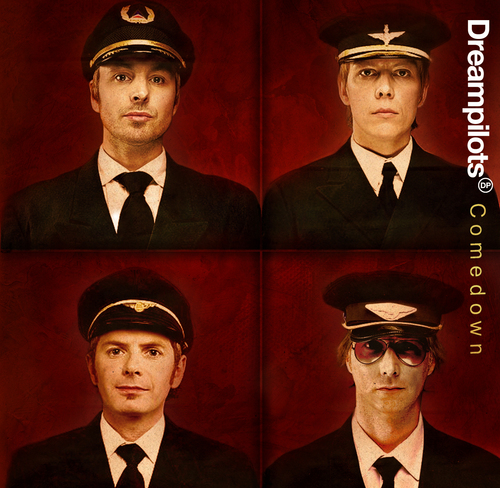