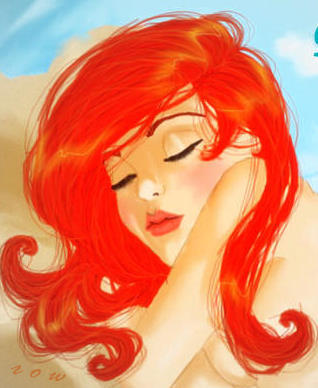 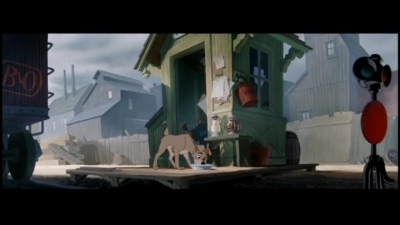 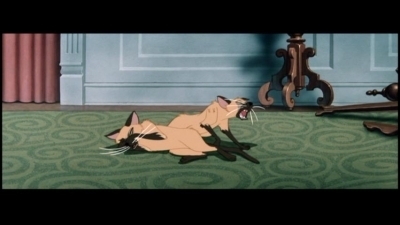 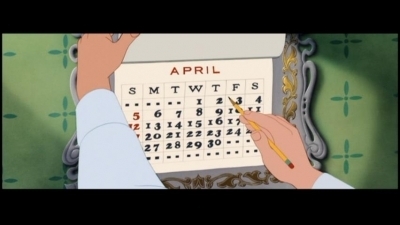 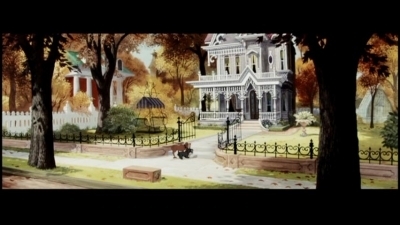 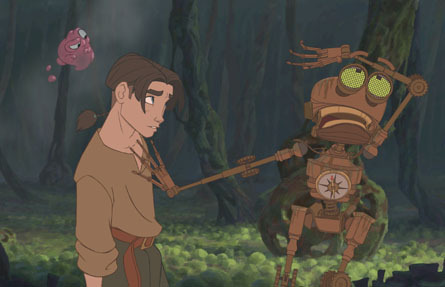 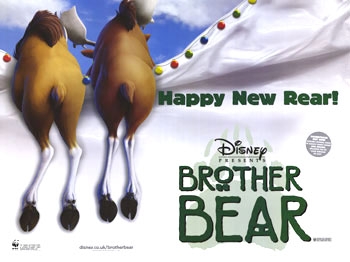 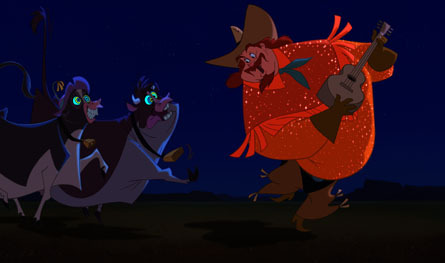 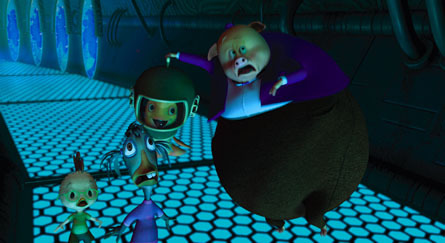 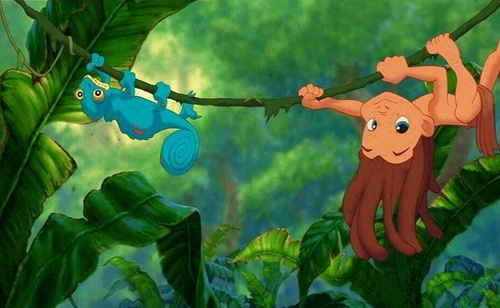 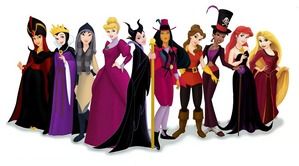 First of all, this is not my yêu thích villains list. I just got bored and decided to make one. Now, here is my honorable mentions!

Honorable Mention: Yzma, The Emperor's New Groove.
She's a villain, but the only thing super evil is making fun and using Kronk. I mean yeah, she tried to murder Kuzco, but he kinda deserved it in the beginning of the movie. o-o

Honorable Mention: Shan Yu, Mulan
I almost put him on this list. Then, I realized, he is not EVIL. He's creepy as crap, but not evil. He just wanted to rule China, and imo,that isn't evil. Ruling China would be a plus. xD

Honorable Mention: The...
continue reading...
1
bởi the book: Treasure Planet
posted by Swanpride
This is the start of a new series of articles, in which I’ll take a look at book-based Disney movies. I will discuss how the movie relates to the original nguồn text (or not), what the merits and the weaknesses of the movie are.
I will not do this in chronological order, but simply pick what strikes me fancy (I’m open for requests, though). Don’t expect me to do the Lion King, though. For one, the connection to Hamlet is feeble at best, it’s thêm a case of being inspired bởi it than a true adaptation, and two, technically Hamlet is a play, not a book. I also will not do the Disney Princess...
continue reading...
Disney Villains script-Tony chim giẻ cùi, chim giẻ cùi, jay
posted by Pyjamarama
Church Chorus:
Confiteor Deo Omnipotenti (I confess to God almighty)
Beatae Mariae semper Virgini (To blessed Mary ever Virgin)
Beato Michaeli archangelo (To the blessed archangel Michael)
Sanctis apostolis omnibus sanctis (To the holy apostles, to all the saints)

Frollo:
Beata Maria
You know I am a righteous man
Of my virtue I am justly proud
(Et tibit Pater (And to you, Father))
Beata Maria
You know I'm so much purer than
The common, vulgar, weak, licentious crowd
(Quia peccavi nimis (That I have sinned))
Then tell me, Maria
Why I see her dancing there
Why her smold'ring eyes still scorch my soul
(Cogitatione...
continue reading...
Disney Villains script-Yzma
posted by Pyjamarama
[after falling into the alligator pit]
Yzma: Why do we even *have* that lever?

Yzma: Are bạn talking to that squirrel?
Kronk: I was a junior chipmunk, uh, and I had to be versed in all the woodland creatures.
[to squirrel]
Kronk: Please continue.
[squirrel talks to Kronk]
Yzma: [walking away] Why me? Why me? Why me? Why...?
Kronk: Hey, it doesn't always have to be about you. This poor little guy's had it rough. Seems a talking loài đà mã ở nam mỹ, llama gave him a hard time the other day.
[Yzma rushes over to them]
Yzma: Oh, a talking llama? Do tell.
[squirrel whispers to Kronk]
Kronk: Uh, he doesn't really wanna...
continue reading...
1
My hàng đầu, đầu trang 3 Boring Peter Pan Characters
posted by Pyjamarama 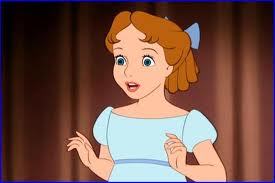 1. Wendy
All The Peter Pan Characters are boring. But i have to put hàng đầu, đầu trang 3.

1. Wendy-Wendy is the most boring character ever. I hate her. She screams three times. Wendy shouts and is annoying.

3. Jane-Jane is a brat in my opinion. She screams too. I hate her shouting, sounding like a tiny kid, gasping, talking rudely and sounding like the Bambi characters. Yes, Jane is the worst character she is. Very worse. I'm sick of seeing Jane. She's such a beast she is. I don't know why she's a tomboy, but she does look like Hogarth from The Iron Giant. If bạn like all the Disney characters and bạn have favourites, don't pick these characters. 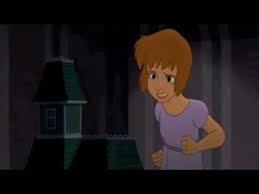 [Ratigan:]
My friends, we are about to embark on the most
odious, the most evil, the most diabolical scheme
of my illustrious career. A crime to hàng đầu, đầu trang all
crimes,
a crime that will live in infamy!
[Chorus:]
[Ratigan:] Tomorrow evening,
our beloved monarch celebrates
her
diamond jubilee. And, with the enthusiastic help
of
our good friend Mr Flaversham, it promises to be
a
night she will never forget. Her last night, and
my
first, as supreme ruler of all mousedom!

From the brain that brought bạn the Big...
continue reading...
The Disney Villains History of Sykes (1988)
posted by Pyjamarama 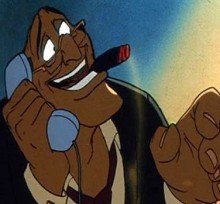 Sykes (1988)
Sykes has lent a large amount of money to the petty criminal Fagin for some unknown reason, sending his 2 evil Dobermans, Roscoe and DeSoto, to tell Fagin to go up and meet with him. Fagin, unfortunately, finds himself unable to pay the money back, and begs for thêm time. Sykes tells him that he has three days to find the money hoặc else who knows what will happen to Fagin, his home, hoặc his dogs. Then, he honks his horn to call his chó back, which frightens Fagin; causing him to fall off the dock and into the river. 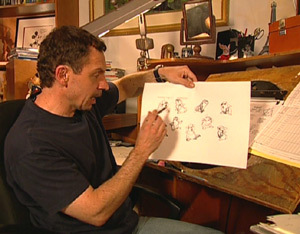 This is an bài viết about one of my yêu thích animators at the Walt Disney Company.

Introduction
Andreas Deja (born 1 April 1957), is an animator for Walt Disney phim hoạt hình Studios most noted for creating feature film characters such as Hercules from Hercules, Jafar from Aladdin, and Gaston from Beauty and the Beast. Deja is a recipient of the Winsor McCay Award.

History
Andreas Deja was born 1957 in Gdańsk, Poland. Deja moved with his family to Dinslaken, Germany in 1958. Deja credits his first seeing Disney's Jungle Book when he was 11-years-old with inspiring him to become an animator. After graduating...
continue reading... 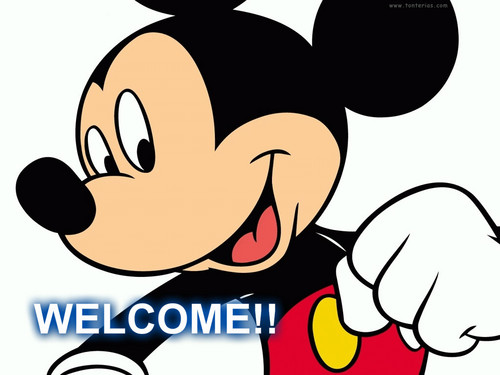 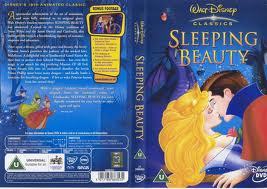