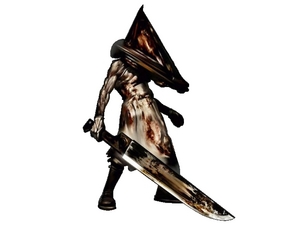 Only a few hours after Humphrey's execution, the pack leaders held a secret meeting. "We should not have done that..." Garth muttered. "You know we had to. The thêm that learn about Fukaro, the thêm victims he has. We had to prevent it from spreading like and infection." Winston said, "Even if it cost my best omega in this whole damn pack." "I know, but there had to be something else we could have done." Garth replied shaking his head. "No son, we had to do what we had to do." Tony said. "But what I don't get is, how did Humphrey learn about him?" Lilly asked.

"Hey have bạn guys ever heard the legend of Fukaro, the red devil?" Shakey asked one night. The four omegas were sitting in a hot spring telling stupid ghost stories. "No, whats the story?" Humphrey replied. "Well, its đã đưa ý kiến to go like this... Not to far from here, there is an old abandoned town called 'Silent Hill', a resort town and they say that he lurks there" Shakey began. Salty, Mooch, and Humphrey had sudden chills in their spines. "And he was first sighted bởi a man named Walter Sullivan, a deranged serial killer who was arrested for many murders. Well, he commit ed suicide in his jail cell one morning and he left a note in blood saying the 'red devil' was after him. No one ever knew what he was talking about. Now some years later, a man bởi the name of James Sunderland came to Silent đồi núi, hill to tìm kiếm for his wife. He disappeared without a trace for a week. He was found later outside of town having a mental break down saying a man with a red pyramid mask was raping these two people and then slaughtered them with a giant knife. Well, they thought he was crazy, but he two committed suicide in his hospital room and every single nurse on night watch was found slaughtered and each corpse showed that they had been brutally raped before hand. So now, they say if bạn hear a loud scrapping sound, bạn better watch out, because there is this old saying that goes 'Clank! Clank! Thunk! Scrape! Pyramid Head has come to rape!' So watch yourself." Shakey concluded. There was a long pause. Humphrey was trembling. "Hey guys, I have to go, I dont feel well." Humphrey đã đưa ý kiến as he ran off. The three omegas stared in confusion.

The Người sói decided to call it a night and drop the whole Fukaro thing. Lilly and Garth went to their cave and fell asleep tiếp theo to each-other.
At about 1:00 A.M. they both woke up to hear a loud scrapping sound. "Garth..." Lilly whined. "Oh god its him." Garth whimpered. Sure enough at the entrance of the cave was Pyramid Head with a spear instead of the great knife. "Lilly, get to the back of the room, I will hold him off." Garth ordered. "No Garth!" Lilly cried. "Just fucking do it!" Garth snapped. Lilly cowered in the corner. Pyramid Head hissed and proceeded to fight Garth. Garth jumped and bit its right arm. Pyramid Head seemed to grunt as it "looked" at its wound. Garth tried to jump on its mũ bảo hiểm but as he did, Pyramid Head grabbed Garth bởi the scruff. "RUN! LILLY! GO TO YOUR PARENTS! TELL MY DAD I tình yêu HIM!" Garth screamed. Lilly, who was crying, nodded as she whizzed past Pyramid Head. "LILLY! I tình yêu YOU!" Garth cried as she turned to see Pyramid Head rip Garth's skin off him.

Lilly ran to Winston and Eve's cave and howled. They both ran out to see Pyramid Head holding Garth's body and well, bạn know. "TONY!" Eve cried. Tony ran out to see Garth and Pyramid Head. "NO! GARTH! bạn KILLED MY SON!" Tony screamed as he charged at Pyramid Head. "No Tony!" Lilly cried but it was too late. He ran right into Pyramid Head's large spear. "Oh Jesus... LILLY! GET UP HERE NOW!" Eve screamed. Lilly pointed her paw to the entrance of the cave. The two elder Người sói turned to see another Pyramid Head with the great dao, con dao approaching them. The other Pyramid Head was just behind Lilly. "RUN LILLY! JUST GO! LEAVE JASPER!" Her parents cried. Then, right in front of Lilly, her parents were sliced in half. But before she could leave, the Pyramid Head behind her jabbed his spear into her stomach. She was killed instantly. The two Pyramid Heads then vanished into thin air. Leaving five bloody corpses behind them. And several days later, these attacks occurred until the Eastern and Western Packs were no more....
katealphawolf, xscash23 and 1 other like this
xscash23 THAT WAS THE MOST SICKING TWISTED MURDOUROUS FANIC FIC I EVER READ IT ALMOST MADE ME PUKE YOU SICK *******!!!!!!!!!
Red_Pyramid206 Haha I'm guessing u liked it???
xscash23 No i did not like it
Red_Pyramid206 Well have you ever heard of silent hill? Look up pyramid head and u will see why I wrote this... However I do admit it is a little more graphic than normal and I apologize if it offended u... I am a big silent hill/ horror fan and I like to write horror fics. The other reason why I wrote this was because several members messaged me asking if I was to continue and so I wrote this due to popular demand. I understand some people dont like stuff like this and again I am sorry... I will post a warning note next time....
xscash23 Hey dont sweat it I should of not read so fast and I actulally did puke and why did you make humphrey get exacuted dude now that offensesive no offensive.loved it couldn't stop reading it. After I puked I realized how good it was.
Red_Pyramid206 Thanks I'm glad u ended up enjoying it. To answer your question... Pyramid Heads nickname is Fukaro. The reason why Humphrey was executed was so that no one else could find out about the legend. It's like Freddy Kruger, the more people learn about him, the more victims. But what the Leaders did not know was that the other omegas knew the legend and they spread the curse like a virus. Here is a little bit more about pyramid head if ur interested: http://en.m.wikipedia.org/wiki/Pyramid_Head?wasRedirected=true
xscash23 HEY BUT WAT THE HELL YOU KNOW THAT SHAKEY PASSED IT TO HUMPHREY ANY WAY HE SHOULD BE EXACUTED TO OK CAUSE HE IS SREADING IT HEY AND PLEASE GET BACK AS SOON AS POSSIBLE
Red_Pyramid206 To answer your question, they didn't know shaky knew the legend so they killed Humphrey because they thought he was the only one in the pack who knew.
PrinceRhaegar this is really good
AlphaAndOmega Good grammar and detail but it made me feel like shooting myself in the head
1
A&O Người sói cửa hàng for Furniture (Parody)
posted by Metallica1147
Just like the last Parody, based off the hiển thị Metalocalypse, but using the Alpha and Omega Characters. (Viewer Discretion is advice) Also, before bạn say anything, yes I am aware the grammar used in Hutch’s and Humphrey’s dialog looks bad, but that’s just how the characters I’ve based them on talk in the show. All characters are also in anthro form. So there bạn go, enjoy. :D

Garth, Humphrey, Hutch, Candu, and Salty standing outside a furniture store to do some shopping....hopefully. 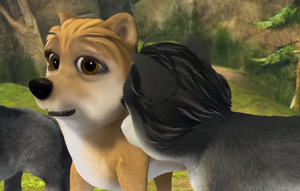 3
Claudette and Runt
added by Mollymolata 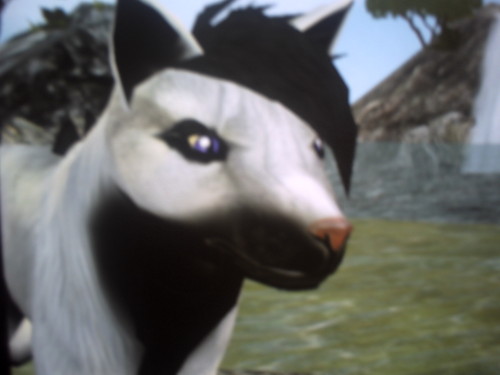 Me on Feralheart
added by uilaberrie13
Source: me 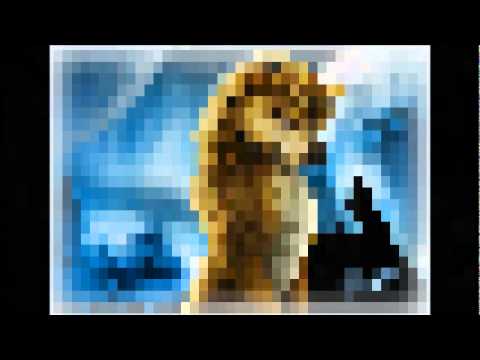 Alpha and Omega 2 - All This Time (OneRepublic)
added by TimberHumphrey
video
Zelian's Rise: The Last Battle
posted by AlphaClub
It was noon, in a dark, large clearing. The battle between Ares and Yeris was fought here, and there was still some ten tháng old blood stains on the ground. On the north side were Zelian's ranks. On the other, Beke's. Zelian stepped phía trước, chuyển tiếp to meet Beke.

"So, we can fight, hoặc talk this out. When I came to bạn looking for các câu trả lời to my relentless nightmares, I had no idea bạn were planning to launch an invasion on my pack. As bạn have probably now heard, I am the reborn of Ares, which is the reason why I was having those nightmares of him. One thing is for sure, I know what he knows in battle,...
continue reading... 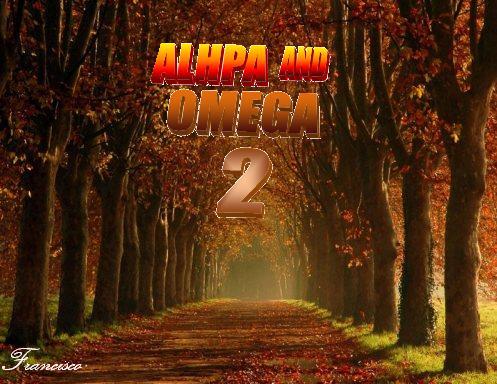 1
Alpha and Omega 2 (Poster)
added by tack-alpha
Source: Francisco
What's your take, episode 6, MY LIFE WITH KATE
posted by Canada24
Bad review.
Is all I can really give this I'm afried.

Stuff like Family guy, is the only exception.
bạn tình yêu characters like Brian too much to care about that.

This is a tình yêu story too.
Not saying Kate isn't hot (even I once had a small crush on her).
But. The least I would do is imagine myself as a wolf, if I were to make something like this.
Hell.
Ever seen that Liam Neeson movie, THE GREY?
I would tình yêu to be the badass black alpha, seen at the very ending.

This.
It just sit right with me.
Is the point I'm trying to bring with this.

As for the story itself.
Don't think I have much to say.
Don't even remember it.
But I guess it's alright.
If bạn like that sort of thing. 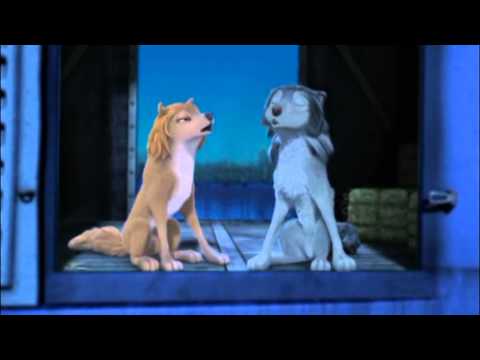 1
Alpha and Omega - tình yêu Like Woe
added by XPGSaints
video
Alpha và Omega
kate
humphrey
lilly
a&o
garth.
phim chiếu rạp
Mitsi1991 Fraud
posted by Mitsi1991
Well I guess I have a wanna be on my hands. He Goes bởi the name of HumphreyWolfAlpha on Facebook and on Google +. Here is the link to his page, if bạn are a friend of mine for some reason it wont hiển thị his thông tin các nhân but if any of bạn make it through báo cáo him for fraud. Hes tricking many people into thinking hes me and thats wrong for them!! www.facebook.com/Mitsi1991 I dont like that fact that hes tricking everyone into thinking hes me... Its not fair to bạn guys if bạn want something to draw and bạn ask the wrong guy. 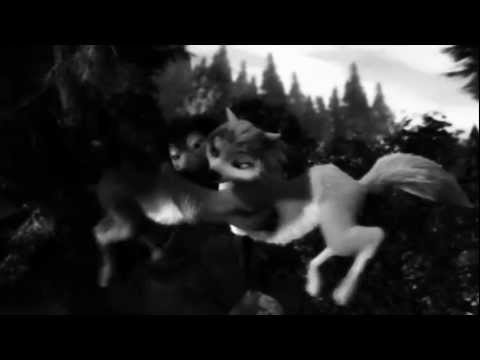 1
Should've known you'd bring me heartache...
added by TheOfficialRunt
Oh gosh this is really old and I made it when I was pretty sad.. but I still like the song and I think it fits the movie a bit.. so yeah here it is.
video 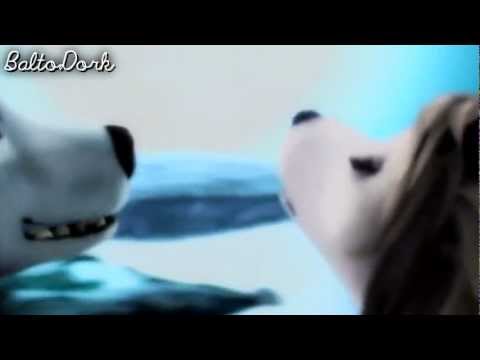 1
I don't know what road we're on..
added by TheOfficialRunt
I made this about a năm ago, but tbh I still kinda like it.
video
Alpha và Omega
kate
humphrey
a&o 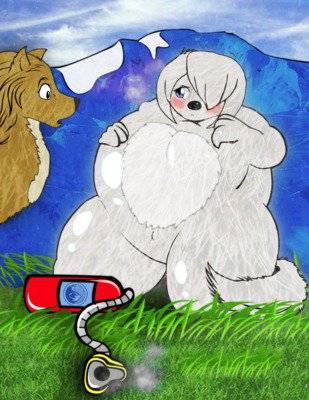 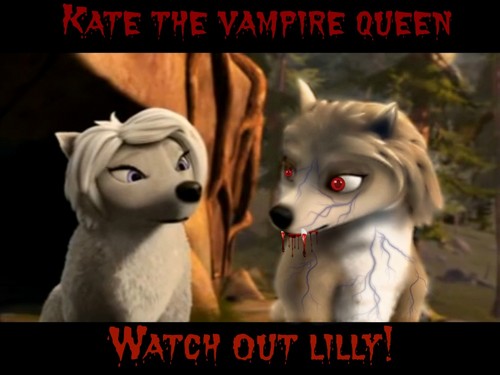 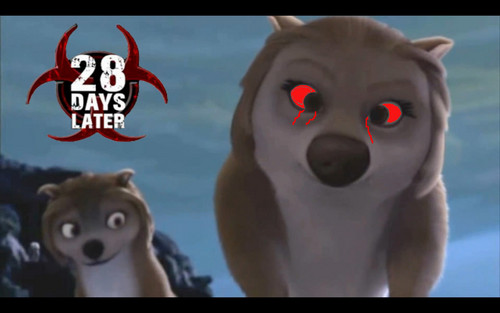 2
người hâm mộ Art From The Old Days
added by Red_Pyramid206
Source: Me 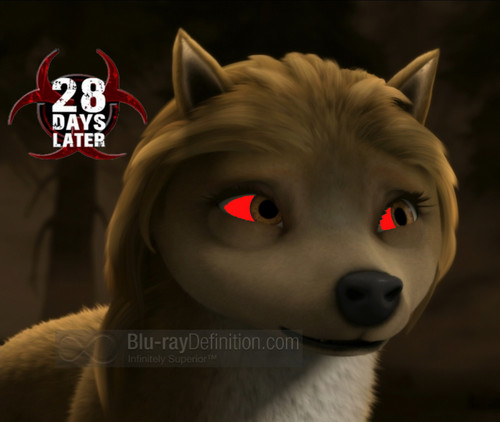