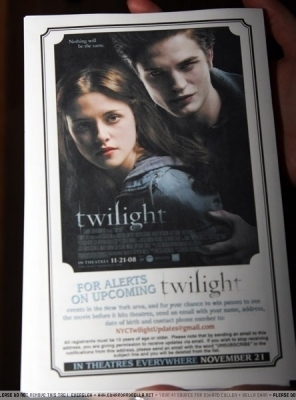 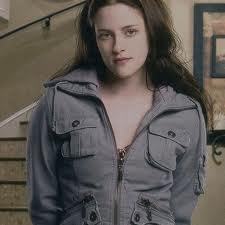 These are my fave trích dẫn from the Eclipse book and movie.I hope bạn enjoy them.

The word boyfriend had me chewing on the inside of my cheek with a familiar tension while I stirred. It wasn’t the right word, not at all. I needed something thêm expressive of eternal commitment… But words like destiny and fate sounded hokey when bạn used them in casual conversation.

It worked — your cooking skills have me soft as a marshmallow.

I wrenched the door out of my way — ridiculously eager — and there he was, my personal...
continue reading...
My True tình yêu Final Chapter. Nessies POV
posted by Twilightsauce
HEY! SORRY I HAVEN’T đã đăng ANYTHING IN SO LONG, IT’S BEEN LIKE A năm SINCE MY LAST POST. I DON’T REALLY HAVE ANY EXCUSES BUT DON’T WORRY I’M BACK NOW! ANYWAY THIS WILL BE THE LAST CHAPTER IN THE MY TRUE tình yêu SERIES- I’M SO SAD! ALTHOUGH I tình yêu IT VERY MUCH AND HAVE REALLY ENJOYED nghề viết văn IT, I FEEL THAT I HAVE EXHAUSTED NESSIE’S STORY NOW. BUT I WILL BE nghề viết văn ANOTHER, TWILIGHT RELATED SERIES WHETHER IT WILL BE ABOUT NESSIE hoặc NOT, I DON’T KNOW. ANYWAY THANKS FOR STICKING WITH ME FOR SO LONG AND I KNOW THIS HAS BEEN A VERY LONG MESSAGE BUT IF ANY OF bạn ARE GOOD AT ART OR...
continue reading...
MATH VS. VAMPIRES: ma cà rồng LOSE
posted by milicac
If vampires—corpses that rise up to suck the blood of the living—sound biologically implausible to you, you’re not alone. They exist purely in legend, as virtually all scientists agree.

But for any vampire believers un­dissuaded bởi biological facts, a professor has come up with a sec­ond proof of their unreality, using math.

If ma cà rồng ever existed in the forms in which phim chiếu rạp and sách portray them, they would have quickly wiped out humanity long ago, ac­cording to physics professor Cos­tas Efthimiou of the trường đại học of Central Florida in Orlando, Fla.
Popular lore passed down through...
continue reading...
3
When they all come back Chap 6
posted by NeeNee14
We were unpacking boxes in our new condo in New York When I heard a knock on the door. I got up to answer it, since Edward was in the other room with Kammie. When I opened the door, a man with black hair and dark green eyes stood there. He looked at me and smiled.
"Hi, I'm looking for Edward...Does he live here?" He asked.
"Yeah, Come on in." I moved out his way and let him in and closed the door." I'm Bella."
"Your Bella...The Bella. I'm Charles,Eddie's room mate. I have heard so much about you." He said. I smiled and felt my cheeks getting red. Edward came out from the back.
"Kameron's down...
continue reading...
Unexpected gifts [1]
posted by Tatti
So I've decided to start new fanfic and I hope it won't be boring. Please bình luận what bạn liked the most and what bạn think I could improve.
It's happening two years after the end of Breaking Dawn.

The match was exciting! I was never really into sports but after becoming a vampire (which meant after losing my clumsiness) I started to enjoy it. Edward likes to joke that I'm almost as bad as Emmett. But how can I didn't like that wonderful feeling when bạn almost fly?
Today's match was also amazing because everyone was playing so we were able to form two strong teams of four people. Nessie...
continue reading...
5
The Family ngôi vua, ngai vàng Chapter 3
posted by daja625
Rosalie and Emmett in one car, Alice and Jasper In the other, and me and Edward in mine. They all fallowed me to my house. I told them to park in the back and to be quiet.
“Why are we quiet” Jasper asked. Edward spoke before I did “she doesn’t want her mom to know” Edward giggled. “Shut up” I đã đưa ý kiến then we jumped to my balcony.
When we got to my room they sat and watched TV why’ll I slept? After an giờ I woke up at the sound of my mother’s voice. They all just looked at me when they herd my mom’s voice “shh” I told them. Edward started giggled “shh” I đã đưa ý kiến again....
continue reading...
5
Dreams do come true Chapter 2
posted by Darktimes104
Thank bạn for đọc the 1st chapter...here's the second, I hope bạn enjoy and PLEASE comment!!!

After Edward left I darted deeper into the woods beyond the clearing. There were bears around, I mùi, nấu chảy ra them. I continued a little deeper into the woods until one of them came into view. I bent down into a crouch and struck at a cub that was in front of me. After I was done with the cub, I heard a scream of agony coming from straight ahead. I followed the sound until I came to a small clearing no bigger than a dorm room at college. In the clearing I saw another bear, probably the mother...
continue reading...
1
Bella's Adventure -Ch4 - Hopless
posted by MadisonAmpt
Not sure how good this one is, sounded good in my head. But i will try to make them as interesting as possible. much love:) Xx

I lied there half dead in pain.
Then this guy with the milky eyes held out his hand. I heaitated but he đã đưa ý kiến "No need to fear me young one" in that creepy voice he has. NO NEED TO FEAR!. i đã đưa ý kiến in my head "Please just kill me i dont think i can stand much thêm pain" i cryed wile grabbing his hand with my good one. i got into a sittig position but he just stood there with a puzzled expression "How interesting" he said. He pulled me to my feet "im sorry about Demetri he...
continue reading...
3
Forever...part 4
posted by twihardfreak13

in the eyes I let out a dry sob “what’s wrong tori?” “nothing I’m just so happy to have someone like bạn my relationship life wasn’t always a happy ending it always led to a broken tim, trái tim and now that I’m with bạn all that pain has gone away.” he got me in his arms and he đã đưa ý kiến “ I never thought that I’d find anyone either but then bạn came along the moment I saw bạn I just felt so drawn to bạn like nothing could take us apart and nothing g ever will you’re my only love.” after he kissed my lips so gently and he got up out of the giường and slipped his áo sơ mi on and put on...
continue reading...
3
Edward meeting with the voltri-edwards pov, please read.
posted by foxiroxi41
Edwards pov when he meets with the voltri...

I could here the sound oof a guffaw, unbelievebly loud yet tinkely and high-pitched. Aro.
"EDWARD!!! What a delight to see you, bạn HAVE decided to tham gia us, bạn know, your gift
will be very useful in our hands. we can try to persue it even futher, ot that is possible,
oh!!, this is just wonderful!!" Aro beamed at me, his beauty was something not even rosalie,
who was one of the most bewitching vampirs in the coven, could perfect. All around, bạn could
see that the Voltri was royalty, the most powerful ma cà rồng in the whole existance of our species.
"May...
continue reading...
7
My Dark Days Chapter 3 : Can My Pathetic Excuse For A Life Go On?
posted by bitten_byedward
Ch 3

All I remember was that I couldn't breathe and I blacked out.

Then, I had a nightmare. I was in the meadow. Edward and I. We were intwined. He was kissing my neck and I was panting. Then, he just disappeared. He was just gone. Nowhere to be found. I was crying. I couldn't breathe, again. I didn't know what was happening. I couldn't see. Everything was a blur. Then, Victoria appeared. She was running at me. Then, I screamed.

I had woken up to find Charlie sitting tiếp theo to me, shaking me furiously, trying to wake me up.

"Are bạn okay? What's the mateur? Where is he? bạn tell me where he...
continue reading...
5
Robert Pattinson: Single & Looking For tình yêu
posted by Zeisha 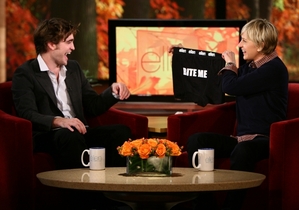 He may have his arm around Kristen Stewart at every “Twilight” premiere event, and has been linked to a host of hot ladies over gần đây months, but Robert Pattinson is unattached, according to a new interview.

While visiting “The Ellen DeGeneres Show,” for an episode that airs this Friday — the same ngày Pattinson’s vampiric portrayal of Edward Cullen springs to life on the big screen, he denied having romantic ties to anyone.

And it appears despite women throwing themselves at him regularly, Pattinson may be stuck in singleton mode permanently.

“No one else seems to get into a relationship with me. It’s really strange,” he told Ellen. 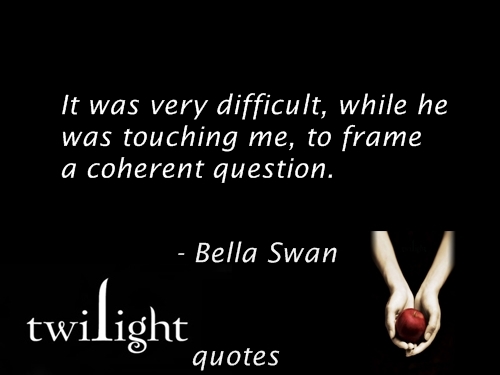 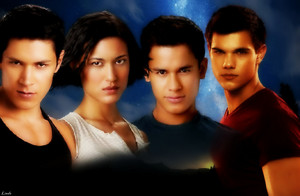 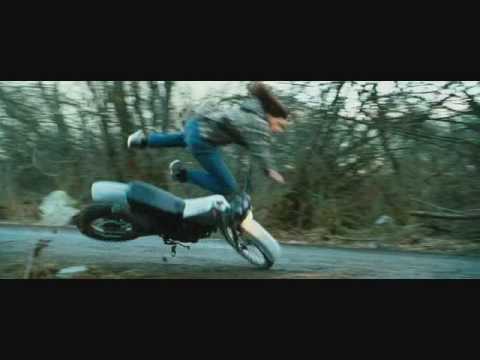 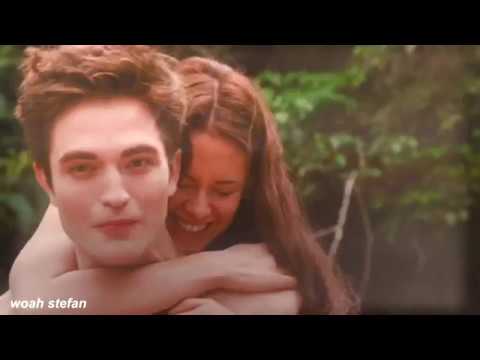 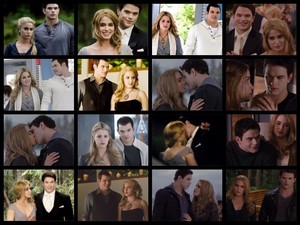 1
Rosalie and Emmett
added by RoseLovesJack
Source: Made bởi me

5
I want to be a monster too
added by milkie
Source: tumblr