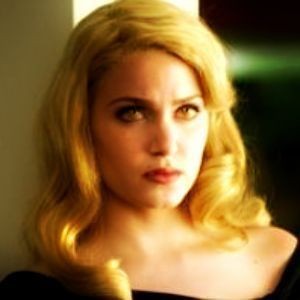 AN: Okay, so I just figured out how to đăng tải and chỉnh sửa all of this stuff. So the last chapter was sort of thêm of an intro I guess, because it was so short! I am actually nghề viết văn this in a notebook and copying all of in into a word document. Enough blabbing from me, enjoy!
P.S. I don't own Twilight hoặc any of the characters. Oh darn! haha Stephenie Meyer does.

Sorry I left it with a cliffy, sort of. I hope bạn understood how they were standing. I tried to make it make sense.
So, Emmett asks a lot of các câu hỏi and các câu trả lời them all "it's real, I felt it!" haha such logic right? Review please! When bạn do it tells me if I need to change anything!
Thanks bạn guys!
~Rose
CarlislesLover, groovychicklisa and 1 other like this
Tatti I don't think you need to change something cause it's extremely great! I'll be looking forward to another chapter
2
Juliet part 20
posted by kiwi12
part 20

As I stood still, with Seth's hand on my arm, I wondered why I wasn't following my conman sense. I always had before. Perhaps I was afraid of angering Seth. Maybe I just liked the warmth. Being cold because of vampire default was uncomfortable, but the warmth that came with werewolf default was wonderful. It felt like sitting too long in front of a ngọn lửa, chữa cháy when it was snowing outside. I knew I shouldn't be that warm, but I couldn't walk away. Seth soon lowered his hand, but I remained warm.

Renesmee asked me if I would use my shadow of her gift to hiển thị something to her and Claire. I chose...
continue reading...
4
I NEED HELP FINDING A ARTICLE!!!
posted by EBRCBrit
I have recently read a fanfiction story about bella getting sick with something and then she has to stay over at the cullens and all this weird stuff happens to her. Then she can't feel pain. Its not after breaking dawn is before when she is still human. I don't know what it is called. That is why i need your help inding the name of it hoặc find out who wrote it. I like the story and i want to finish it. Please if anyone has seen hoặc hear about this story please send me a message...My name is Brittany. My screen name is EBRCBrit. bạn can add me as a friend if bạn want!!!
5
secrets chapter 22
posted by bella01
then suddenly earth started to float on midair creating a very big ball of rock,then it flew very fast toward darius.darius caught it and threw it back to bella,but when its about to hit bella it turns into dust.then bella turned her attention to us.darius took advantage of the time while she is looking at us.hushed her to the ground.


"no"we shouted at the same time.


darius hand is on her neck.i know what he is planning to do and i will not let him.he is even smiling.hesitantly i turned my full attention to emmett.


"i am sorry emmett"i whispered before i pushed him.i look at my family they...
continue reading...
1
Diarie of the ma cà rồng - Preface
posted by HKEILTLTOY
two weeks befor he visit

All I could think about was visiting my dad. His name is Charlie. I hadn't visted him in over three years. I would visit him for the whole summer scince I was little. Until I was old enough to make my own decisions, I was about fourteen and a half whe I stoped visiting. Im seventeen now. I live with my mom and her fiance. Her fiance's name is Phil.


I planned on visiting Charlie in two weeks. He was so happy when I phoned him, he đã đưa ý kiến he bought me a present for when I come over. To be honest I was a little worried about what it was. But I kept my head held high, maybe he got me a neclace with earings and a bracelet too. I couldn't wait to see what the 'presnt' is.
3
Get Well Soon Ms. MS!
posted by gossipgirlstar2 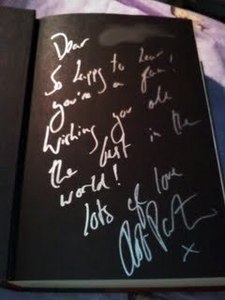 A Twilight người hâm mộ who suffers from a rare lung disease had the pleasure of winning a raffle that allowed her to score an autograph from Robert Pattinson. TwiCrackAddict has the full letter đã đăng on their site, but here is a snippet of the letter:

I can't thank bạn enough for taking the time out of your busy life and schedule to sign this for me. It means thêm to me than bạn will ever truly know.

I am not sure how much bạn were told of me, but my name is Ms. MS and I am nearly 24 years old. I have a very rare lung disorder that causes my lungs to collapse at times without any notice, and from the...
continue reading...
4
Rob's Interview ngẫu nhiên các câu hỏi
posted by edwardcarlisle 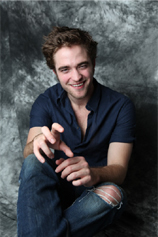 Here's one interview I used for some questions, but since it is originally in Spanish, I decided to translate it to English ;D
Maybe it's not that good, I don't know if I translated it that well :)

C: Luân Đôn hoặc LA? Which do bạn feel as your home?
R: Neither.

C: yêu thích movie? Only one option.
R: "One Flew Over...
continue reading...
8
When Will It End?
posted by renesmeblack
For those of bạn who don't know me, hoặc have never read my fanfictions, I'm renesmeblack. I write a story from Renesmee, Jacob, Mine, and occasionally Emmett's POV. Now, I have a ton of bad ideas, and some of the things bạn read from me are crash tests. Thankfully, many of my readers enjoy my fanfictions. The dummy is saved!
My stories are for girls who can't stop đọc the books. It's for girls who'd pester Stephenie Meyer to write a sequel, if they had a chance! I tình yêu Jacob, so that's another reason why girls read my, frankly, ameteur (hope I spelled that right!) writing. bạn wanna know the best part?
Okay, here goes nothing.
IT NEVER ENDS!!!
There. I feel better now. Yup, bạn read correctly. It'll never end until I grow out of the Twilight Stage (like that'll happen.).
For the very few những người hâm mộ I have, thanks for the support and I'll see bạn in the đọc section!
-Thanks!
renesmeblack xoxo
3
Beoming a vampire
posted by AdaLove 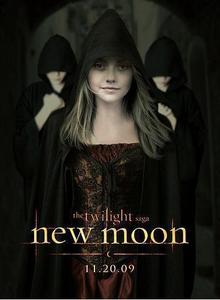 The transition from human to vampire is đã đưa ý kiến to be very painful, in fact it’s so bad that "The pain of transformation is the sharpest memory they have of their human life."(TW20). When James bites Bella in TW23, we witness this clearly. She compares the sensation in her hand to "fire", and words such as "screamed", "writhed" and "torture" enhance the agony that Bella endures even at the very beginning of the transformation process. As Stephenie Meyer points out, this is at the beginning of the conversion, "Painful enough, but not as bad as if she had several bites." (PC8)

Edward speaks in...
continue reading...
3
A notice to all Jacob Black những người hâm mộ
posted by goldendragon12
Sami1002 was going to put this up but apparently she had to go on vaction so she will be gone for aleast to weaks so I'll be taking care of her các bài viết intill she gets back.
Also in the các bài viết if I make any mistakes hoặc wright something bạn don't like please let me know .

Sami1002 wanted me to let bạn know that there is a club called twilight chó sói, sói pack and it doesn't have alot of những người hâm mộ yet also if bạn can't think of anything to wright in this club bạn might get an idea in that club.
This club seriously needs những người hâm mộ please join.
6
5 really funny facts about Jackson Rathbone!!!
posted by edwardcarlisle 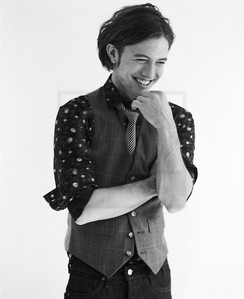 These are really funny facts about Jackson Rathbone many people have'n heard about him before! Enjoy!

1."I do a lot of photography, and some drawing. I try to tham gia both things."

2."I use to sleep with all my cloth and take it to the tiếp theo day. Also my hair hasn't been cleaned out for five years. No, not really. But it hasn't since long time ago." 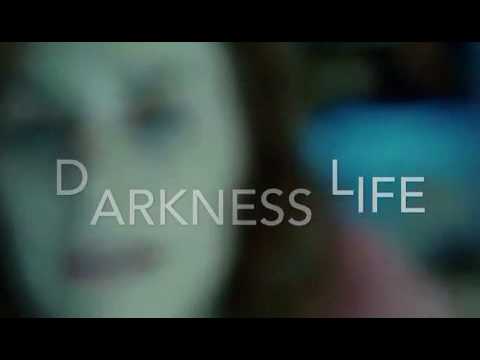 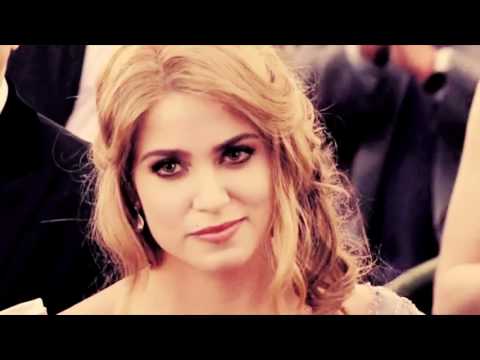 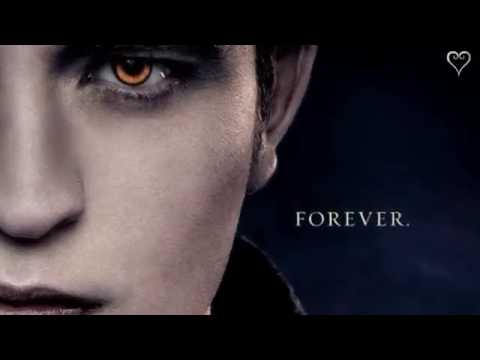 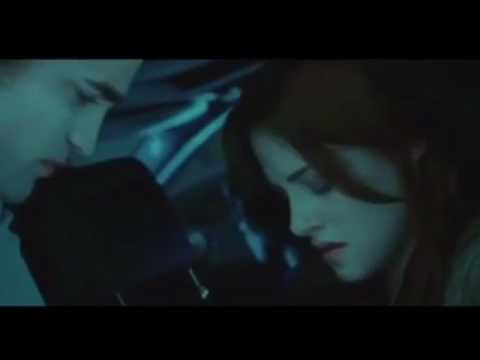 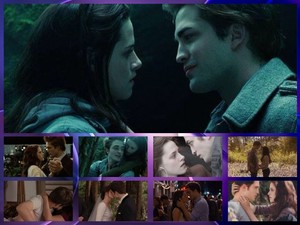 1
Bella and Edward
added by RoseLovesJack
Source: Made bởi me 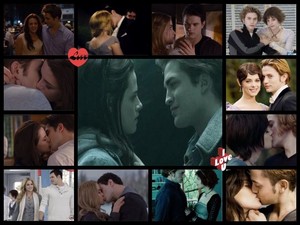 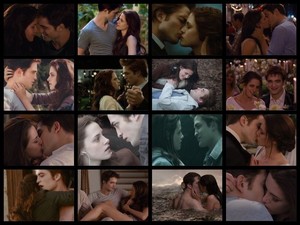 1
Edward and Bella
added by RoseLovesJack
Source: Made bởi me 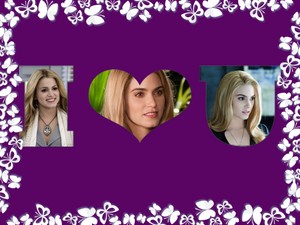