3
Precious Rose (Romione Fanfic)
posted by missceleb86
Ron buried his head in his hands. Why didn't Hermione just listen when I đã đưa ý kiến that we should go to St Mungos? he thought. Her screams pierced his heart, sharper than swords piercing the flesh.
"Ron!" he looked up and saw Harry and Ginny running towards him. Ginny enveloped him into a tight hug "Its going to okay Ron. Hermione will be okay." He wanted to cry, he wanted to scream. The only time Hermione screamed like this was when..
He tried not to think about it. Harry sat tiếp theo to him and gave his arm a reassuring squeeze.
His parents; Molly and Arthur arrived next. Molly burst into tears and hugged him no thêm like squeezed the living juices out of him. "My little Ronniekins is becoming a daddy." she said.
Ron who would have đã đưa ý kiến "Mum stop," did not say a word.
As Arthur was reassuring him, in came Hermione's parents.
"Hows my Hermione doing?" asked Mrs Granger.
Ron wanted to yell "I BLOODY DON'T KNOW! CAN'T bạn SEE I'M WORRIED?" but could somehow not manage to let the words come out.
What seemed like hours passed, Hermione had stopped screaming. Ron looked up, his red hair wild. A doctor came out and beckoned to Ron.
"Is Hermione alright is she okay? What did bạn do to her?" he asked with a hint of anger in his voice.
"Why don't bạn see for yourself Mr. Weasley."
Ron hurried over to Hermione.
Brown eyes fluttered open, a small smile etched on her face. Her beautiful skin looked flushed but had an odd glow to it.
"Ron,' she whispered, "we did it."
He kissed on her on her forehead, all the while holding her right hand tightly.
The doctor arrived carrying what looked like a small màu hồng, hồng bundle. "Congratulations." he said. "Its a girl."
Hermione took their child gently. A tuft of soft red hair peeked out from inside. Hermione kissed their child on the forehead.
"She looks exactly like bạn Ron. She's beautiful."
Ron gently pried the baby girl out of Hermione's arms and into his own. "Hey sweetie its daddy here. You're daddy's little mini me eh? Oh look bạn have mummy's nose." Hermione gave a slight laugh "Of all the things my daughter inherited. My nose!"
The new grandparents came in and as expected there was a lot of cooing and kisses being smothered on the poor baby.
"I tình yêu the name Jemima I think its a lovely name," đã đưa ý kiến Molly.
"Molly I couldn't agree with bạn thêm but I do like the name Meredith," replied Mrs Granger.
Ron wrinkled his nose. He did not like those names at all. Hermione was also looking amused slightly agitated.
"Oh she's so beautiful. Looks just like me." Cried Ginny.
"Actually Ginny I think she's gone on Ron."
"Shut up Harry." replied Ginny.
"You know bạn should really name her Ginerva Jr hoặc Virginia your choice," đã đưa ý kiến Ginny.
"How about Harriet now I like that name", grinned Harry.
Ron and Hermione burst in peals of laughter while Ginny grinned.
When all the visitors left Hermione asked "What should we name our precious angel?"
Ron didn't have to think for long he already knew that as soon as he held their delicate little girl, he knew that she was his flower, his little red flower, his little Rose.
"How about Rose?" he suggested.
"Its perfect." Hermione replied.
harleyquinn25, Beatit and 1 other like this
mariareginasl loved it
12
HP couple songs HBP and DH spiolers
posted by selena_jonas 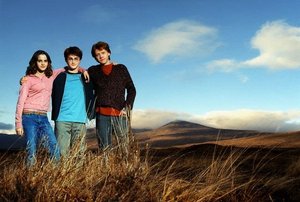 The trio
I always think of songs to do with Harry Potter couples. Major DH and HBP spoilers

Harry and ginny:
This is how it goes bởi PINK- I think this is good for them because its about a girl who likes a boy (ginny and harry) but the boy is going out with someone else(Harry and Cho). The girl(ginny)is saying that the boy will never meet a girl better than her (ginny).

Ron and Hermione:
When your gone bởi Avril Lavigne- This is based around when Ron leaves Hermione in DH. Its from Mione's POV and it's abut her feelings and how she misses him.

Draco and Pansy:
Fly on the tường bởi Miley Cyrus- Its about how Draco...
continue reading... 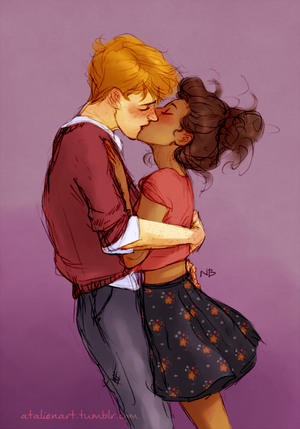 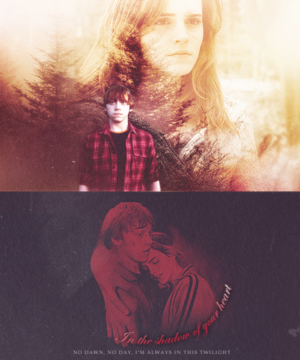 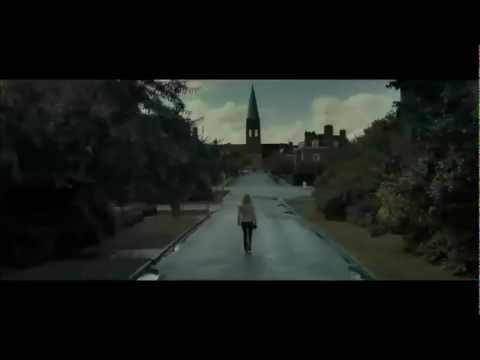 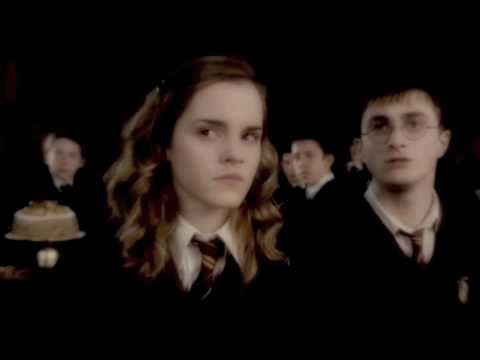 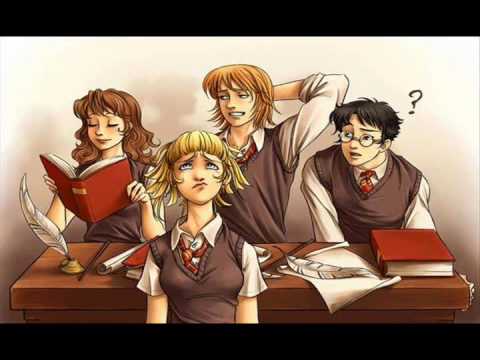 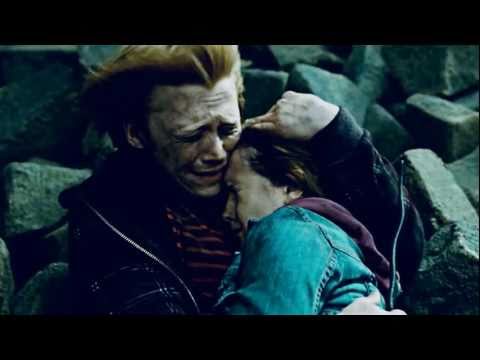 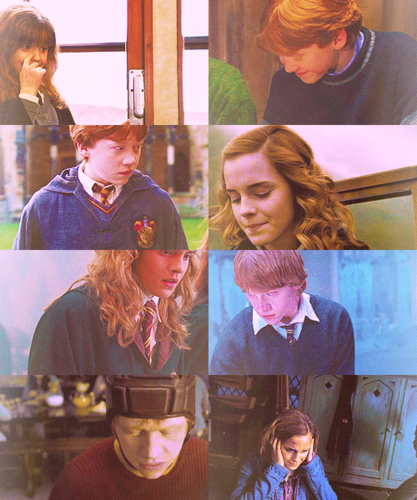 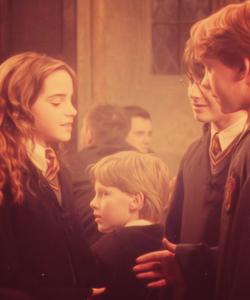 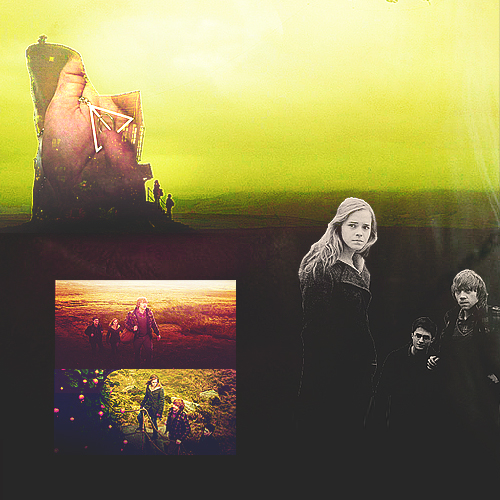 4
“Because we have something worth living for."
added by Slayerfest93
Source: fuckyeahronhermione.tumblr.