1
Summer tình yêu : Chapter 3
posted by missceleb86
Gusts of strong winds blew, messing up Hermione's hair and bởi the time she and Ginny reached the Three Broomsticks with bulging shopping bags, Hermione's hair looked a lot like a lion's mane. She and Ginny managed to tame it down a considerable amount before entering the shop. Ron and Harry were already waiting for them, their butterbeers half finished.
"Bloody Hell did the two of bạn buy the whole cửa hàng hoặc what?" greeted Ron.
"Hermione wanted to make sure that she should buy something that you'd like as well," contributed Ginny.
"Well lets see what bạn got then," đã đưa ý kiến Harry.
Hermione held up a long white lacy gown.
"Terrible," đã đưa ý kiến Ron bluntly.
Ginny felt like throwing something at him. They had spent two hours. TWO DAMN HOURS!! choosing the dress and he says its terrible! Of all the gall and the cheek!! What Hermione saw in her rusty haired brother she could not understand.
Hermione looked hurt and forced a sad smile and then a frown of rage.
Ron saw it coming, "But nothing," he added quickly "That won't look good on you. Your beauty and lovely lion mane hair drains it of all the beauty the dress ever had."
That got Hermione smiling and she rewarded Ron with a small peck on the cheek.
The trio consisting of Harry, Ron and Hermione engaged in a conversation recalling school years.
Ginny sat quiet for a moment studying the relationship between her brother and his to be wife.
The way Ron looked at Hermione, Ginny had never seen him look at anyone like that.way.
Now she knew what Hermione had seen in him hoặc maybe got the gist of it.
Ron always knew how to cheer Hermione up, and to try to keep control of his tongue so he doesn't hurt her feelings.
It was obvious that Ron had fallen head over heels for Hermione's beauty and brains and jovial personality.
She smiled slightly at the pair and emerged herself in the lively conversation that took place.
She noticed that Ron never let his gaze drop from Hermione's and saw caught the moment when Hermione turned and her eyes had lovingly replied to his gaze.
Both of them however aware of the company around them looked towards Harry and Ginny who burst out laughing making Ron and Hermione turn red as tomatoes.
Ginny gave Hermione a knowing smile and started up a conversation on how boys could be such jerks sometimes getting lively outbursts from Harry and Ron.
Beatit likes this
3
A Letter of Apology
posted by missceleb86
"Hermione!" đã đưa ý kiến Ron as e came to greet her at the door way of their house.
"Yes Ron?"
"Someone left bạn a message honey."
"Can I have it?"
"Not after bạn give me a kiss."
Hermione laughed as she gave Ron an affectionate Kiss on the cheek. Satisfied Ron handed the letter to her.
"Whose it from?"
"I don't know i though bạn won't like me opening it."
Hermione opened the letter and read the delicate curvy writing.This is what the letter read:
Dear Hermione,
I know I'm the last person you'd want to hear from, but i had to write this letter. Firstly i hope bạn and Ron are getting along fine.
Do bạn remember...
continue reading...
3
tình yêu
posted by missceleb86
Hermione walked across the the lawn outside the Weasley's burrow. The night was cold and her bag felt like it weighed a hundred kilograms. Every step was muffled and she hoped she could slip away without waking anyone. "Hermione!" called a familiar voice from behind her. Hermione turned to see Ron running towards her, before she could disapparate he seized her into his arms. "Where the bloody hell do bạn think you're going 'Mione?" đã đưa ý kiến Ron with a sign of anger in his voice. Realizing that Hermione was shivering, he quickly took off his áo khoác and wrapped it around her. "Ron" whispered Hermione...
continue reading... 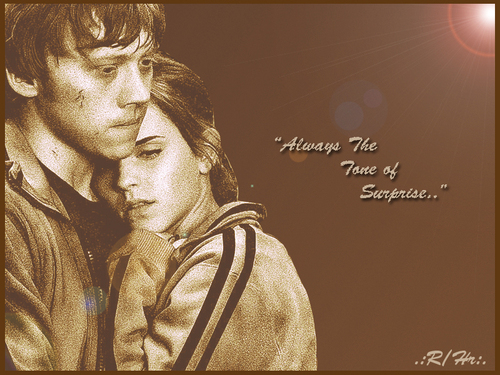 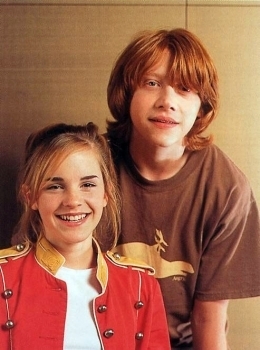 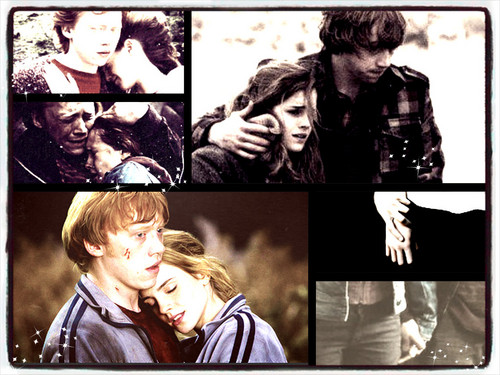 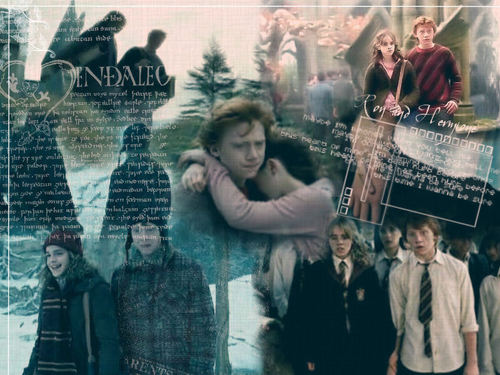 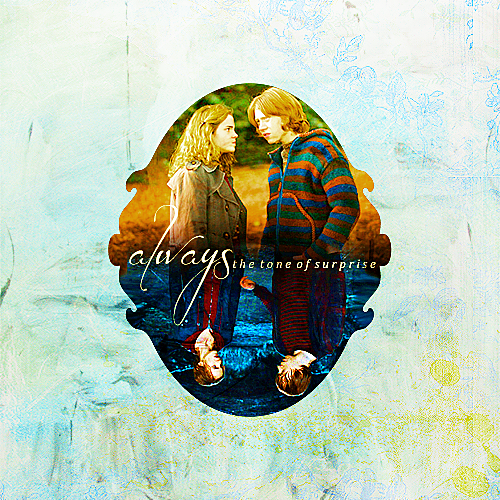 1
Always the Tone of Surprise.
added by h3rmioneg 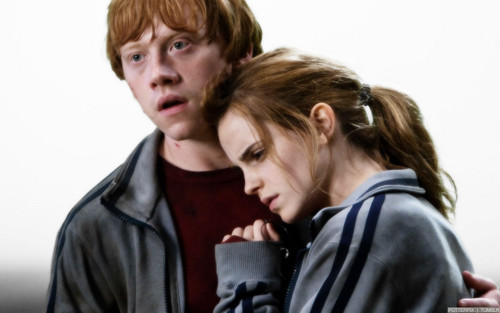 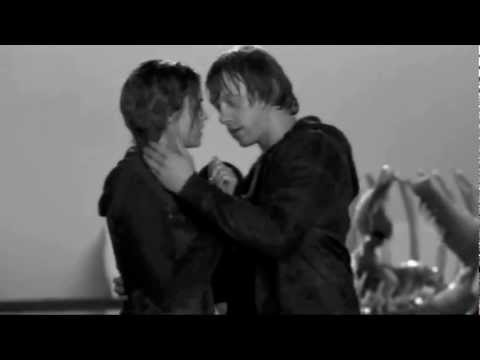 6
Ron And Hermione//Your Lips Is Where I Want To Be
added by EllieLupin91
Made bởi ronandhermione12111.
video
Romione
ron weasley
Hermione Granger
người hâm mộ video 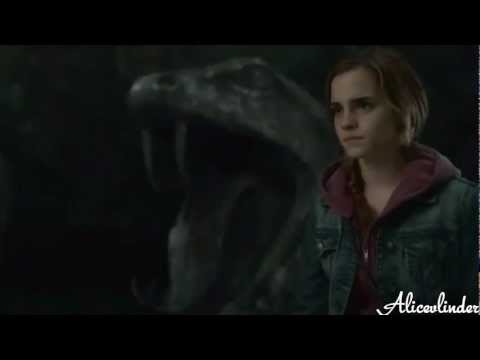 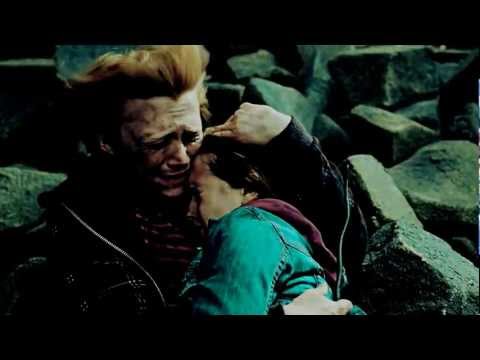