5
Best Disney Princess
posted by reflection11
11. Merida
Merida. Not the most được ưa chuộng girl ever. She' s not all that brave. Also she whiny and complains. Your mom cares about bạn so much and she has done a lot for bạn so, BE THANKFUL! I really hate how she tries to be all independent and carefree but it just feels forced. I think she is just not good at all. Blegh I hate Merida.

10. Rapunzel
The too perfect princess. She is smart, Công chúa tóc xù creative, independent, and SO ANNOYING!!! Ok I start to like her when she' sin the tower because she's funny and flawed. Then once she meets the thugs I hate her. I do tình yêu that she likes to paint. A Disney princess that has a realistic hobby is nice. But her perfection leads me to hating her. Sorry Punz.

9. Tiana
I am neutral mostly about Tiana. I like that she is hardworking. I like her family and friends. When she's human I like her, when she's a frog not so much. She becomes boring, and stops working for her dream for...True love? Tiana no, no not for Naveen. bạn deserve more! So I'm neutral about Tiana.

8. Snow White
SO SUPER DUPER CUTE!!! Ok I think she' cute and innocent but that's not the side of her that's awesome. It's her bossy and sarcastic side she shows with Grumpy. I like how she is cute and all but really just stick to sarcasm Snow.

7. Belle
I'M SORRY! I know everyone loves her and I do, just not enough.Sure she' s selfless and kind. I think she's very smart too. She is a snob though, I think. The way she ignores the town people is very rude. However I still tình yêu how she lives with the beast even with his problems.

6. Aurora
Poor Aurora, not to the hàng đầu, đầu trang 5. I do tình yêu her. I like how shy and flirty she is. I think everyone forgets in the forest when she walks across the log which was kind of daring. She is so so good with animals, and absolutely stunning! However sometimes she can be slightly plain with her lack of screentime.

5. Pocahontas
I tình yêu her too. She is daring and playful. I tình yêu her little cheesy joke about Kocoum and his smile. It was cute. I tình yêu how she is confident in John Smith about not shooting her. Also, MEEKO IS HER SIDEKICK!! I tình yêu MEEKO! She does get kinda boring before saving John Smith and she' not very bright.

4. Cinderella
Oh do I tình yêu Cindy! She is so dreamy and hardworking. I think they tried to make her a better version of Snow White and they succeeded. First of all she is so smart! In subtle ways of course, she knows she has rights, and that believing does matter. She helps poor animals. She is Công chúa tóc xù in subtle ways and I just adore her. Unfortunately for her she couldn't make it to the hàng đầu, đầu trang 3 because of how I think she is less flawed.

3. Ariel
Oh under the sea there are some beautiful great princesses! I tình yêu that she fights for what she believes in. And how she is adventurous, rebellious, relatable, funny, lively, brave, and flawed. I think Disney made her so awesome. I wish she would've killed Ursula! Also she is a tiny bit selfish putting her in 3rd.

2. Jasmine
No! I can't believe it! Jaz isn't first?! This is hard. I tình yêu hoa nhài so much. She is so sassy headstrong, smart, courageous, funny, and so much more. I tình yêu how we meet her. Talking trash about some snobby prince. she is so sassy but kind hearted. She loves Aladdin và cây đèn thần which find really sweet since they tình yêu each other for each other. I really tình yêu her smarts. She is a "fast learner". I guess I just tình yêu my #1 more

1.Mulan
Yay!!! I tình yêu Mulan! The smart, brave, kind, awkward, creative, cute, obedient warrior who saved China.Well at the beginning she is so awkward, lazy, a cheater, but so cute. I tình yêu how when she's getting her hair done she adds a unique flair. How she frowns at her makeup. Then Reflection. OMG I tình yêu REFLECTION SO SO SO SO SO MUCH!:) Mulan sings it perfectly. The decision is so Công chúa tóc xù OMG! Then we go to hilarious,brave, smart and Công chúa tóc xù and the pattern goes on. This being why I tình yêu a Mulan!


Hehe how bad was it? Well Bye Bye!
THEDisneyFreak, angelbarbie20 and 3 others like this
reflection11 What did u think?;p
MaidofOrleans Nice list! We have very little in common, my top three are all in your bottom four, but it's nice to hear your opinion!
prussiaducky I really loved it!!! Although I don't agree that Merida is a whiney brat, and that Rapunzel is perfect. Rapunzel is super insecure, and is honestly flawed and isn't all that perfect...nice list though, and you laid your reasons well! :)
GreatLance_30 I'm betting, that will change after a month of using Fanpop!
carrieicecream I have the same top 3! (unless you include Frozen, but you didn't) Nice article, I don't agree with some of your reasons why you hate them, but overall good article. :)
Annabethandco I feel you aren't really giving Merida a fair chance.... Nice article though
THEDisneyFreak Your bottom two are my favorite princesses. If you don't count Frozen.
Tygers_Eye A pretty interesting article, though I'm rather stumped over the Merida/Ariel contrast. They both rebel against an overbearing parent to get what they want. Why is Merida whiny, complaining, and ungrateful, while Ariel "fights for what she believes in"? Ariel's dad also gives her the world (albeit the one under the sea) and only wants to keep her safe, and I don't see any gratitude from her either.
dimitri_ ^I think it might be the ''independence and carefree nature'' that bothers her more, it's the same with me anyway. Aghhh love your list, I actually agree with a lot.
MalloMar This is great! Mulan is my favorite Princess, too! You seem like a fun person! Belle is low on my list, too, but then again, Jasmine is, too. I was guessing that your username was a reference to Mulan. :) Nicely done, even if I don't agree on everything.
Lanalamprouge very passionately put
Tygers_Eye ^dimitri I still don't get it because they both have the "independence and carefree nature" and they both rebel against an overbearing, overprotective parent, so I still don't understand why Merida is whiny and ungrateful while Ariel is admirable and adventurous. If anything, I think Merida has more of a reason to want to rebel than Ariel. Yes, Elinor wanted what was best for Merida, but she preemptively decided that being exactly like her and getting married when she chose was the right way to do it and constantly tried to mold and bend Merida to her will. Triton ALSO wanted what was best for Ariel, but gave her WAY more freedom to be, go, and do whatever she wanted wanted as long as she stayed away from the surface, and was fine with her marrying whoever she wanted as long as it wasn't a human. While those are the two things Ariel wanted, that's hardly more tyrannical from monitoring her every waking moment and constantly correcting her every move, word, and action, and saying "You're going to marry who I say when I say, with a smile on your face and a thank you on your lips, and that's final."
fiina Nice list, I love Mulan too :D 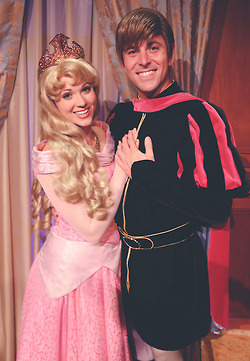 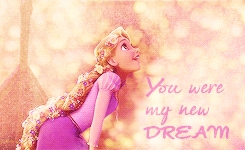 There's nothing wrong with, and I quote from my friend, "being unhealthily obsessed with Disney" right?
I've been here since May and I've đã đăng a number of các bài viết and has actually NEVER thought of posting an bài viết to introduce myself. I was đọc lexisimm's bài viết and suddenly remembered I haven't done an bài viết like that. So, yeah.

My name is Irene, and I live in Toronto, Canada. My birthday is the 3rd of February. I live with my younger brother, my parents, (yeah, what a surprise, I have parents.) and my dog, Latte.

My favourite DP is Rapunzel, but my favourite DP movie is The Princess and the Frog. I seriously think people are being too hard on that movie, but whatever. I also love...
continue reading... 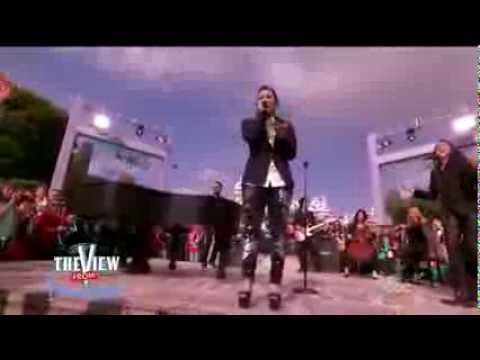 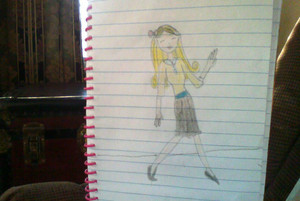 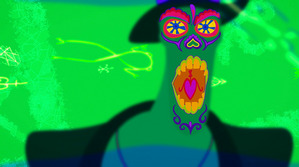 Sing to friend on other side!
We talk about the Princes and the Princesses but we never talk about how the villains sang because well out of the 12 films only 7 sing and I only counted 6 because Nữ hoàng băng giá just came out and not everyone has seen the movie hoặc own the soundtrack.

6: Jafar
He Mất tích this phiếu bầu bởi a landslide in fact bạn could tell that it was rigged for the others because well Jafar stunk at hát he only had one big song and I don't think anyone wants to remember it for that long.
Comments
"Just doesn't leave a lasting impression." MalloMar
"I've always found his voice very grating and hard to listen to." MaidofOrleans...
continue reading... 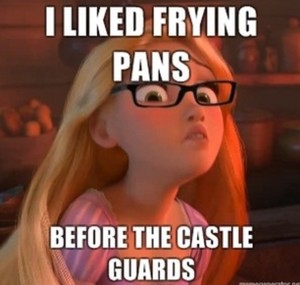 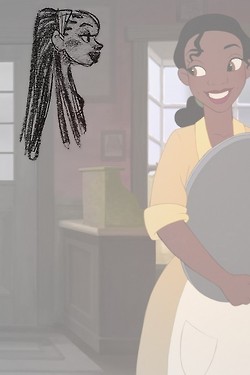 4
Beauty and the Beast-The Chuyện thần tiên ở New York Christmas-- Pt 4/7
added by Jill_17
video
You Might Also Like... 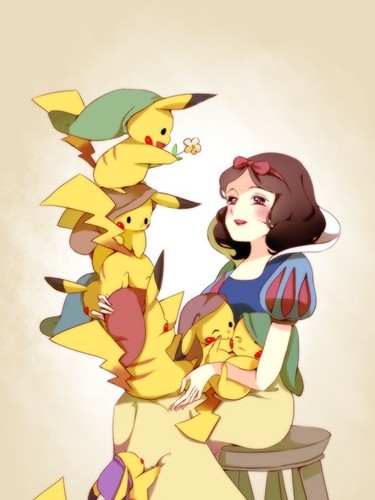 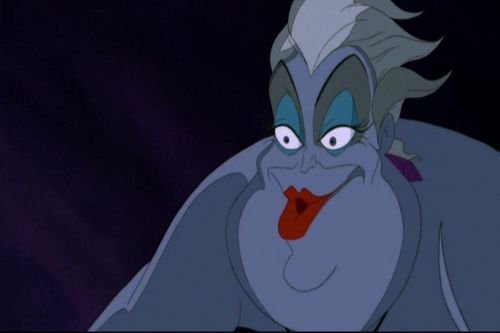 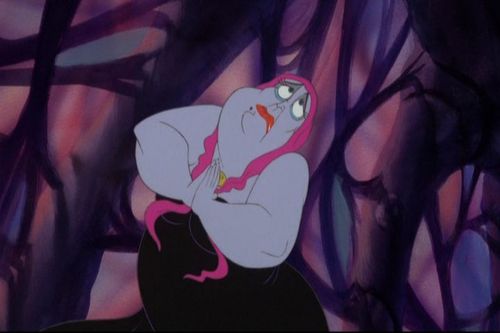 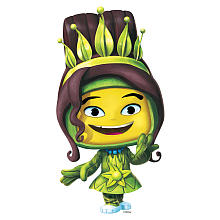 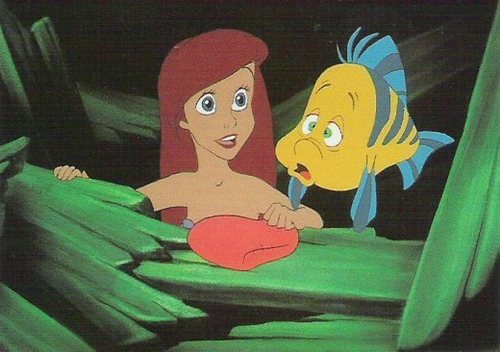 12. Ariel
I never did see why she's so popular. She defied her father and made a stupid decision trading her voice for a guy she only met...once. ONCE! That's just plain dumb, that's why she's at the bottom of the list, but if I have to say one thing good about the movie...it would be arguing with her father when she forgot the concert. I mean...what daughter doesn't argue with their dad?...
continue reading...
2
The Disney Princess Non-interaction rule RANT
posted by bluethunder25
I've got a large bone to pick with this whole rule where the princess can't interact with each other.

I seriously doubt the world would come to an end if the princesses communicated hoặc had polite conversation with one another. Those of us who are big những người hâm mộ of the lineup, such as myself, always tình yêu the idea of the princesses being Những người bạn with each other, so why not make it so. I do not, for the life of me, understand in the slightest bit, why the princesses have to be separated in their own realms and act like each other doesn't exist when they are tiếp theo to each other in a photo.

#1 Beauty & the Beast: One of the most touching endings I have ever seen this one is so beautiful as bạn hear the Beauty & the Beast song in the end and Belle dancing with Adam and bạn see the stained glass at the end. Simply beautiful.

#2 The Little Mermaid: Another touching scene that I tình yêu and the reason is because I tình yêu how Ariel says that she loves her father and bạn see her and Eric sharing true love’s kiss...
continue reading...
1
Wherever The Wind Takes Me, A "Pocahontas" Fanfiction. Chapter 4.
posted by TotallyMe105
A/N#1: Chapter 4 is actually something I have been waiting to write for awhile now. Last chapter for tonight.


My footsteps were light like a deer's as I hid in shadows and behind
trees.
It was easy slipping through the fence, the guards wern't the most
observant men. But still the thoughts of Natives laurking around waiting
for me to step out with bows and arrows truthfully frightened me.
I managed to grab a sword before I left from a tool shed where I would
return it in the morning, but for now it rested in its case on my hip
swishing as I walked along.
The forest was lush and green even...
continue reading...
More Cards
1234567891011121314151617181920