RainSoul's hàng đầu, đầu trang Ten yêu thích anime Openings Currently (Revise)
posted by RainSoul
Hello I'm back with a revised version of my yêu thích anime tunes. As anime những người hâm mộ we all can agree on that the openings are very important to a anime. I tình yêu âm nhạc and enjoy listening to it, so I find myself in my room with Death Note's opening ringing loudly in the stale air quite a bit. But what are my favorites. It was a tough câu hỏi to answer, and even tougher compiling my các sở thích in a hàng đầu, đầu trang 10, but I manged. I hope bạn enjoy the danh sách because I spent a lot of time and pored much energy into creating this.

Remember this is my opinion, and this time there are no honorable mentions. Thanks for your cooperation. Now onto the list.

Rules:
-Only one opening per anime
-Only openings from anime I have completed

I tình yêu this songs jazzy, bouncy, and cool beat and the male singer's mysterious and alluring voice that leads bạn into this crazy, wacky, colorful world with characters living there such as Watanuki, a high school student who since young had the ability to see spirits, and Yuuko a strange, wise, and beautiful yet most of the time half drunk cửa hàng owner who says she can grant bạn one wish. The art is out-dated but pleasantly unique and delightful to look at adoring a almost hazy dream-like otherworldly quality. But besides the art and âm nhạc I just genuinely enjoyed this anime, so this opening oozes nostalgia. I remember coming trang chủ after school and watching this. This is one song I wouldn't mind being spirited away with. 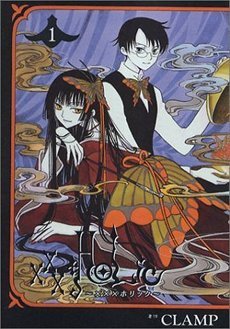 This song is addictive, grand, and powerful with a strong male singer sucking bạn in completely with the âm nhạc building and gliding around your eardrums. The art is gorgeous and fluid telling the opening story wonderfully. Ririchiyo the daughter of a abusive father who's a yokai is socially awkward and isolated from the world. Lonely and feeling alone in the world finds tình yêu from a cáo, fox demon secret service agent who is also lonely and alone through a beautiful way. This hiển thị is just beautiful in general. 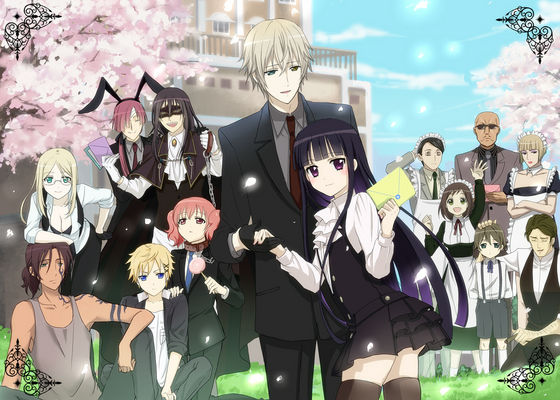 A bubbly, peppy, and a feel good about life song with a soft-spoken cute female solo singer who gets bạn excited to be served người hâm mộ service and cute girls. The âm nhạc is pop rock but it's additive and fun to listen to, it strangely makes bạn want to dance carefree and smile joyfully unafraid of life's troubles. The art is old but pretty and smooth. This song is nostalgic for me this anime is my first, and I tình yêu it. I definitely want to go this anime's way. 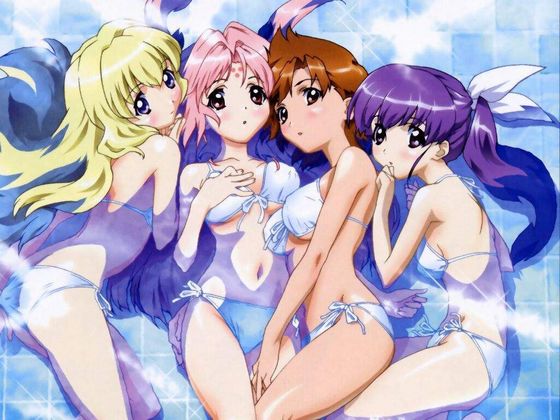 This song's âm nhạc immediately sweeps bạn off your feet and transferred bạn into this world with magical animal dna girls who fight aliens who work at a maid cafe. Wait wha-? Oh no your then greeted bởi a sweet and kind female singer who makes bạn feel warm, soft, and gooey yet excited, she gets bạn craving bloodshed with sparkles, floating girl shots, hot guys, and CATS. The art is cute and pretty, harmless. I want to fight with my animal warriors now to defeat the ali- Kisshu and Ichigo and this anime is so adorable! Girl power. I now need to go pet a cat and sob. 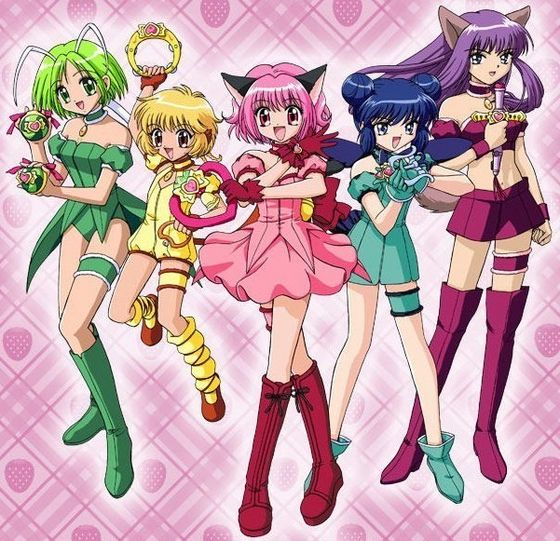 This song is simply epic and badass. The male singer is clear, passionate and strong with a roaring shedding metal đàn ghi ta, guitar supporting him. The art is amazing and pleasing to see as there's sparks and explosions caused bởi spirited bladers such as Ginga Hagane a sociable, optimistic, happy-go-lucky, naive, and yet fiery boy with fierce golden eyes who travels with his Những người bạn to save the world- and oh I adore this boy's rivalry and relationship with Kyoya. This song is additive and makes bạn feel excited, strong, inspired, and important it makes bạn want to go do something grand and worthwhile. 3, 2, 1 go shoot! 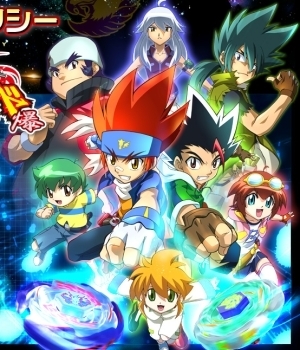 This song is exciting and blood-pumping and makes bạn ready to play some volleyball. The male leading singer is assuring, strong, passionate, and soaring like a con quạ in flight. The âm nhạc is awesome and amazing in the background supporting the singer, but noticeable, it gets bạn awake. The art is breathtaking oh god that eye shot with Hinata tracking the ball is stunning and jaw-dropping and the match shots are as well. I tình yêu this song for a different reason then most however. The lyrics are awe-inspiring, beautiful, and captures Karasuno's unwavering determination and Hinata's dream of flying perfectly, and I adore how this anime makes crows out in a good light. This song makes me fly high in the azure sky with my idiot bóng chuyền loving family fighting for our dreams. I tình yêu this anime so much. Karasuno fight! I need season four. 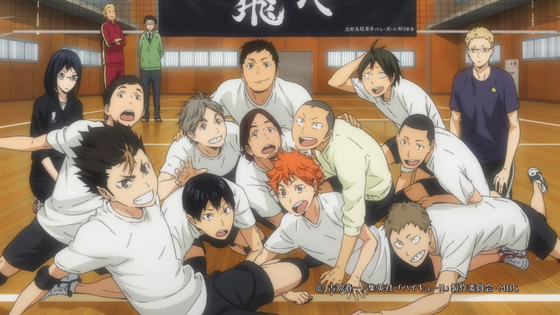 bạn are lifted into the air with glistening lights and greeted with heavenly flying đàn piano notes, a beautiful, crystal hát female singer who enchants and smittens your heart, and breathtaking, beautiful art the specialty of Key. A faded smiling girl, a memory now, named Nagisa is now married to Tomoya a blue haired man who was saved bởi love. They are living their lives happily when suddenly parenthood is a thing now. Can Nagisa live from the strain of illness, and what about the kid? Is Tomoya going to make it unscarred? Why are bạn crying, oh god not Nagisa, no Ushio, and oh no stop Tomoya get up stop cryi-! Is this anime emotionally manipulative and is your soul broken now? Well you'll never know because the art is so PRETTY, oh no don't cry oh stop with the dangos! Watch this anime if your Công chúa tóc xù enough you'll need boxes of tissues. Good luck Công chúa tóc xù soldier. 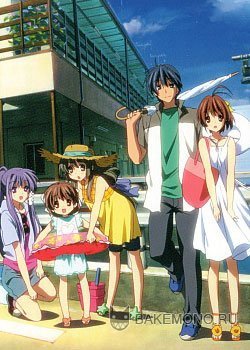 This anime and song are masterpieces. The story is inspirational about sacrifice, brotherhood, and perseverance. A tender, headstrong genius named Edward is an amazing no don't feel guilty brother that makes a mistake for the right reason, but Alphonse his cinnamon roll of a little brother suffers for it as well as he. They are on a quest to rewrite their sins against the truth and fix their bodies back to normal with the help of a mysterious red stone. We are greeted with Ed laying in a hoa patch in the rain with jazzy, bouncy, and cool beats and a rich, drawing voice of the male singer. The art is superb and the âm nhạc as well. The opening itself is nothing special, but its the anime it represents that makes it amazing. 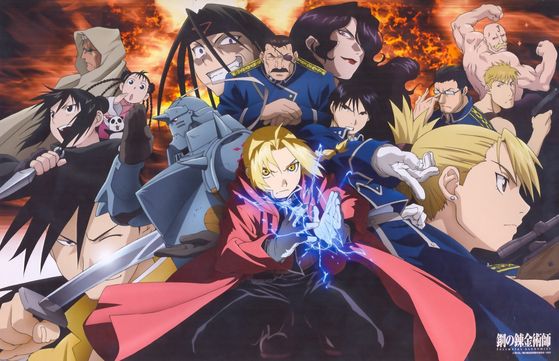 Your ears are assaulted with the dark rich strums of a passionate Spanish đàn ghi ta, guitar and the mischievous, foxy, melancholy, and yet vengeful voice of the male singer with raven feathers raining down. bạn see a snow white pale hand with a demonic symbol drawn with red ink on his hand. A demon. Ciel Phantomhive a arrogant, and cold, but hiding child with a dark tragic past makes a pact with Sebastian Michaelis a cunning, shark, and intelligent demon who will sever as his butler and help him carry out his revenge to the people who did him wrong in exchange for his soul. This opening is addictive, dangerous, and dark that sucks bạn in with its rock metal guitars and banging drums warning of a crazy fun time
with throwing knifes and pedophilia? Its a great anime I swear! I tình yêu to rock out to this dark tune littered with rose pedals, ravens feathers, and blood. 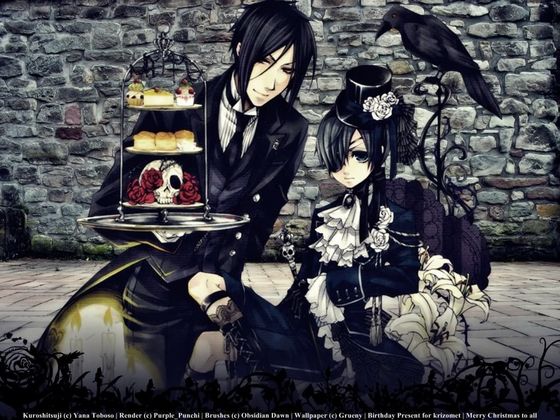 This is utter perfection. I tình yêu Brotherhood but I'm in tình yêu with 2003. Sorry let me take off my nostalgia googles.. This song and anime is my obsession. The song is hella additive, slow, but moving and to me it captures the essence of fullmetal. After Al's monologue, I never skip it, we are met with Ed's automail arm extended to the heavens willing for salvation, alchemical arrays, and again Ed stands arm out, but this time close to his brother ready to face the world. All through this we are flooded with rhythmical, fiery, fun, bouncy, âm nhạc and a colorful, assured, skyward seeking male voice that takes bạn on a journey with the brothers. To me this anime is about a journey, and this opening captures that, and as well as Ed's drive to get Al's body back, and the dangers lurking about. The âm nhạc gives a desert feel, but it's filled to the brim with hope, strength, and promise. The art is old, but the shot of Ed's automail is stunning and beautiful, and one of the highlights of the opening for me. My yêu thích scene is with Ed and Al fighting some bad guys, and Ed claps his hands and makes a rock face, jumps off from it to the camera with his arm blade out and golden orbs ablaze, teeth gritted, and blue sparks of alchemical energy surging, and he swipes the screen. This song is about Ed's drive and hope and it's sad, hopeful, tender, strong, reflective, but soaring like a dove. I tình yêu Al and Ed who's my yêu thích anime character, and this anime to death its my yêu thích anime so much that I hurt. This will always be my number one.

Fullmetal Alchemist
deathding and CokeTheUmbreon like this
CokeTheUmbreon Nice!
deathding First thing I wanted to mention. In my opinion, an opening is very important, but saying it either makes or breaks the show is too much. Not really important, just what I think. I also think that putting the text, then the image of the anime under the text (rinse & repeat) looks cleaner in terms of organization, but that part is purely opinionated, so take that statement with a grain of salt. The article is a bit apostrophe happy, as I noticed you used it many times when it wasn't grammatically correct, and it's where most of your errors are. But enough about grammar. Who am I, your English teacher? XD I quite enjoyed your use of elaborative techniques, as I could really imagine most of what you were trying to describe in my head, even if I've already seen the openings. Overall, I quite enjoyed this! It could look a bit neater and there's plenty of room for grammar improvement, but as a whole I felt like this was well worth my time. Nice job mate, I'm off to go listen to a few of these. :) 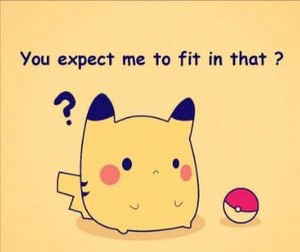 same
added by Jinx_Strangeman
Tamayura Character Information
posted by Windrises
This is about the characters from Tamayura. Tamayura is a anime show. If bạn want to know thêm about Tamayura please read this information.

The Main Characters
Fuu: Fuu is the protagonist of Tamayura. She is a high school girl. She Mất tích her dad years ago. She was sad about her dad, but she learned to honor his career and di chuyển on to the future bởi becoming a photographer. She is a shy, but dedicated character. She is loyal to her Những người bạn and family members. She has a younger brother named Kou. She has a habit of ending 2 words to the end of sentences, she does. 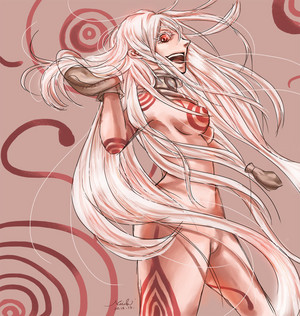 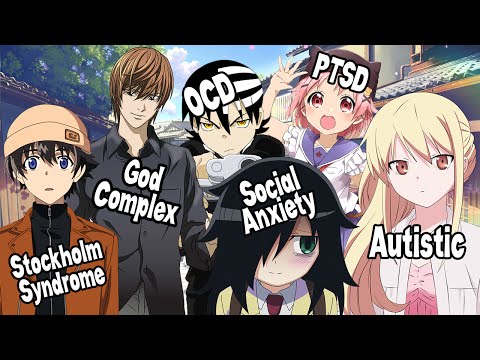 25 anime with Hidden Mental Illness
added by Bumbl_ee
This video is not mine. Credit goes to Misty Chronexia.
video
anime 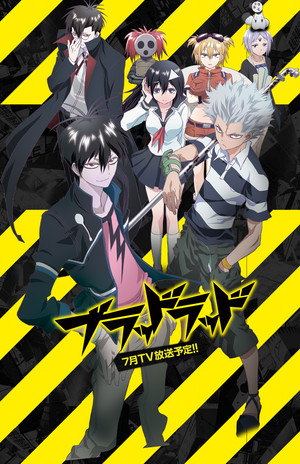 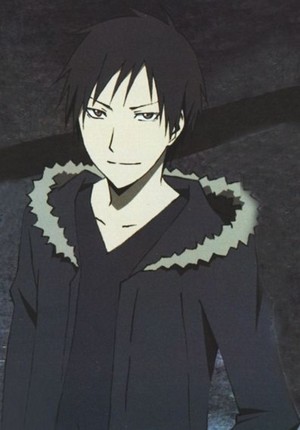 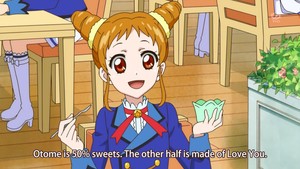 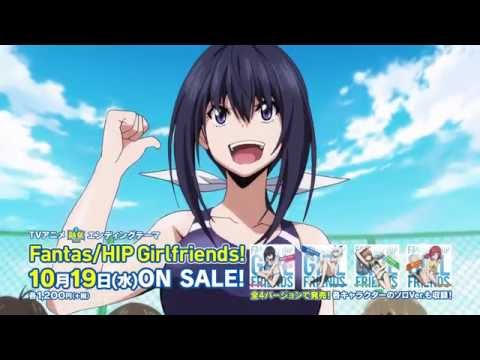 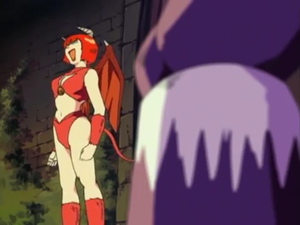 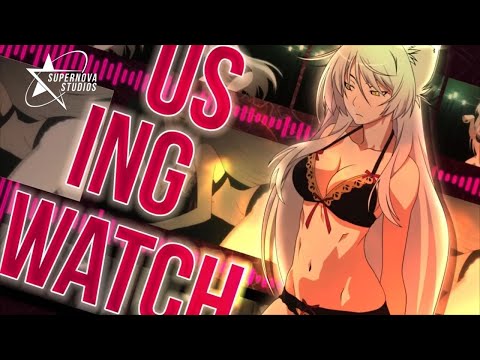 [SNS] • Into bạn MEP
added by Bumbl_ee
This video is not mine. Credit goes to SuperNovaStudios.
video
anime
amv
mep 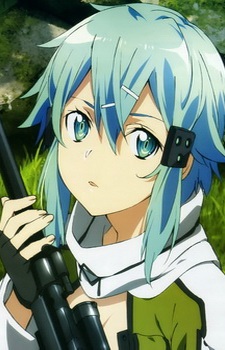 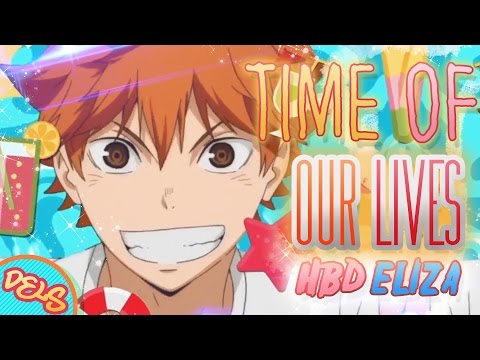 Del•S | Time of our lives
added by Bumbl_ee
This video is not mine. Credit goes to DelusionalStudio on YouTube.
video
anime
mep 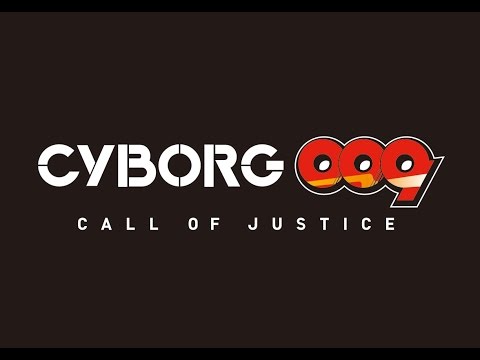 Cyborg 009 Call of Justice
added by MisterH
It will come in three parts.
video
cyborg 009
call of justice
anime 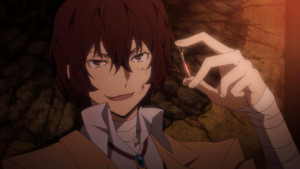 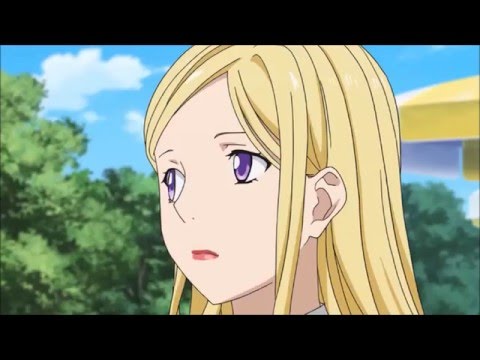 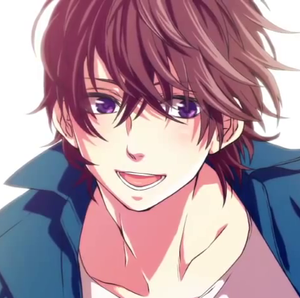 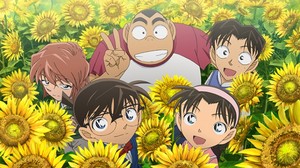 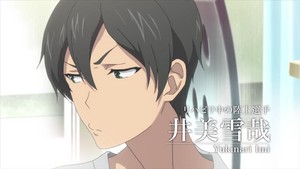